Differences should be celebrated -Minister Norton at opening of Harmony Village 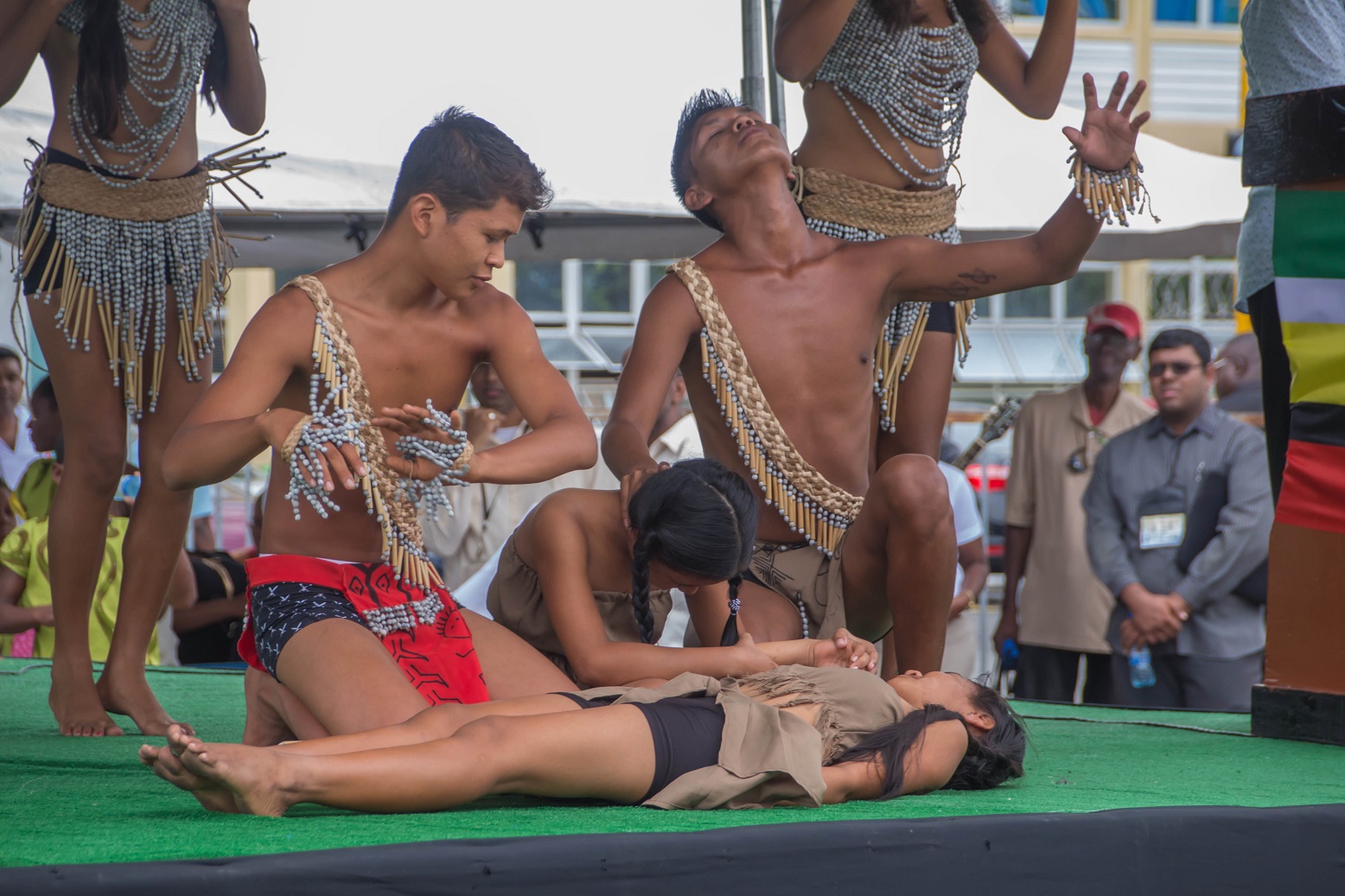 Georgetown, Guyana – (March 23, 2017) Minister of Social Cohesion, Dr. George Norton, today, called on Guyanese to move away from merely tolerating each other’s differences and to begin to accept them part of the diverse Guyanese identity, which must be celebrated rather than seen as a means of separation and segregation. The Minister was at the time delivering remarks at the launch of the Ministry of Social Cohesion’s Harmony Village, which was opened earlier today by Prime Minister Moses Nagamootoo on Main Street, Georgetown.

Dr. Norton in his remarks said that the Harmony Village depicts the culture and diversity, which exists in Guyana and noted that it is imperative for all Guyanese to be cognisant of the fact that there is beauty in diversity. “It’s my distinct pleasure to have each and every one of you here this morning to celebrate with us, the beauty which lies in the diversity of our country and its people. A variety of flowers make for a beautiful garden where each flower is equal in value. Each of us is unique in our own way and we should value each other not despite our differences but because of them. Our ethnicity, religion, gender, age, political affiliation and socio-economic status are just some of the forms of diversity,” Dr. Norton said.

In this respect, Minister Norton said that the Harmony Village will create an environment for a wide cross section of society to depict Guyana’s rich culture. It will allow, he said, Guyanese to have a greater appreciation for their culture and to learn more about the culture of their brothers and sisters.

Residents of St. Cuthbert’s Mission performing a cultural item at this morning’s launch of the Harmony Village

“We are also here to unveil our floating gallery, which will remain for an extended period, beautifying a section of this avenue with the images of Guyanese from varying backgrounds. These images depict the beauty which lies in the diversity of our people and the evolution of our society. Every Guyanese should take the opportunity to view this gallery. Harmony Village is a pilot event which we hope to build on in the years to come. It sets the stage for the 2017 campaign of the Ministry of Social Cohesion, which will see various activities being hosted in order to foster national unity,” he said.

The Minister of Social Cohesion said that every Guyanese has a role to play in the process of building a unified country and while Guyana is popularly known as the “Land of Six Peoples”, it is imperative that they see each other as one people.

Referencing the same phrase, Prime Minister Nagamootoo said Guyanese must remember that they are all one as the motto, “One People, One Nation, One Destiny,” states.

“We have transcended the history of those who came from Africa and Asia. We have left behind the distinction and embarrassment of caste in who we are and by what we are Guyanese. We are proud of our ancestry, free from the bondage of the past and blessed to be Guyanese… Our diversity is what makes us rich and it is our diversity, whether by way of ethnicity or our culture that makes us strong. This is what allows us to forge a bond irrespective of our differences and, therefore, again I wish to commend this initiative, which has been long due and absent in our lives,” Prime Minister Nagamootoo said. 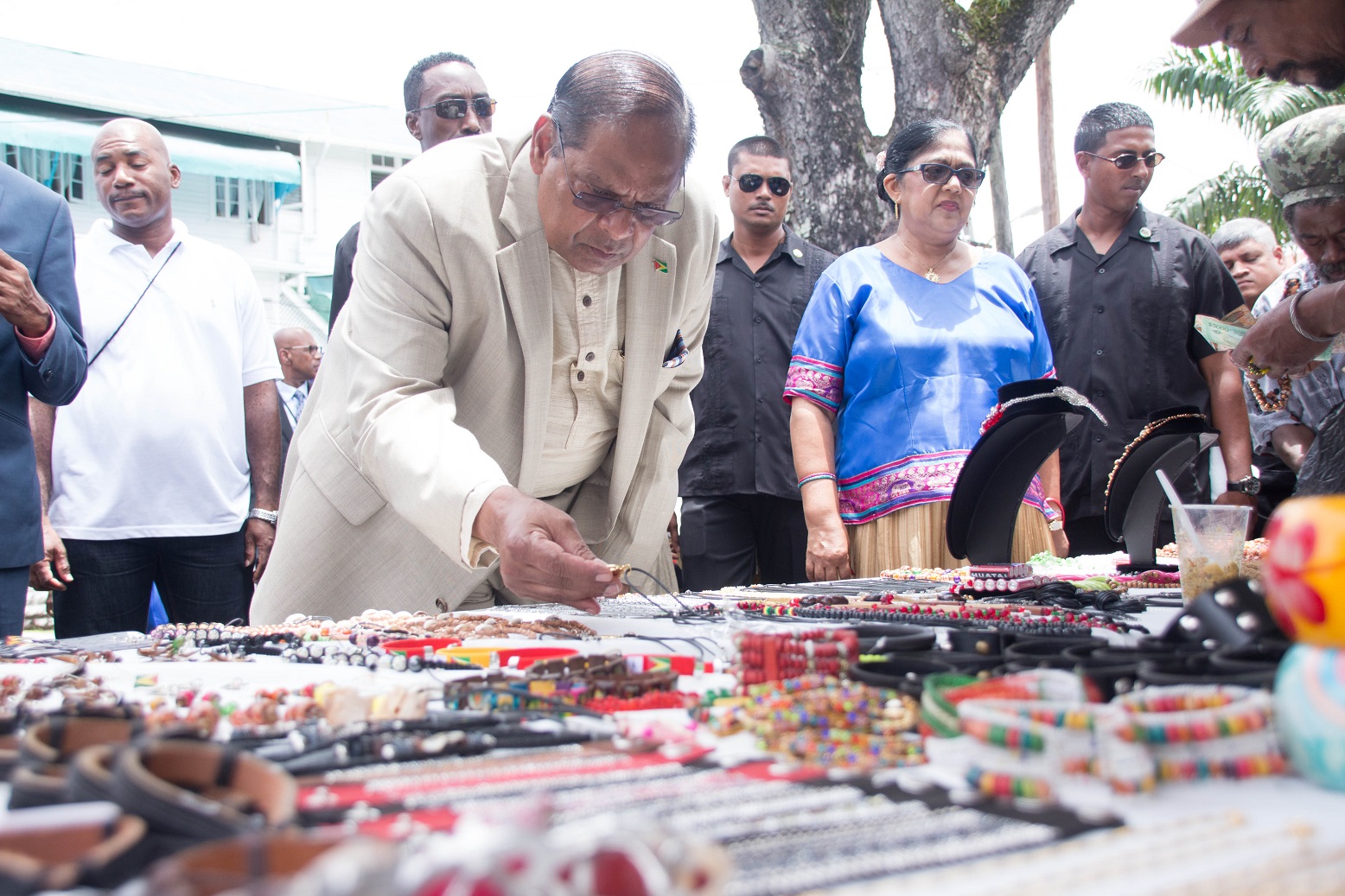 He noted that it is his desire to see the initiative taken across the country so that the ordinary Guyanese can be targeted and become involved in the process of promoting national unity and working towards the achievement of social cohesion. “This is a movement and it is not an urban based movement. It must be national and take roots in the countryside so that all can receive the message that irrespective of race, culture, politics or whatever our differentiating features are, we must build bridges,” he said.

Ms. Sharon Patterson, Programme Coordinator at the Ministry said that the idea to create a Harmony Village was born out a desire to showcase the collective mixture of differences as well as similarities of the various religious and cultural practices.

“It is an opportunity to look at who we are; what we have and to celebrate. It is to allow us to look at how we have evolved. Today we are not only embracing our rich cultural diversity but that of others. It is an opportunity for diverse groups to share a common space and while the space is being shared, the Ministry seeks to create an environment of enhancing social interactions, integration and harmony within the various cultural and religious groups across Guyana. It is an opportunity to celebrate what is unique to us while embracing the differences,” she said. 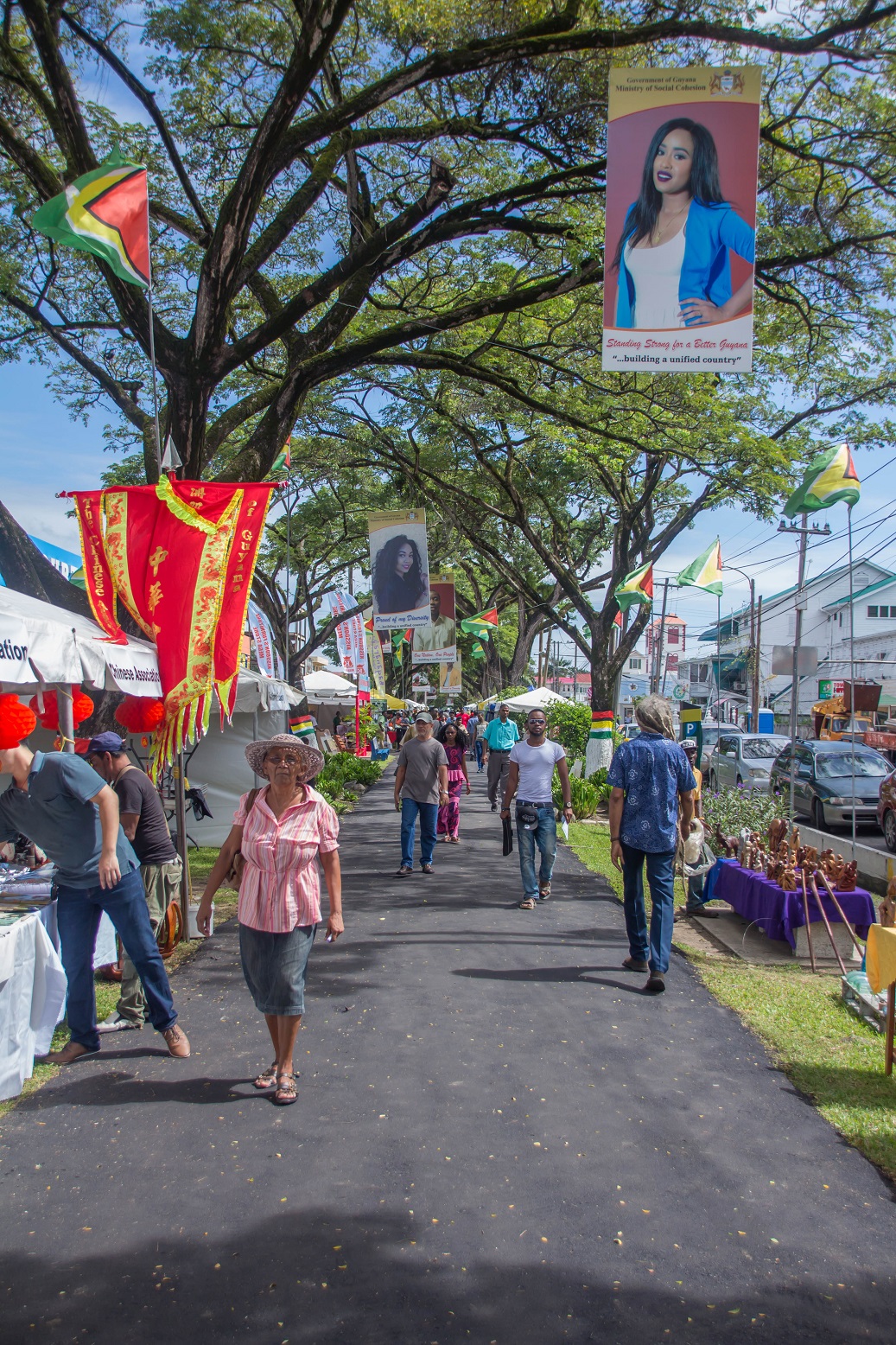 Visitors to the Harmony Village

Ms. Penda Guyan from the Ghana Day Organisation, in an invited comment, praised the initiative, noting that it brings the various religious and ethnic groups to work and coexist in one space. “I encourage people to go to each booth…because if we learn and understand each other’s history, we will be able to have the cohesion that we want. If we don’t learn and know anything about each other, then we can go away with a lot of misconceptions. So this is very wonderful, it is very uplifting and I hope that we can have many more of these,” she said.

Ms. Aisha Shaheed, in an invited comment also shared similar comments, stating that initiatives such as these will aid the process of social cohesion. “Without social cohesion we are nowhere so this is a great initiative,” she said.

Mr. TD Bhutia from the Indian High Commission said that he is happy to see projects such as these being executed in Guyana as the country possesses great wealth in its people and their cultures. “This is a step in the right direction,” Mr. Bhutia said.

The event is featuring approximately 30 booths, which are promoting local and international cuisine, cultural wear, dance, poetry, folklore and the display of art, artefacts and literature. It was also attended by Vice President and Minister of Public Security, Ms. Khemraj Ramjattan, Vice President and Minister of Indigenous Peoples’ Affairs, Mr. Sydney Allicock, other Ministers of Government, members of the diplomatic corps, members of the National Assembly and heads of religious and social organisations.