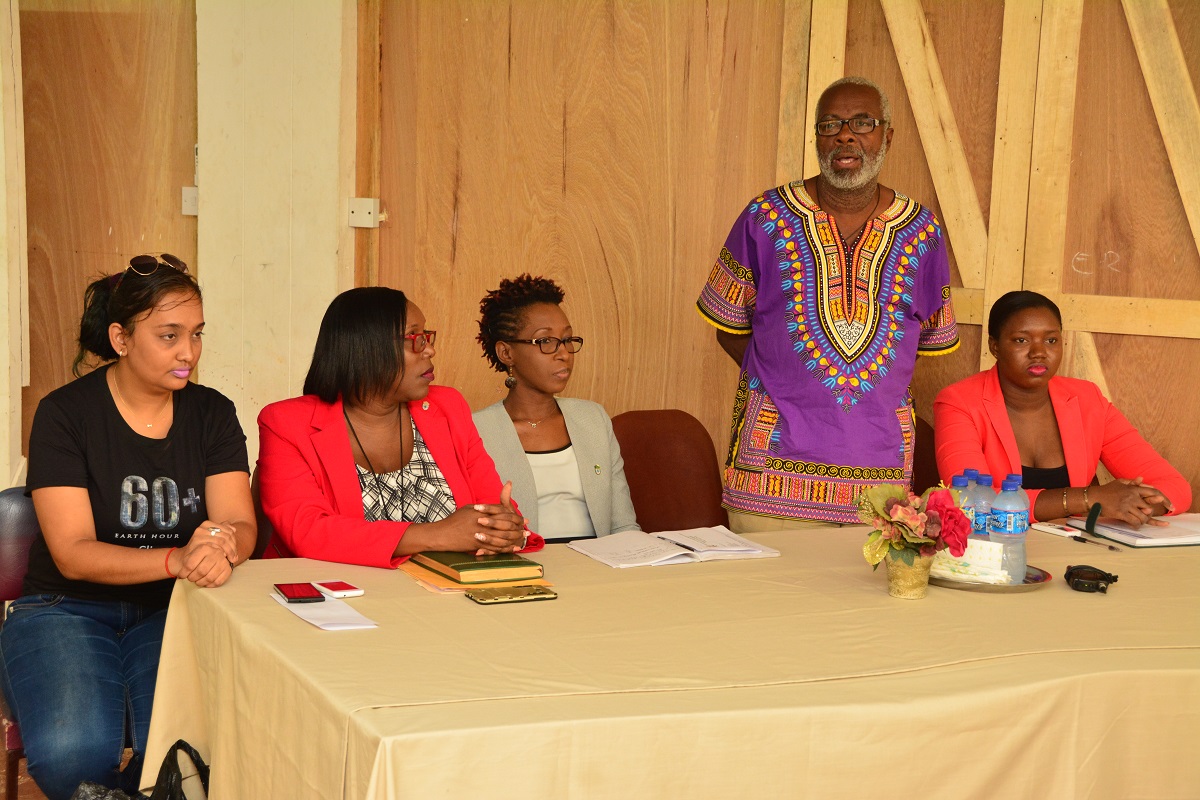 Georgetown, Guyana – (March 22, 2017) Three students of the E.R. Burrowes School of Art were declared first, second and third place winners of the Office of Climate Change’s (OCC) Logo and Tagline Competition. They are Mr. Dillon Craig, who won the first place prize of $150,000, Ms. Herschelle Pellew the second place winner, who bagged $75,000 and Mr. Ransford Simon received $50,000 coming in at third place. The winners were presented with their cheques today at a simple ceremony at the school.

The OCC’s Head, Ms. Janelle Christian explained that in December 2015 when she took over management of the Office, it was recognised, based on engagements with other agencies and the public in general, that persons were not too familiar with the work of the department. “We felt that as we look ahead in our strategic plan and as we restructure the work of the Office that there must be some way for people to identify with the Office and for us to brand the work that we do and so we felt that it was important for us to create a log that will be synonymous with our work and also a tagline, which will speak succinctly to the objectives and mandate of the Office,” she said.

In this regard, the OCC’s communications department engaged with the school to have its students participate in the competition. However, there were some challenges in terms of interpretation of work of the department and this led to further engagements whereby officials from the OCC held some informative sessions with the students to give them a better understanding of the work of that Office as well as about climate change and its effects.

Administrator of the E.R. Burrowes School of Art, Mr. Ivor Thom making brief remarks at the prize giving ceremony. Seated at the head table are, from left: Representative from the Caribbean Youth Environmental Network, Ms. Sophia Gafoor, Communications Specialists at the OCC, Ms. Yasmin Bowman, Head of the OCC, Ms. Janelle Christian and Ms. Janelle Hamilton-Young from the E.R. Burrowes School of Art

Ms. Christian said that as a result of this intervention, the second batch of entries was very impressive and it was clear that the participants had a better grasp of what the OCC was all about. She noted, however, that for practical purposes the winning design, as is, cannot be used as a corporate brand logo and, as such, the department has sought the services of professionals, who will fine tune it is in keeping with the accepted standards of a corporate logo and branding.

Administrator of the E.R. Burrowes School of Art, Mr. Ivor Thom said that the administration and students of the school are extremely happy to have been included in this significant project. He also expressed that hope that other government agencies and private sector companies will give the school the same kind of recognition.