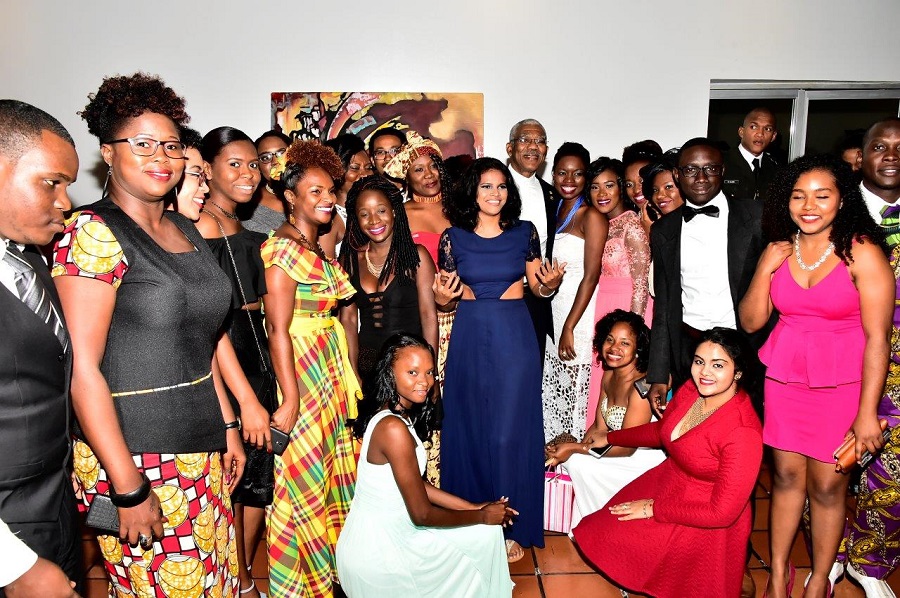 Georgetown, Guyana – (March 20, 2017) President David Granger, who is also the patron of the Rotary Club of Guyana, last evening, attended the ‘One Caribbean Charity Gala’ at the Pegasus Hotel. The event was organised by the Rotaract Club of Georgetown, who have committed themselves to raising funds in support of a water conservation project in Bintouribe, Marmont in the Republic of Haiti.

Speaking on water scarcity and the challenges faced by that country, President Granger said, “Haiti has been very unfortunate. It has been damaged by a succession of natural disasters; earthquakes, floods and hurricanes. They were two devastating hurricanes in one year in Haiti alone. Our sister State needs our support and solidarity. It is part of the one Caribbean family, which we speak about.”

President David Granger and members of the Rotaract Club of Georgetown

The event is part of the annual ‘World Rotaract Week’ observance, during which clubs celebrate their work. The President said that the Rotaract Club, which is the youth arm of the Rotary Club, has been an important vehicle for self-actualisation for young people that brings them together in the spirit of service and instils a deep sense of social responsibility. “They can successfully channel their enthusiasm and enterprise of their young membership into projects which benefit communities in our country. The Rotaract Club of Georgetown, for the past 32 years, epitomised the virtue of selfless volunteerism,” President Granger said.

He singled out a few major projects that the Club has embarked on including its work with children at Sophia and its partnerships with other organisations to support housing projects for vulnerable groups. This year the Club has chosen has its focus, public education and projects relating to water sanitation.

Describing access to clean water as a basic human right, the Head of State reminded of the United Nations Sustainable Development Goals, one of which speaks to universal and equitable access to safe, affordable water for all by 2030. “Water is essential to life, we cannot do without water. Water is needed for personal hygiene, cooking and washing. Water is essential for agriculture, industries, economic growth, employment and public health,” he said. 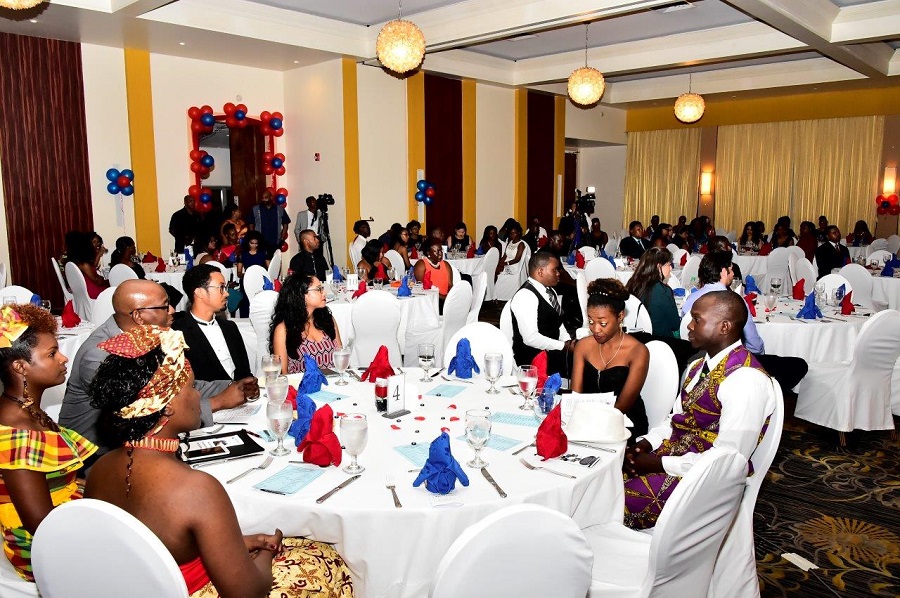 A section of the gathering at the Pegasus Hotel

The President added that the ‘Green State’ agenda, which seeks among other things, to eliminate threats to the country’s water resources posed by floods, droughts and pollution caused by activities such as mining. “Clean water is not just scarce. It is also costly… The average cost of a litre of water is G$240 and the cost of a litre of gasoline is G$190. So we are living in a world in which water is already more expensive than gasoline,” the President pointed out.

Over the years, the Rotaract Club has been in close partnership with the Guyana Water Incorporated (GWI) in an effort to push their programme of providing potable water to various communities. Mr. Ramchand Jailall, GWI’s Planning and Implementation Director explained that the company has been partnering with this organisation because their work programme is aligned with the Government’s commitment of providing equal access to safe, adequate and affordable water supply and improved sanitation to all citizens. Moreover, this commitment forms the basis of GWI’s strategic plan.

He said that the water company is currently implementing a $2B programme, which will see improved water and sanitation infrastructure in all of the Administration Regions, particularly the hinterland. Some of the projects include: the construction of septic tanks in Regions Three, Four and Six for about 1000 households that are lacking basic sanitation and the construction of new water treatment plants at Diamond, Uitvlugt and Sheet Anchor. Additionally, GWI and the Rotary Club together, has constructed new water supply infrastructure at Kuru Kuru and Coomacka and Old England in Region 10. 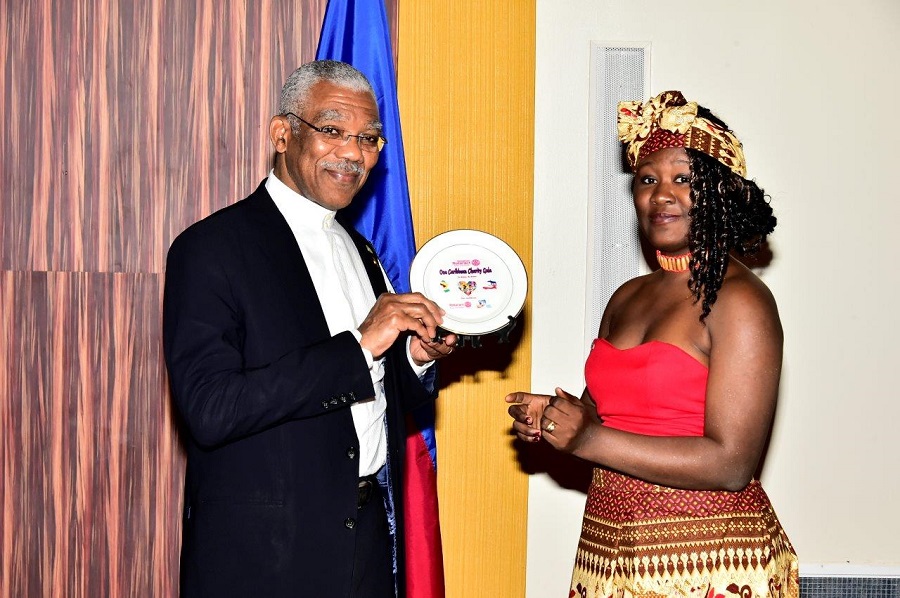 President David Granger received a special plaque from Ms. Noelle Plass as a token of appreciation for his attendance at the Gala

Recently, the Club has requested monetary and technical assistance from GWI their international community project to be executed in Haiti and Mr. Jailall said that the company has readily agreed to provide this support.

President of the Rotaract Club, Ms. Noelle Plass said that for this year, they will be rolling out projects such as: blood drives, eye care project at the East Le Penitence Night Shelter, Christmas cheer project, a recycle fair as well as the ongoing Sophia Literacy project.

The Club is a non-governmental volunteer organisation that has been in existence for over 30 years under the sponsorship of the Rotary Club of Georgetown. It is made up of individuals between the ages of 18-30.

The evening’s proceedings also featured a fashion show put on by local designers and a raffle draw that was sponsored by several private sector companies including the Pegasus Hotel, Roraima Group of Companies, the Guyana Power and Light, Sterling Products Limited, King’s Jewelry World, the Chilean Embassy and Impressions Printing.