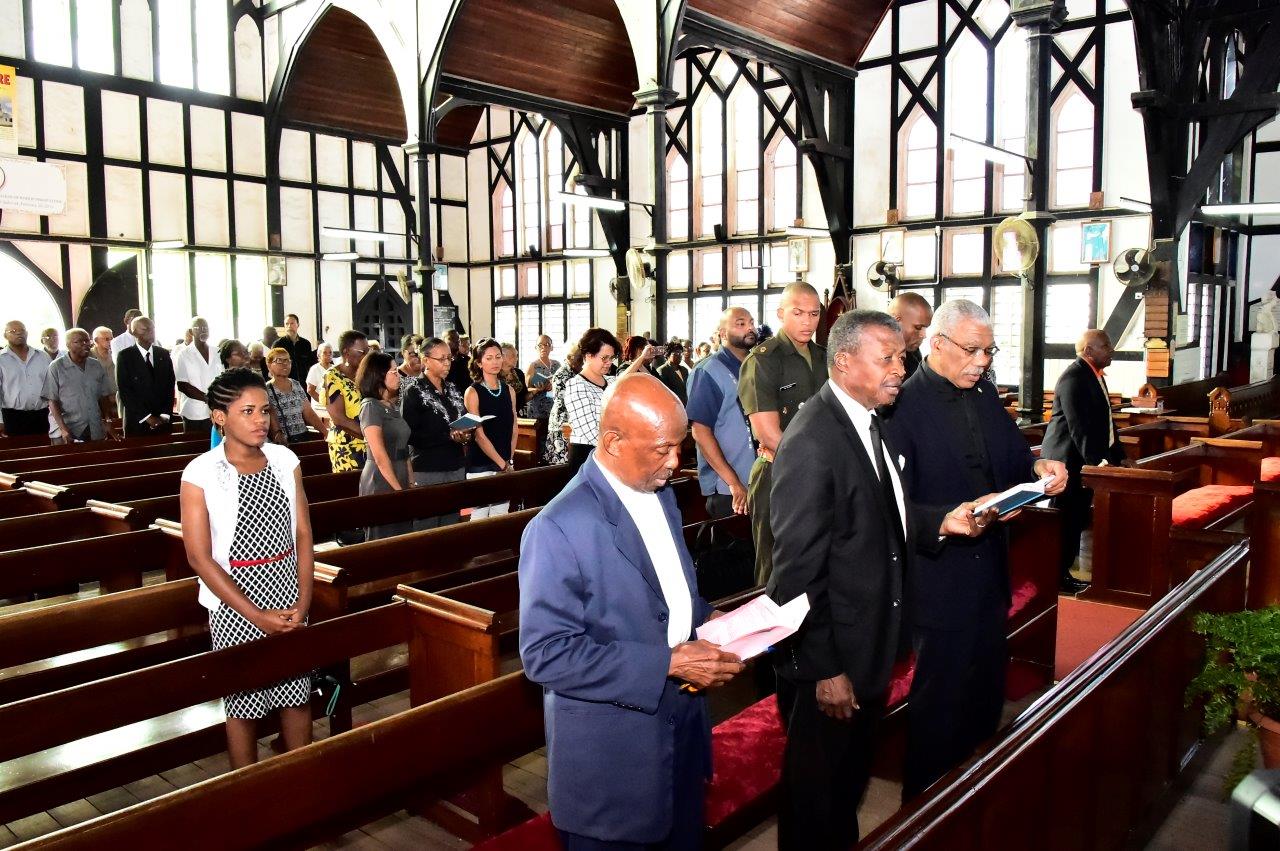 Georgetown, Guyana – (March 18, 2017) President David Granger, last evening, attended a special memorial service held in celebration of the life of the late Mr. Noel Gordon Sinclair, an eminent diplomat who once served as Guyana’s Ambassador to the United Nations (UN). The service was held at the St. George’s Cathedral.

The service saw the attendance of a number of dignitaries including Speaker of the National Assembly, Dr. Barton Scotland, Minister of Business, Mr. Dominic Gaskin, former Mayor of Georgetown, Mr. Hamilton Green and his former colleagues; Ambassador Colin Grandison from the CARICOM Secretariat, Director General in the Ministry of Foreign Affairs, Ms. Audrey Waddell and Ambassador Elizabeth Harper.

Born in 1940, Ambassador Sinclair had a long and distinguished career in the field of Foreign Service. He served as Third Secretary in Guyana’s Embassy in Caracas, a Second Secretary at Guyana’s Embassy in Washington from 1969 to 1972 and First Secretary in the country’s High Commission in Lusaka, Zambia from 1976 to 1979 before assuming the role as Permanent Representative to the UN in 1979.

He died on February 4, after a prolonged battle with cancer.