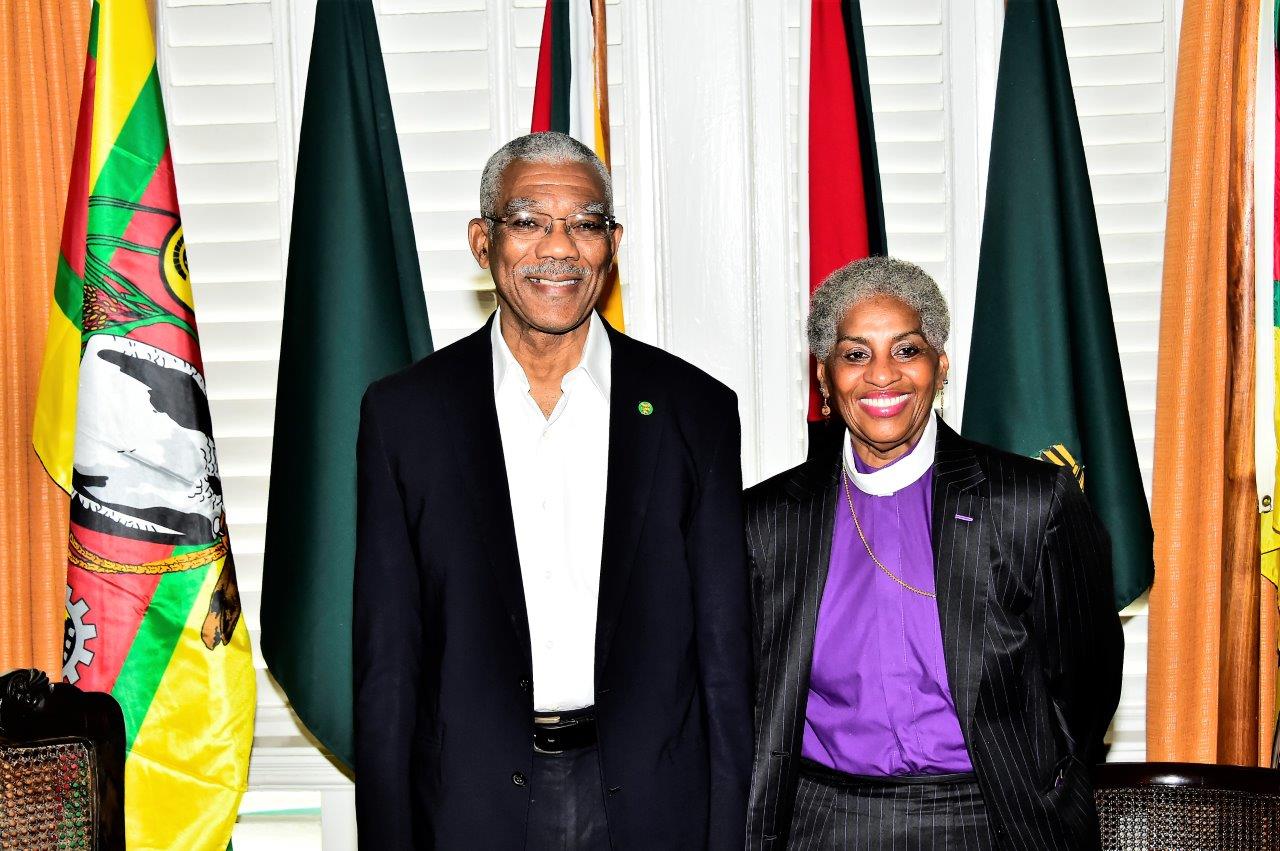 Georgetown, Guyana – (March 16, 2017) President David Granger was, today, paid a courtesy call by Bishop Dr. E. Anne Henning Byfield and a delegation from the St. Peters African Methodist Episcopal (AME) Church. Some of the members of the delegation are in the country for the Guyana-Suriname Annual Conference, which is scheduled to commence today and conclude on March 19 at the Wright’s Temple AME Church in East Ruimveldt. The meeting was held at State House.

During their discussions, Bishop Byfield told the Head of State that the AME Church is committed to doing in part to assist in national development. In this regard, she spoke of a number of programmes and areas in which the church can partner with the Government to support vulnerable groups, particularly youths.

After listening to their plans, the Head of State said that much of what he has in mind for young people revolves around education and training and assured the delegation of his Administration’s full support for any such initiatives that are organised by the church.