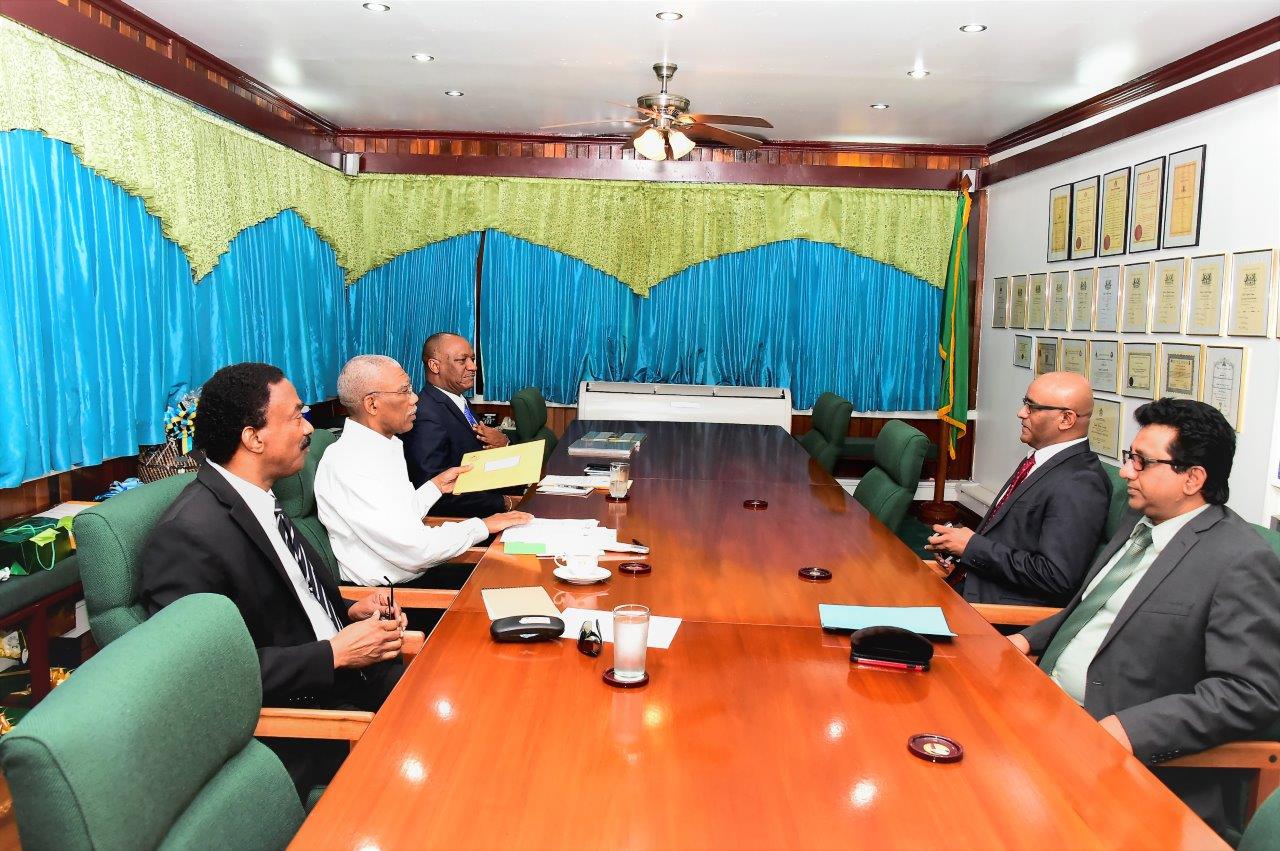 President David Granger and Opposition Leader, Mr. Bharrat Jagdeo, today met for the second time in just over a week to discuss the much talked-about appointment of a new chairperson for the Guyana Elections Commission (GECOM). This meeting was a follow-up to one that was held between the two sides on March 1. Minister of State, Mr. Joseph Harmon, Attorney General, Mr. Basil Williams and PPP Member of Parliament, Mr. Anil Nandlall were also present at the meeting, which was held at State House.

Additionally, President Granger undertook to prepare a letter outlining the qualities he expects in a nominee. This letter will sent to the Opposition Leader within a week to further guide his selection process following which he will be expected to submit his new list. Minister Harmon also said that while a date for the next engagement with the Opposition Leader has not be fixed, there is not going to be much delay in concluding this particular issue.

The two parties also discussed the appointment of two judges, who were recommended by the Judicial Service Commission (JSC) to sit in the High Court and the Court of Appeal, which is a matter that the Opposition Leader raised with the President last week.

“His Excellency indicated to the Leader of the Opposition that he sent a letter to the Acting Chancellor and the Chairman of the JSC asking them to provide some additional information and based upon that he is going to exercise his judgement,” Minister Harmon informed

Last week, President Granger invited the Opposition Leader to discuss the appointment of Justice Yonette Cummings-Edwards as Acting Chancellor of the Judiciary and Justice Roxanne George-Wiltshire as Acting Chief Justice. These two appointments has since been agreed to by the Opposition.