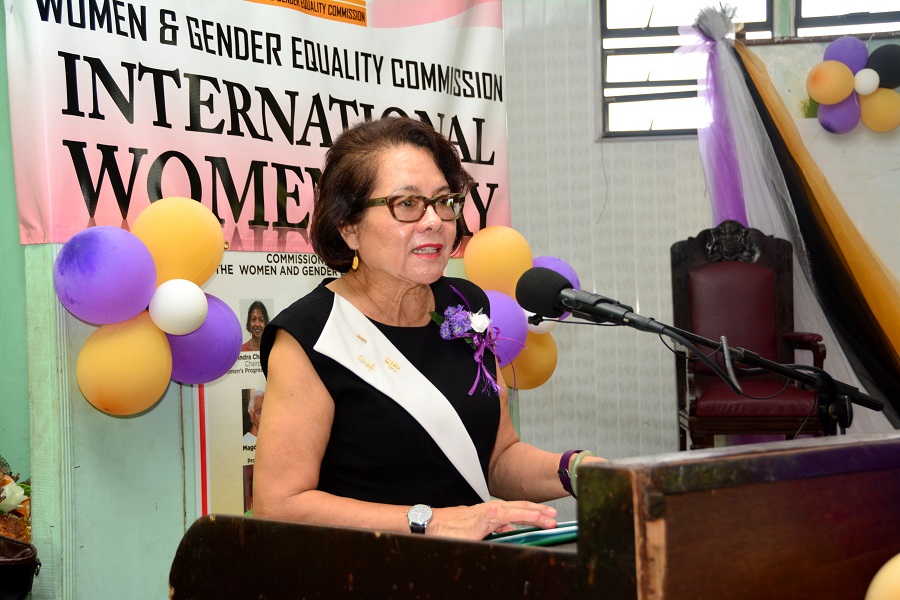 Georgetown, Guyana – (March 7, 2017) First Lady, Mrs Sandra Granger, today, attended a roundtable discussion for International Women’s Day, which will be observed tomorrow under the theme, ‘Women in the Changing World of Work; Planet 50-50 by 2030’, at the Carifesta Sports Complex, Carifesta Avenue. The event which was hosted by the Women’s and Gender Equality Commission (WGEC) was discussed under the theme ‘Is Gender Parity Possible by 2030?’

Speaking during the discussions, the First Lady said, “I believe that with behavioural change, determination and serious concerted action we can become a healthier, more educated, more confident and productive society. We can then achieve gender parity in not too distant future.” The First Lady in her address the women said she added that women need to recognise and address the social and economic factors limiting easy access to education for the development of women and girls in Guyana.

Mrs. Granger said that in order for gender parity to become a reality several steps are required. “Our entire population must be educated to understand the long-term implications of gender disparity. We must be bold for change. We must speak up and speak out against injustice. A comprehensive country-wide campaign should be launched to socialise our women and men, girls and boys so that they recognise and desist from behaviours, which harm us individually, collectively, socially and economically, Mrs. Granger said.

Dr. Barbara Reynolds, Deputy Vice-Chancellor Planning of International Engagement at the University of Guyana in her address said that parity begins at home and applies in the daily lives of women. She added that calling for greater unity among women is also part of ending disparity, noting that women’s voices and votes play an integral part in ensuring gender parity. 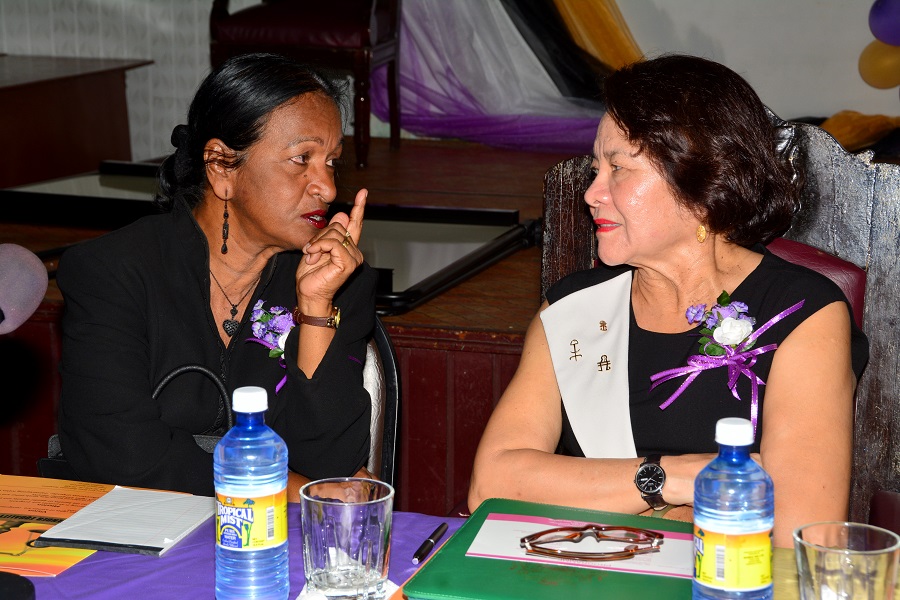 Ms. Indranie Chanderpaul Member of Parliament and Chairperson of WGEC said that “All of us, whether we hold positions in the various ministries, the highest office of the land in political parties, wherever we are, it is our responsibility to begin that discourse and to encourage, wherever possible, the dialogue so that we can work towards 50-50 in 30 years’ time,” Ms. Chanderpaul said.

Meanwhile, Mr. Lawrence Latchmansingh, Chair of the Justice and Peace Commission of Roman Catholic Church in Guyana called for the full value of women to society to be recognised and harnessed. “Men need to become champions and advocates for women as well… so treating them as potential assets as opposed to present or liabilities… We are not doing enough to harness the capacity of women as peace builders…” Mr. Latchmansingh said. 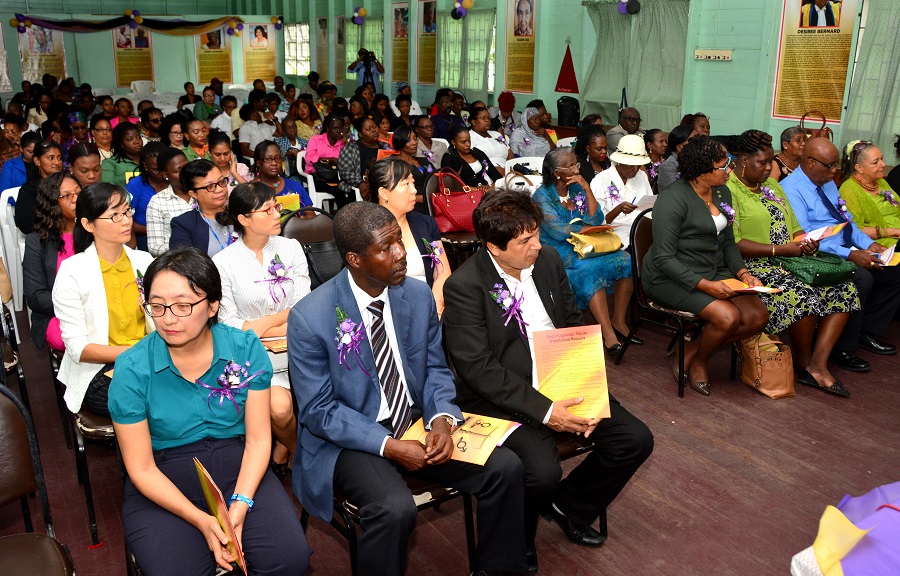 A section of the audience including (first from left) United Nations Development Programme (UNDP) Resident Representative, Ms. Mikiko Tanaka, (fourth from right) Minister within the Ministry of Public Infrastructure, Ms, Annette Ferguson, Member of Parliament and other representatives of various organisations.

The discussions were accompanied by cultural presentations including spoken word poetry from the Jazz and Poetry on a stool artists. Also present at the event were, Minister within the Ministry of Public Infrastructure, Ms. Annette Ferguson and United Nations Development Programme (UNDP) Resident Representative, Ms. Mikiko Tanaka.