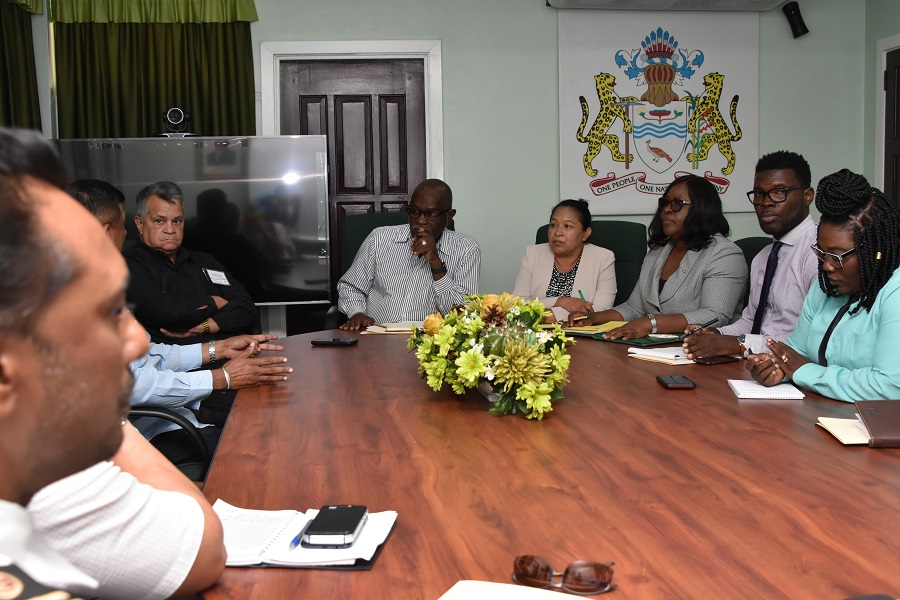 Nassau, Bahamas – (March 3, 2017) President David Granger, last evening, engaged the Guyanese diaspora in The Bahamas, where he is currently on a state visit, urging them to invest in their country of birth, particularly in the areas of ‘green’ tourism, education and Information and Communication Technology (ICT).

The President, in delivering remarks at a reception held in honour of his visit by the Guyana Bahamas Association, said that Guyana has a bright future, especially given its pursuit of a ‘green’ economy and the discovery of oil. As such, Guyanese, particularly in the diaspora, can take advantage of the opportunities presented and invest in the country.

“…we are also bent on creating a more entrepreneurial society and here we have to come to The Bahamas to make entrepreneurship work. Guyana is on the way to becoming a ‘green’ state and I hope that those of you who are here, if you wish to do so, invest in Guyana. You can set up tourist companies, help to invest in Guyana, help to develop information technology in Guyana to teach our children to move quickly into the 21st century of education, to develop infrastructure so that we can be able to access some of these areas where we have our tourism potential and product, we need roads and highways and bridges and what we call ‘Stellings’,” the President said.

The President promised to ensure that Guyana becomes a thriving hub in the Caribbean region, and a place where a good life is provided for every citizen, one similar to that enjoyed by other Caribbean nationals.

“So there is a lot of excitement in Guyana, we feel that as we go on. Guyana will become a better place for you, for your children and grandchildren; it will be a better place for the entire Caribbean. We feel that, being the ‘hinterland’ for the Caribbean, we will be able to make all of the descendants of the immigrants who came to work on the plantations richer and happier and in a position to enjoy the good life,” he said.

Noting that the present administration, since its assumption to office, has been working tirelessly to ensure that equality particularly in the area of education achieved, the President said that cooperation and collaboration between the Government and the diaspora in this area, can only serve to make the country better. In this regard, the President thanked the Guyana- Bahamas Association for its support to the ‘Boats, Buses, Bicycles plus Books and Breakfast’ (Five B’s) Programme, which is aimed at removing the barriers to the access to education.

“We are extending our country in the area of equality so that people on the Coastland and the Hinterland can have equal access to our resources. We are developing our education system so our children in what we call the ‘bush’ can have equal access to education as the children on the coastland,” the President said. “My wife Sandra and I have started a process of sharing buses, bicycles and boats and the Guyana Bahamas Association has donated to that programme in the form of bicycles. You, here in the diaspora, have helped to provide those children with bicycles to get to school. Too many of our children drop out of school because they cannot get to school. So apart from trying to find a way to create a more equal society. We are trying to better educate society.” 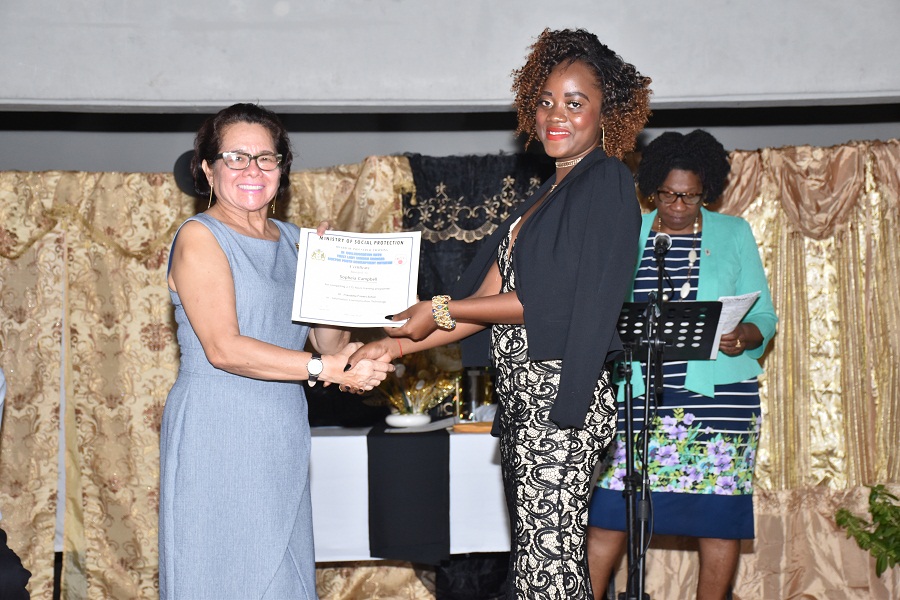 President Granger receives a portrait of himself from Bahamian artist, Jamaal Rolle

The President, who is in The Bahamas, for what he described as an economic mission, said that with the anticipated developments in Guyana, Government is looking to strengthen its investment potential and to establish trade and commerce in areas outside of the traditional gold, diamond, sugar, timber and bauxite industries.

“Bahamas is one of the highest per capita countries in the Caribbean community and we are here to learn how you did that because we feel that the resources we have in Guyana, although they have served us well for the last century; some of the countries don’t have these resources but they have come out to be richer than Guyana. We now have to not only make greater use of those profits of those resources but we have to diversify. By the time you come home, you will probably hear that Guyana is producing petroleum and as Eric Williams once said “oil don’t spoil”, but if we don’t manage it properly, it can spoil us and we don’t want to be spoilt. We have embarked on a programme to make Guyana a green state…we are creating a green state in terms of our environment,” he said.

Referencing the tragic death of Marisha Asha Bowen, who was found dead in her Nassau, Bahamas apartment on September 9, 2016 with multiple stab wounds, the President said that such violence is not typical of Bahamas and he urged the Guyanese who live and work in the Bahamas to continue to be good citizens of the country.

Meanwhile, the President of the Guyana Bahamas Association said that the organisation can become a link between the two countries to ensure the transfer of skills, expertise and knowledge between the Bahamians and Guyanese and foster greater cooperation between the two nations.

Mr. Jairam Mangra, Honorary Consul to Guyana, said that he is very pleased that the President was present as this is the first time that such a senior delegation has visited and engaged the diaspora in that country.

The Guyana Bahamas Association was established in Nassau on March 30th 1996.
The event was attended by the Deputy Prime Minister of Bahamas, Mr. Philip E. Brave and Minister of Foreign Affairs and Immigration, Mr. Fredrick Mitchell.