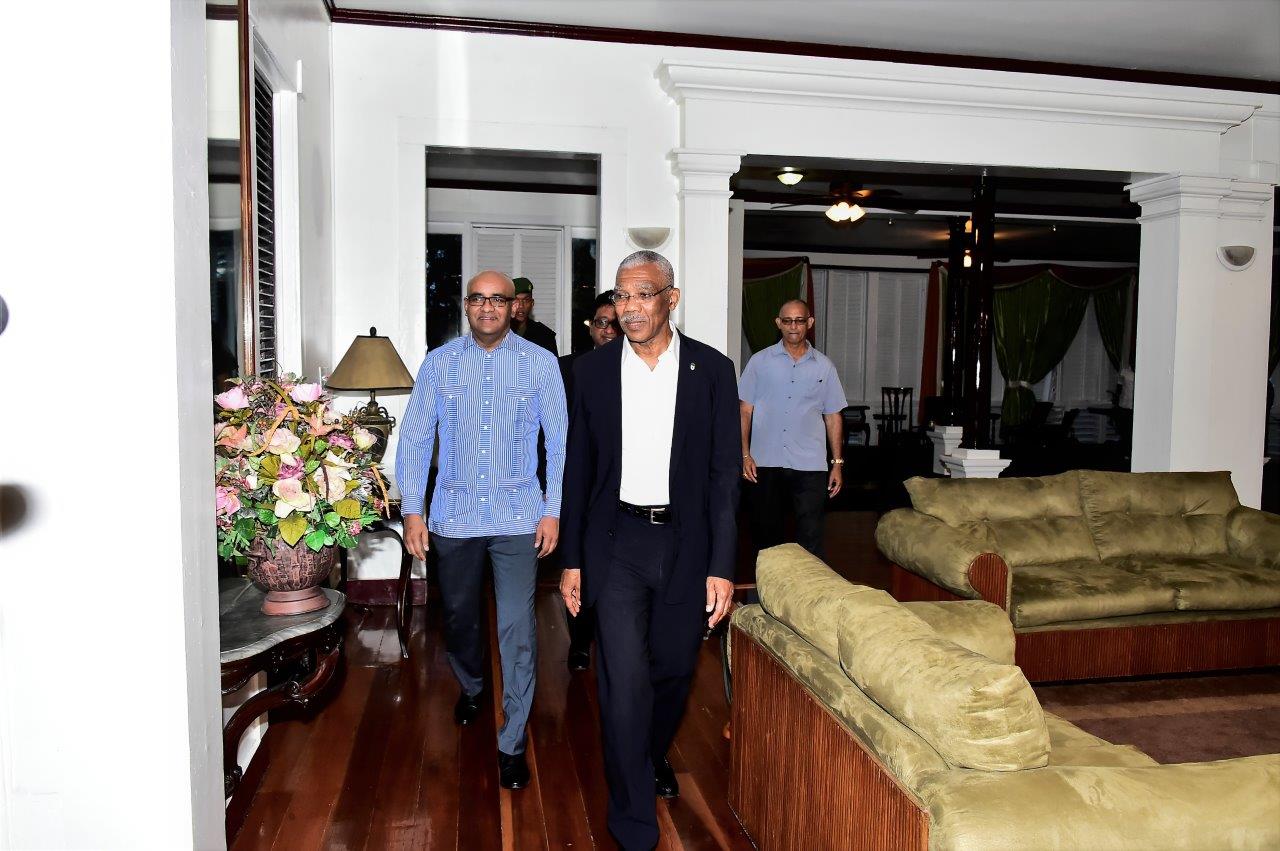 Georgetown, Guyana – (March 1, 2017) President David Granger, this evening, met with Leader of the Opposition, Mr. Bharrat Jagdeo, as is Constitutionally required, to consult on the appointment of an Acting Chancellor of the Judiciary and Acting Chief Justice.  Following that meeting, Minister of State, Mr. Joseph Harmon announced that effective today, March 1, 2017, that Justice Yonette Cummings-Edwards, who has been acting as Chief Justice will assume the responsibility of Acting Chancellor and Justice Roxanne George-Wiltshire will replace her as the new Acting Chief Justice.

The State Minister, who along with the Attorney General, Minister Basil Williams, accompanied the President at the meeting, said that discussions between the Head of State and Mr. Jagdeo were ‘meaningful’ and ‘very frank and fruitful’.  He added, however, that though the Opposition Leader requested a period of seven days to submit additional names for consideration, there is no requirement for him to agree for appointments of Acting Chancellor and Chief Justice and the President can make such appointments once consultations are held according to the Constitution of Guyana.

For the substantive posts of Acting Chancellor and Chief Justice, though, Article 127 of the Constitution says “The Chancellor and the Chief Justice shall each be appointed by the President, acting after obtaining the agreement of the Leader of the Opposition.”  To ensure that there is a an open and transparent process that helps the President and the Leader of the Opposition to reach an agreement, the Government has begun a process of selection, which will include consultations between the two parties.

Both posts were advertised and applications have been received as recommended by President Granger.  Minister Harmon said, “A panel was put together, which comprised former Justice of Appeal, Ms.  Claudette Singh, Mr. James Patterson, and Mr. Harold Lutchman. The panel of course met and we are waiting the report of that panel. Once that is submitted to His Excellency, the President, he will in due course, make his decision on the matter.”

The Minister of State said that Government believes that this process sends a strong signal to professionals in the conduct of their public life as their record will be scrutinised as they seek to advance in their careers.  “What we have done is to basically introduce a process, which will add to the entire architecture of the legal system in this country that will see our Judges going through a process before they are actually appointed and, therefore, the things like the quality of the judgement, which they give once they want to move to higher office, all of these are issues which are taken into consideration,” he said.

The Opposition Leader was accompanied by Member of Parliament, Mr. Anil Nandlall.

President Granger makes State Visit to the Commonwealth of the Bahamas