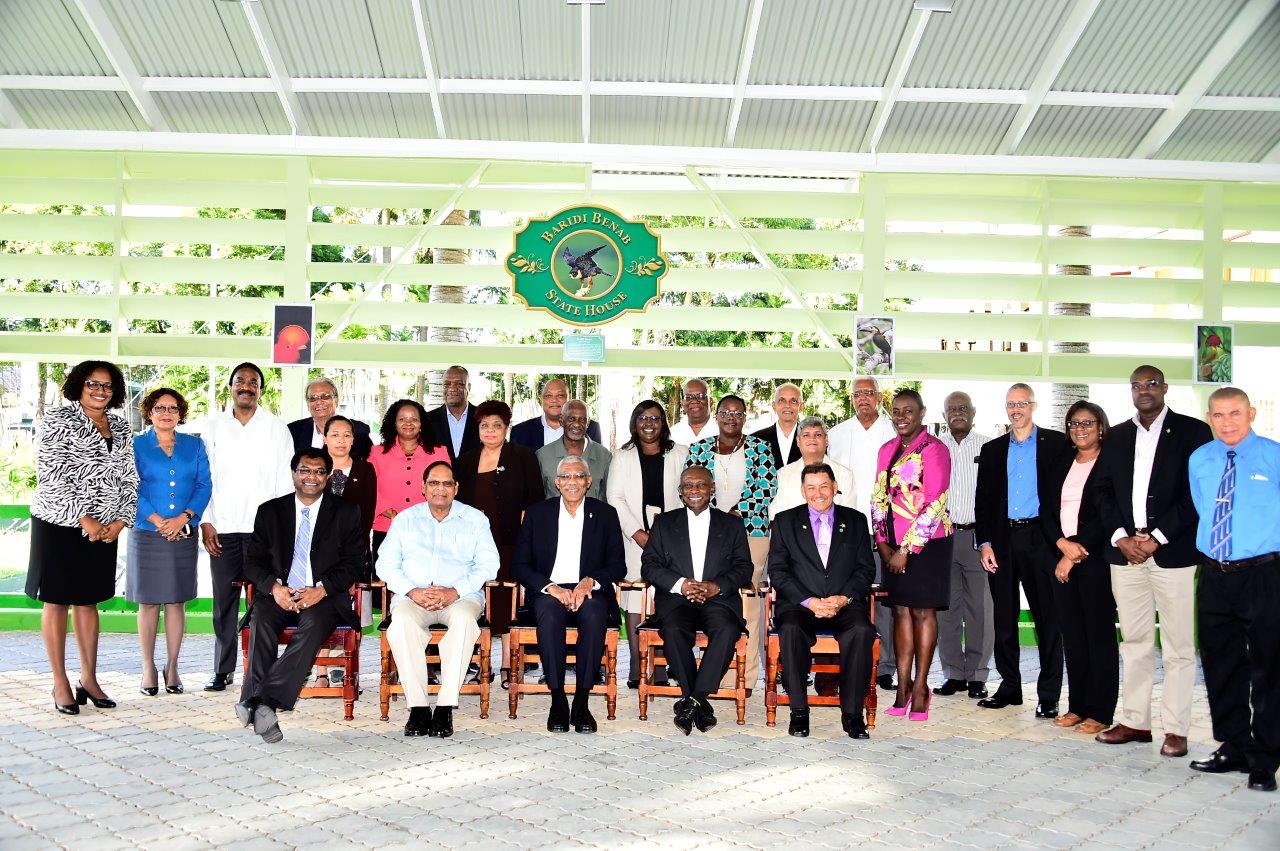 Georgetown, Guyana – (February 28, 2017) The Government of Guyana, today, discussed major policy positions on a number of key areas, such as Guyana Sugar Corporation (GuySuCo), the education and housing sectors and foreign relations at the first Ministerial Conference of 2017. Following the close of the meeting, which includes both Cabinet and non-Cabinet Ministers, Minister of State, Mr. Joseph Harmon is expected to provide a full briefing on definitive decisions that have been taken. This was disclosed by President David Granger in a brief comment this afternoon on the side-lines of the Conference, which is being held at State House.

While Cabinet meetings are held weekly, this forum allowed all Ministers of Government to discuss major development plans and programmes for 2017 and it ensures coordination of work programmes and policies. The Head of State said, “We haven’t finished the discussions at this point in time but what I would say is that we have taken more definitive action on things like foreign policy, education, housing policy [and] GuySuCo… There is greater clarity on those issues now among all of the ministers.”

President Granger added that the relationship among coalition parties remains strong and expressed full confidence that Mr. Raphael Trotman, who is the new leader of the Alliance for Change (AFC), is just as committed as his predecessor to making the political alliance work. “Whenever problems have arisen these have been resolved by discussions between the two sides, but I will say, so far, in almost exactly two years, we have not had any major disagreement on the form of the [Cummingsburg] Accord,” President Granger said.

Emphasising the importance of consistent communication and discussions among Ministers of Government, he explained that all the them bring important perspectives and represent a wide cross section of constituents. “It is important that we speak to each other frequently so that there is no misunderstanding or lack of coordination in the various positions that we take,” he said.