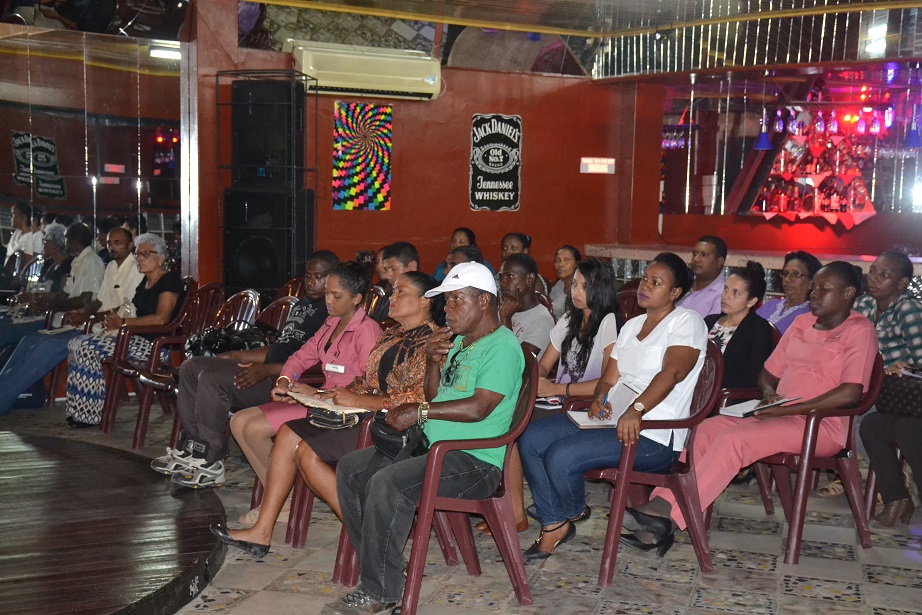 Some of the concerns raised by the residents included truancy, school dropouts, the need for a community centre, easy accessibility of pharmaceuticals, the need for training for small business owners, flooding in the squatting area and the need for repairs to the river dam.

Minister Norton told the residents that the solution to most of the problems lie right in the community. However, he acknowledged that there are some issues, which the residents themselves cannot solve. “Let us do what we have to do, and if you cannot do it alone, because you may lack the necessary skills, go through the right channels,” he said, adding that when there is an issue facing the community, they need to reach out to their regional officials, and if that proves futile, they must seek to raise them with those higher in authority.

Minister Norton assured the residents that he would bring their issues to the attention of the relevant ministers. The Social Cohesion Minister urged each of those in attendance to play their role in the development of their country. “I believe that because we come from different backgrounds, whether it’s geographical, ethnic, religious or cultural, we need everyone on board. We need to know who we are and what our role is in developing Guyana,” he said.

Meanwhile, Regional Executive Officer (REO) of Pomeroon-Supenaam (Region Two), Mr. Rupert Hopkinson encouraged the residents of Charity to bring the issues they are faced with to his attention. “While the REO must accept responsibility and be accountable, the REO can do very little if he does not know. And so I urge you to let us know when these things are happening,” he said.