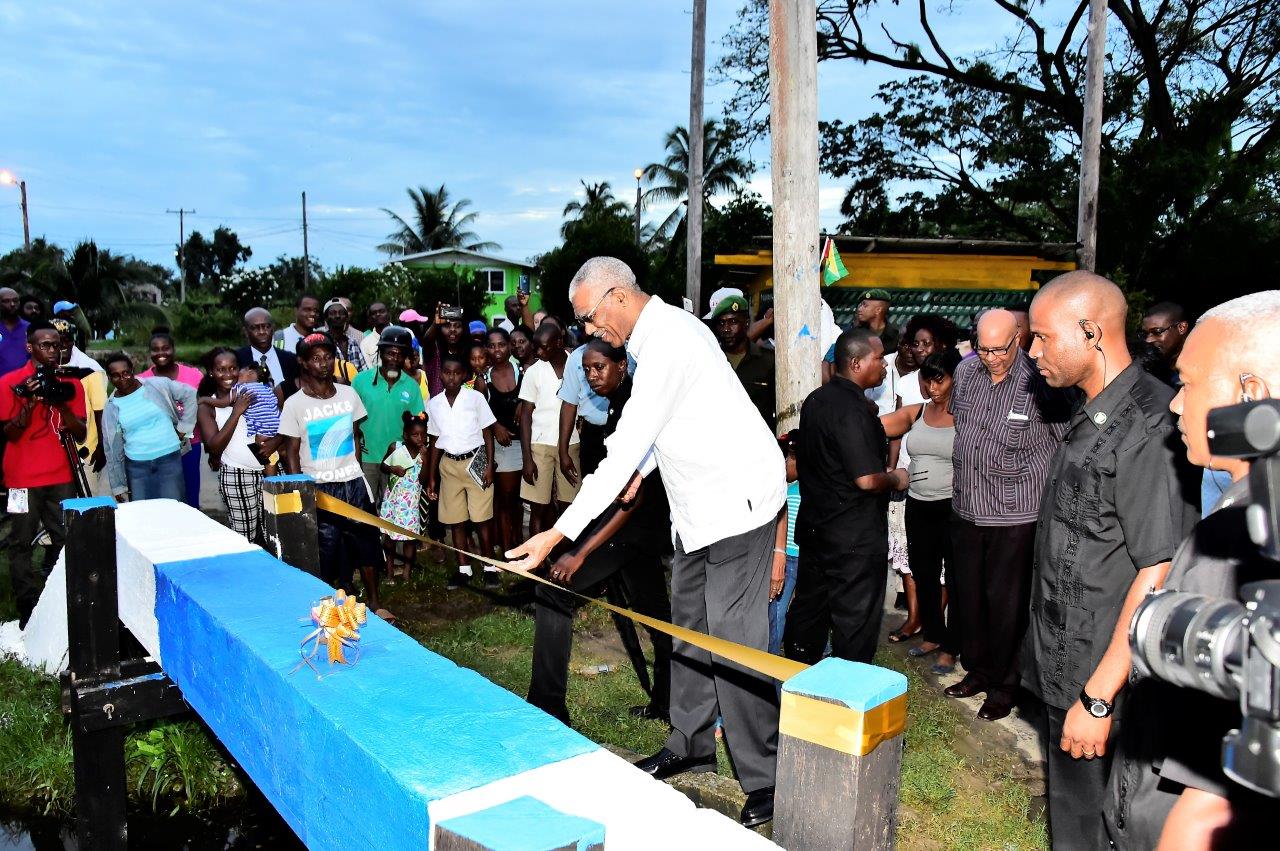 Georgetown, Guyana – (February 24, 2017) President David Granger, today, pledged the Government’s commitment to ensuring that the ward of Sophia is provided with all the necessary facilities and services that a community should have. He made this commitment at the commissioning ceremony of a new ‘ring’ road and a water production and distribution system between ‘C’ and ‘D’ Fields Sophia. The ceremony also saw the presentation of 40 bicycles under the President’s ‘Boats, Buses, Bicycles plus Breakfast and Books (‘Five Bs’) programme to children selected from all parts of Sophia.

“I have big dreams for Sophia and I believe that your days of struggle and sacrifice are behind you and you must look forward now to a bright future. Our task is to eliminate extreme poverty… provide full employment… encourage entrepreneurs… This is a celebration of your citizenship of Georgetown. This is a triumph of human spirit because anyone coming here years ago would know what you had to go through… The struggle is not over but the good life beckons and we will continue to work with you… to make sure that all your lots are regularised and have all the facilities, amenities and utilities that and human community should have,” the President said.

Adding that the infrastructural development that residents are seeing in their community is only the beginning of the transformation that will take place over time, President Granger called on them to be a part of that development by pooling their talent and abilities. “Do not believe that Sophia is a slum. Do not tell yourself that Sophia is a shantytown. Do not tell yourself that Sophia is a squatter settlement. Sophia is part of Georgetown…the national capital of this country… So Sophia must reclaim and establish its dignity; build that community spirit. You have the size. You have the talent and we will help you to get the resources… No ward in Georgetown must be left behind and I would like to assure you that this government would not leave Sophia behind,” the President said to loud applause from the residents.

President David Granger cuts the ribbon to commission the new water production and distribution system, which will now allow residents better access to water in the community.

The Head of State reflected on the genesis of the area called Sophia, referencing the period when it was regarded as a green belt. However, over the last 36 years, several changes including the shrinking of the sugar industry and the growth of the population, the green belt diminished and what used to be plantations have become part of the city.

“Sophia for a long time was ‘no-ville’. Sophia had no water… Sophia had no good roads… Sophia had no sewerage… Sophia had no electricity… [it] had no garbage collection… Sophia did not have the services that it needed; the health centres, the schools, the markets, the transportation, the sanitation, streetlights, parks, playgrounds, fire hydrants. All of these utilities and services are necessary if Sophia is to catch up with the other wards in Georgetown,” the President said.

He said that the ward must become a community of people who want to make it a place where their children can be happy. President Granger urged a collaborative approach to community development, where residents, members of civil society and the municipality to partner with government work together to raise the standard of living in the community. President Granger said that the need to transform Sophia has been a goal on his agenda since he acceded to office. He credited the work of the Ministry of Public Infrastructure, which he said has executed an impressive number of road and rehabilitative works in the past 20 months within the ward. 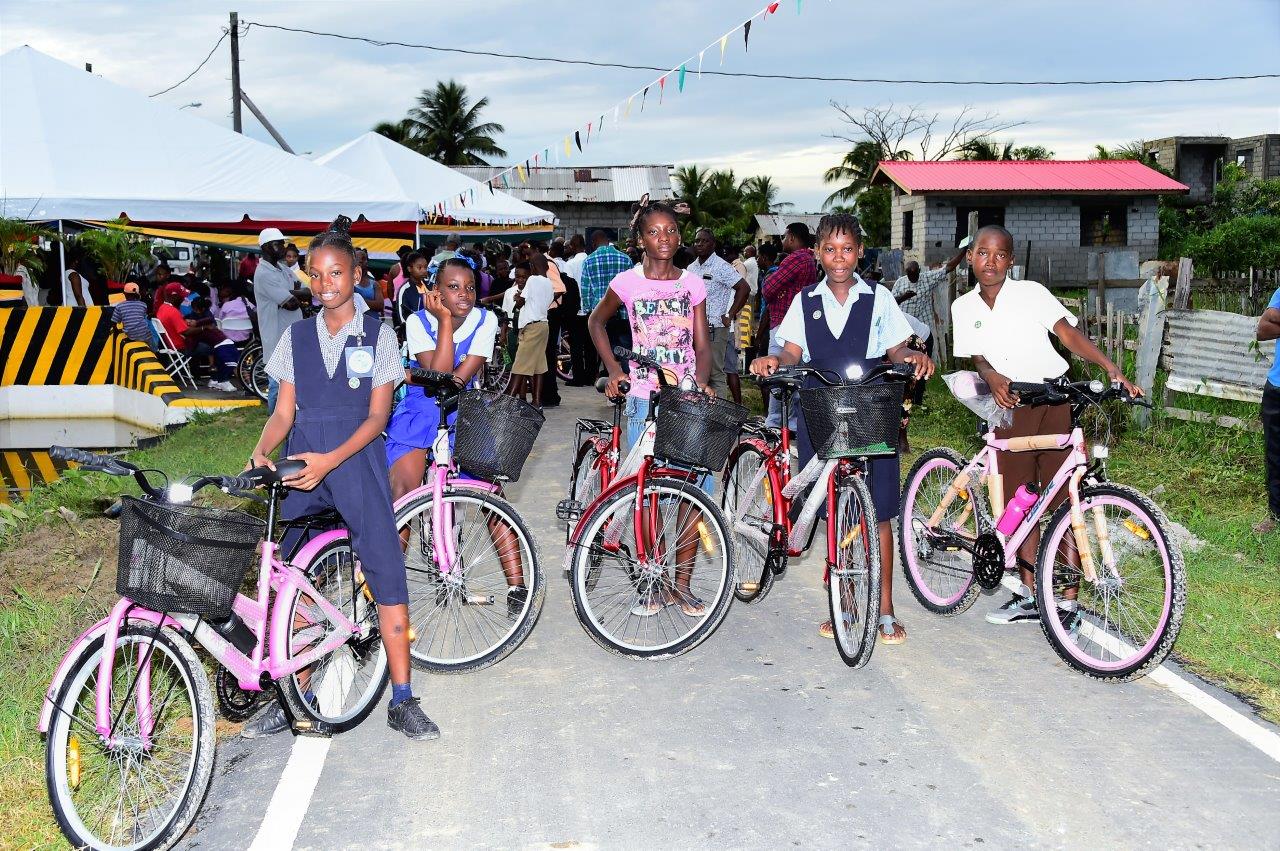 A group of happy children pose with their bicycles, which were donated under the President’s ‘Five Bs’ Initiative

Pointing out that residents of the community can build on the success of their ancestors by focusing first and fore most on education, the President urged the residents to ensure that every child in the community regularly attends and completes school. Emphasising the importance of a strong family life and the value of religion he called on residents to follow the example of their fore parents, which ensured that the generation that followed them was employable and able to contribute to the development of the country.

Finally, President Granger said that enterprise and entrepreneurship would provide to key to an improved way of life for residents of Sophia. Pointing out that Guyana has been set on a ‘green’ pathway to development, President Granger then encouraged the residents to become more environmentally conscious and to be mindful of how they dispose of their garbage and to plant more trees.

“Sophia is an urban legend. People would not believe what Sophia has gone through over the years. It is a saga of sacrifice. It’s a saga of struggle. It’s a saga of survival and today is a celebration of what comes after sacrifice, struggle and your battle for survival,” President Granger told the large gathering of residents. 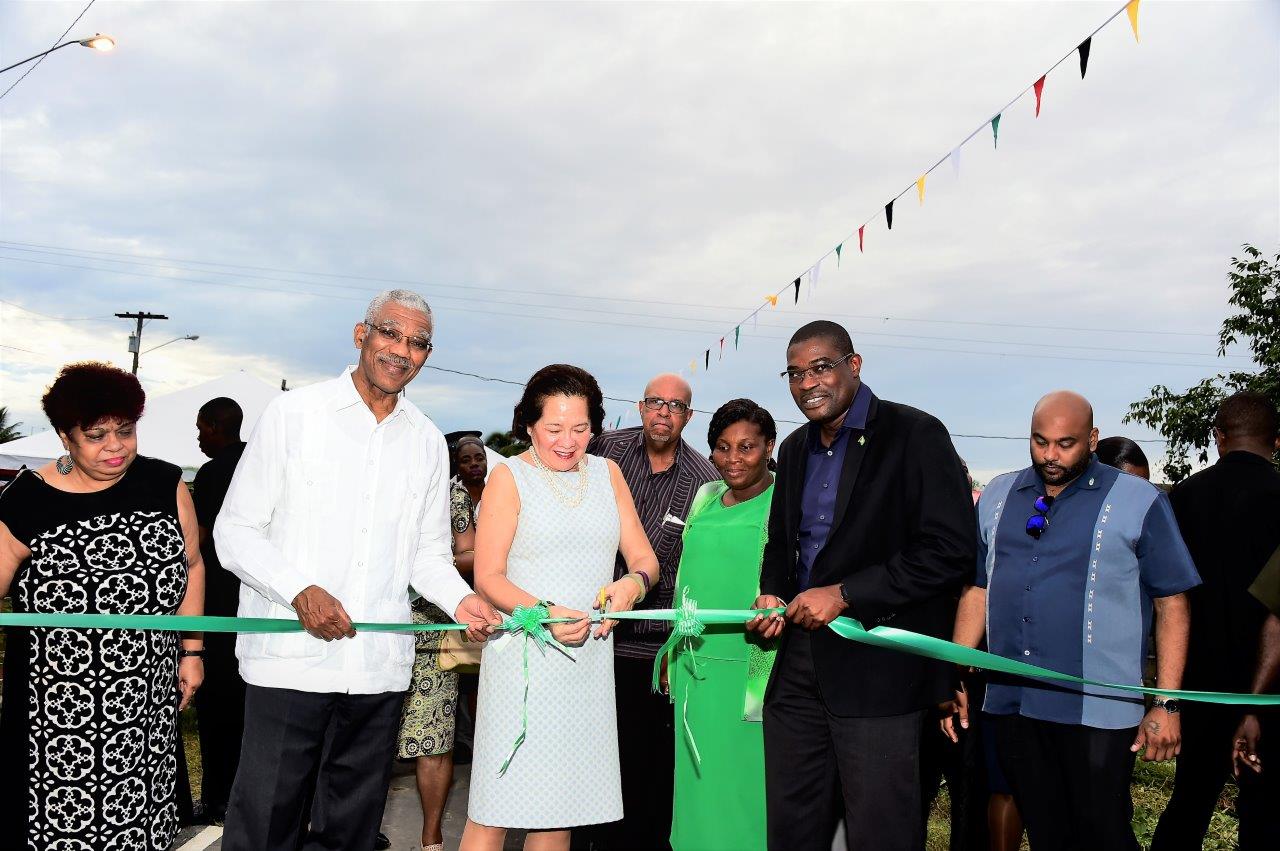 Meanwhile, Minister of Public Infrastructure, Mr. David Patterson said that the completion of the projects represents a promise kept by Government in providing a good life to its citizens. In the 20 months since this Government has taken Office, the Minister said that approximately $825 million were spent on roads in Sophia and that in the coming months an additional $60 million will be expended to infrastructural work in the area.

In addition, Chief Executive Officer of the Guyana Water Incorporated (GWI), Dr. Richard Van West Charles said that with the new water system in place, residents will now have an ease in access to this basic amenity.

First Lady, Mrs. Sandra Granger and Minister of Social Protection, Ms. Amna Ally, together, presented 40 children with bicycles under the President’s ‘Five Bs’ initiative. The beneficiaries were from Grade Six and higher up.

After cutting the ribbon to commission the roads, President Granger then visited the site of the water production and distribution system, where he also cut a ceremonial ribbon. He took the time to greet the hundreds of residents who gathered around him as he made his way to the site. 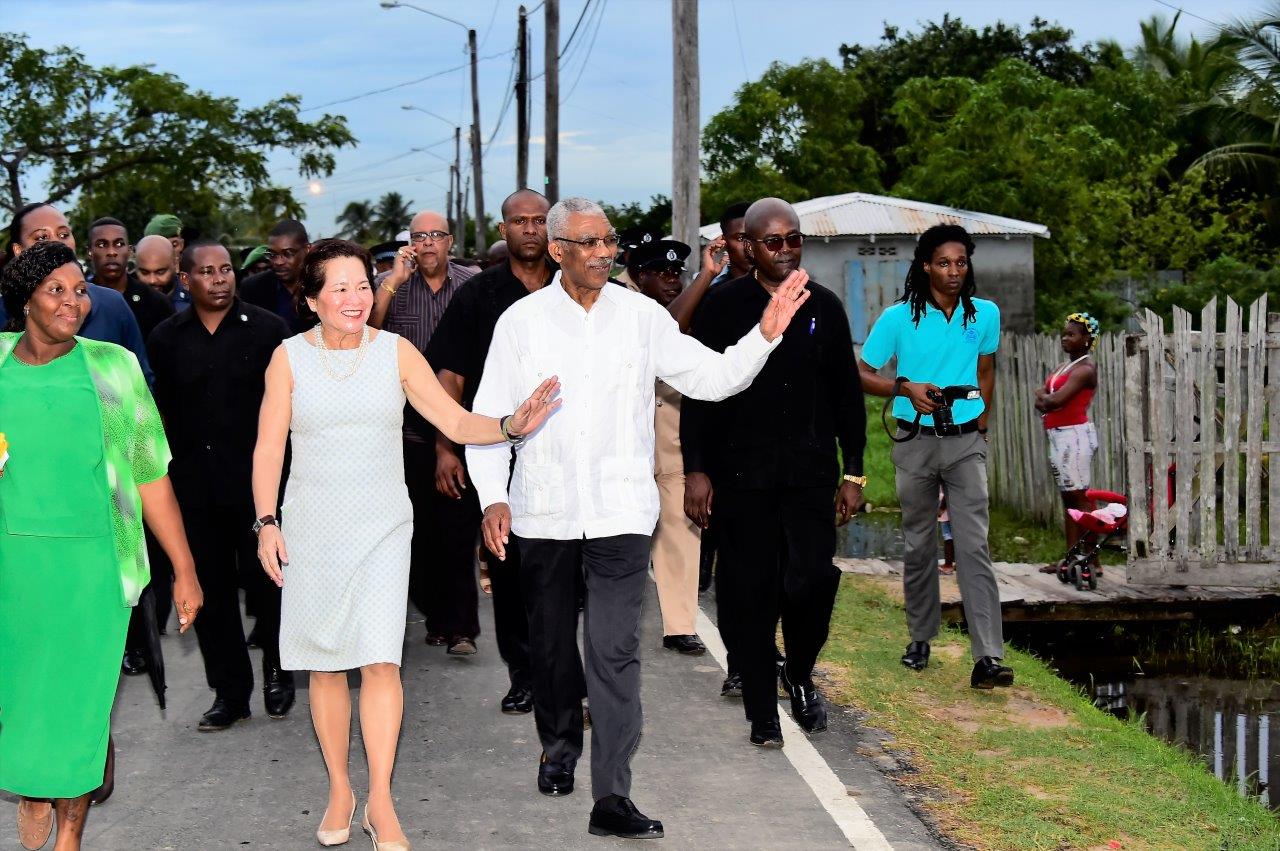