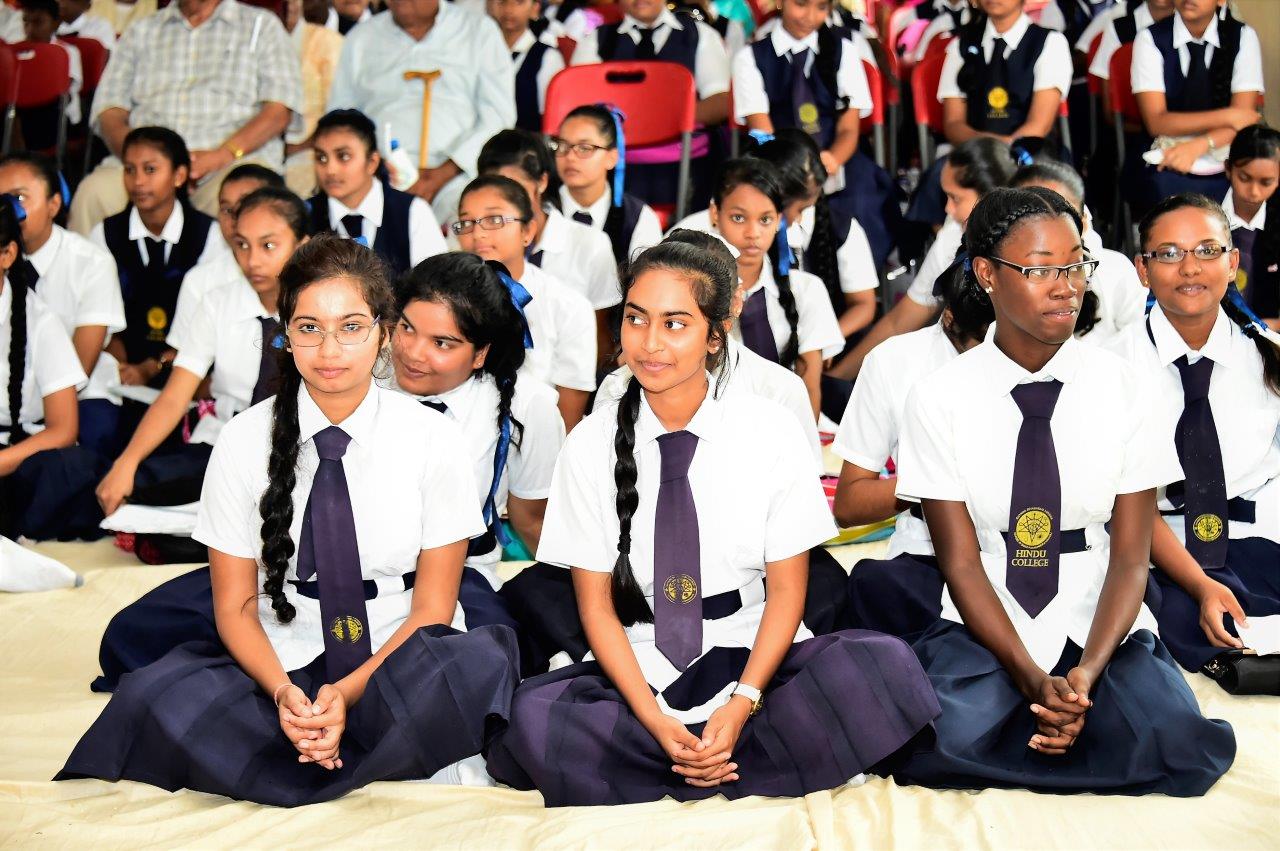 Georgetown, Guyana – (February 24, 2017) President David Granger has commended the Guyana Sevashram Sangha for its work in providing spiritual strength and education enlightenment to Guyanese. He was at the time speaking at the Cove and John Ashram where he joined with devotees and students of the Hindu College in their annual Maha Shivaraatri observance earlier today. Prime Minister Moses Nagamootoo and his wife Mrs. Sita Nagamootoo were also present at the event.

The President told the gathering that Guyana places education at the very top of the priority list, as education emphasises the importance of not just knowledge and skills, but moral values as well. He urged citizens to look to both the school, which provides formal education, as well as the church, which provides spiritual teachings, so as to mould and enlighten the young generation.

Students of the Hindu College during the Maha Shivaraatri ceremony

This year the Guyana Sevashram Sangha’s parent body, which is the Bharat Sevashram Sangha, is celebrating its centenary anniversary. President Granger said that this milestone is particularly significant since Guyana is also observing the 100th anniversary of the Abolition of Indian Indentured Immigration. He explained that the Guyana Sevashram Sangha, which was established by Ordinance in British Guiana in 1956, set up construction of the Ashram as well as the school because both were consistent with the mission of banishing ignorance and providing a vehicle for the attainment of greater equality.

Similar sentiments were expressed by Prime Minister Nagamootoo, who also lauded the Ashram’s administrators for continuing the fine tradition of merging education with rituals which inculcate discipline, loyalty, devotion, morality, integrity and honesty. He said that these virtues are greatly needed in today’s society as they would contribute to ensuring that the children of today become valuable and wholesome citizens of Guyana tomorrow. 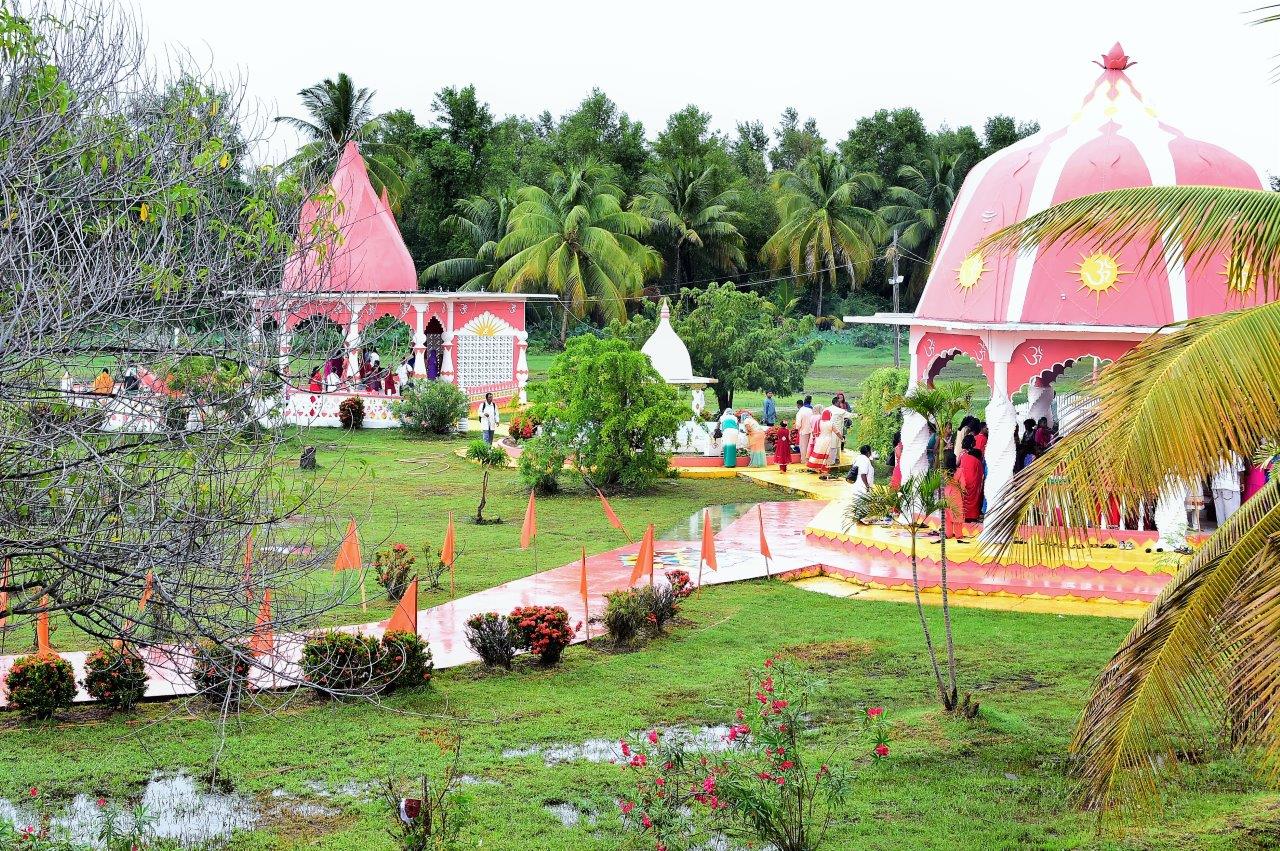 Despite the rain, Hindus came out in their numbers to perform special prayers

Maha Shivaraatri which means “the great night of Shiva” is one of the most important Hindu festivals that is marked by fasting, penance, prayers and other rituals that last for a duration of 24-hours. This festival is one of the high points of the Ashram’s religious calendar. The Sangha is a non-profit, philanthropic and charitable organisation with a firm belief in the service of humanity and is committed to improving the lives of the underprivileged. It was constructed as a result of a policy by India’s first Prime Minister, the late Mr. Jawaharlal Nehru to provide for the needs of the Indian Diaspora in the West Indies. 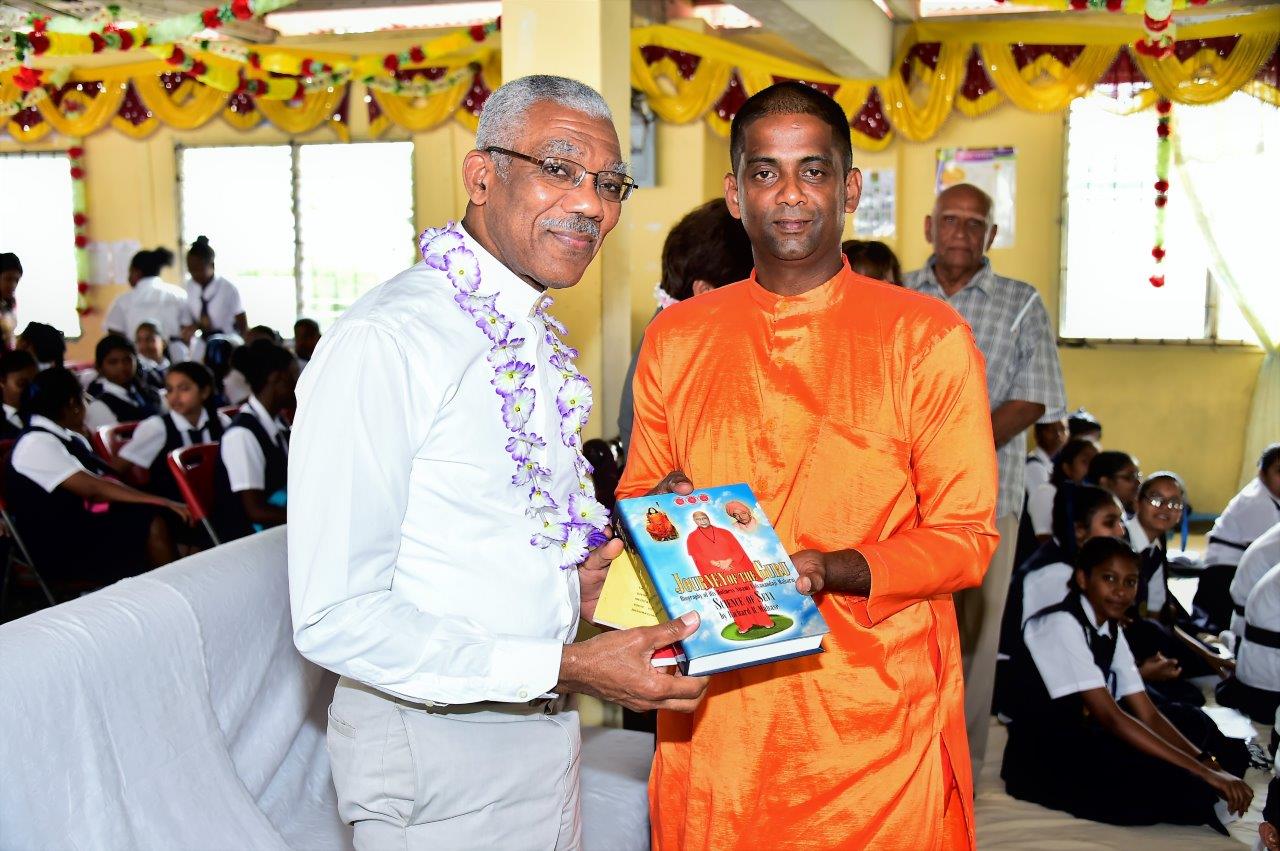