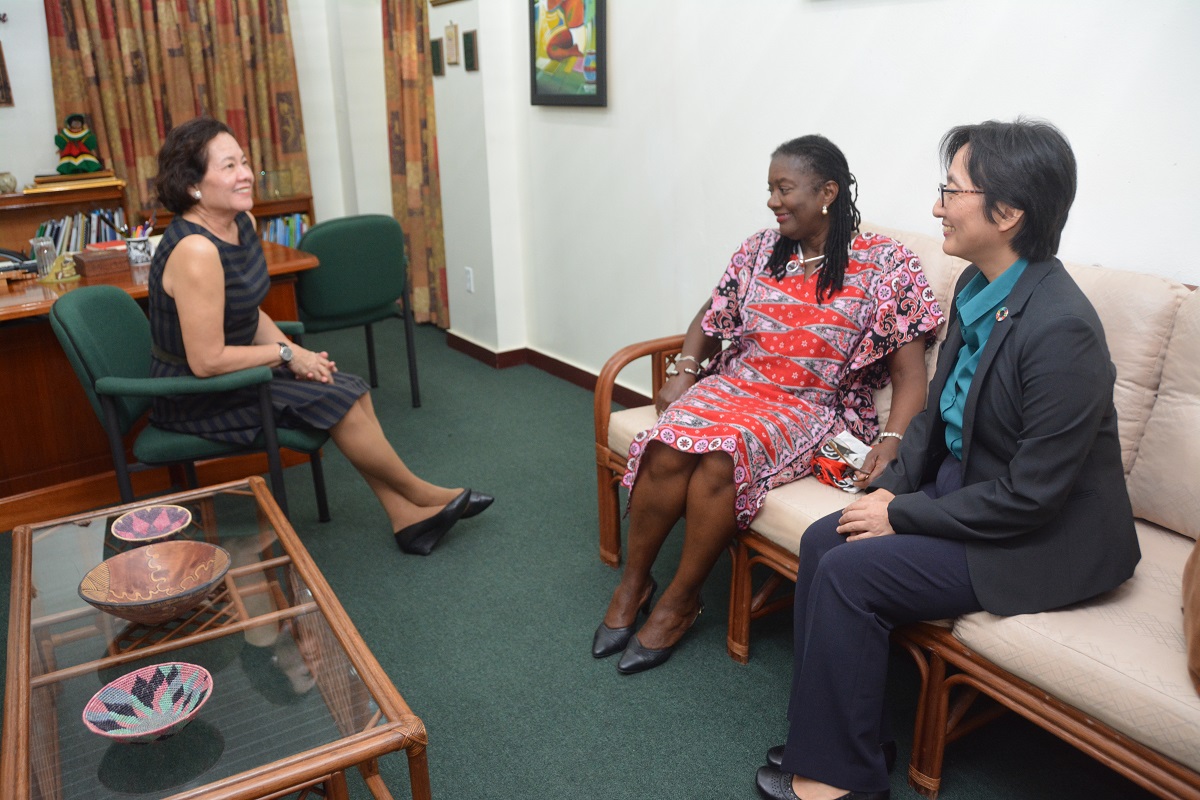 “We spoke about several issues, gender based violence, health, women’s empowerment, education, issues that affect women and girls, both in the rural and urban areas and how we can work together to alleviate these problems if not solve them,” the First Lady said.

Meanwhile, Ms. Tanaka, in an invited comment, said that she was keen to discuss some of the social issues, which pose a challenge to society and the strides that are being made to remedy them.

“Really I was hearing the different perspectives of the social issues affecting women and children in Guyana and what efforts are being made by the First Lady, institutions, people in Guyana, and how the UN system could work together and support the efforts,” she said.