President meets with Trinidadian counterpart ahead of CARICOM meeting 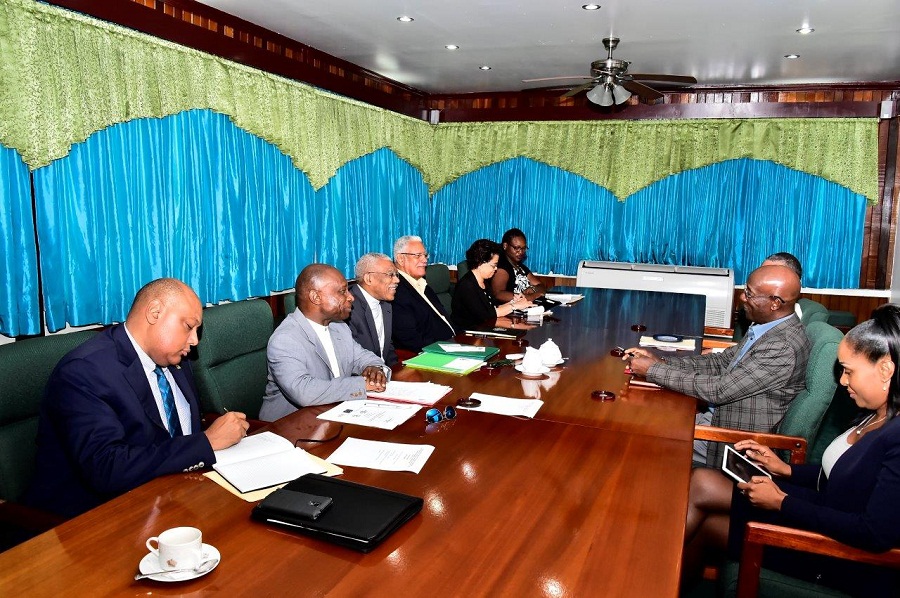 Georgetown, Guyana – (February 15, 2017) The Governments of Guyana and Trinidad and Tobago will be re-establishing the Memorandum of Understanding (MoU), which laid the framework for cooperation in the energy sector. This MoU was initiated between the two countries in 2013 but its life has since come to an end. Additionally, the two Governments will move to resuscitate the Guyana-Trinidad and Tobago High Level Committee to deal with all the agreements between the two countries that have lapsed. This Committee will be revamped by March 30 and its first meeting will be convened in the Twin-Island Republic.

This agreement was reached earlier today when President David Granger met with the Prime Minister of Trinidad and Tobago, Dr. Keith Rowley, who arrived in Guyana this morning for the Twenty-Eight Inter-sessional Meeting of Heads of Government the Caribbean Community (CARICOM), which gets underway tomorrow. The Prime Minister was accompanied by his Foreign Affairs Minister, Mr. Dennis Moses.

The two parties discussed moving forward on a number of agreements and MoUs, which the two countries have committed to over a number of years, some of which were not adequately pursued. President Granger told his counterpart that, “we would like to move forward in these areas. We are interested in food security. You are too but we have the land space. We are embarking on the development of an oil and gas industry and you have decades of experience and expertise.”

The Guyanese and Trinidadian delegations during their deliberations at State House

The Guyanese Head of State added that while Guyana does not have white sand and blue sea tourism product possessed by other CARICOM states, the country has a unique brand of eco-tourism and said that together, the two countries can offer a consolidated tourism package to the world.

Meanwhile, Dr. Rowley assured that Trinidad and Tobago is ready to offer its full support to Guyana and make available its diplomatic, economic and intellectual resources. He said too, that Guyana does not have to re-invent the wheel but rather it has the unique opportunity to examine and learn from the successes and failures of his country so as to develop the best model for its oil and gas sector.