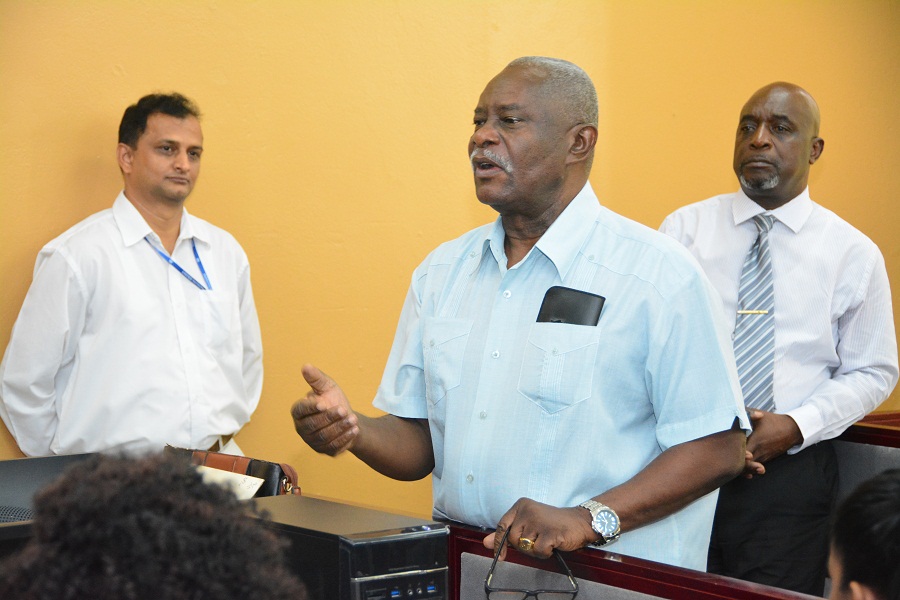 At the meeting, the Minister said the clerks are currently being trained to enter births, deaths, marriages and adoption records from 1987 to as far back as 1869 into a database that aims, to ensure the more efficient functioning of the GRO. “This project is important to Guyana in terms of improving the efficiency of the GRO… The first benefit from [digitising] these records since 1869 is that you ought to be able to print a birth certificate and we ought to be able to search for a name electronically … Once [a person] is registered, the record will be here,” Minister Felix said.

Minister of Citizenship, Mr. Winston Felix gestures as he makes a point during the meeting.

“The input of the data is really the first stage in digitising the birth records … after the records have been digitised, from there we will proceed to producing a … printed birth certificate … and hopefully from there each citizen will get a unique number… and as a result of that, we’ll be able to digitise the records and have it on your National Identification Card,” he said.

The two-year project, which started on February 1, 2016, is expected to officially begin next week, once training for staff is completed and the database server is fully operational. 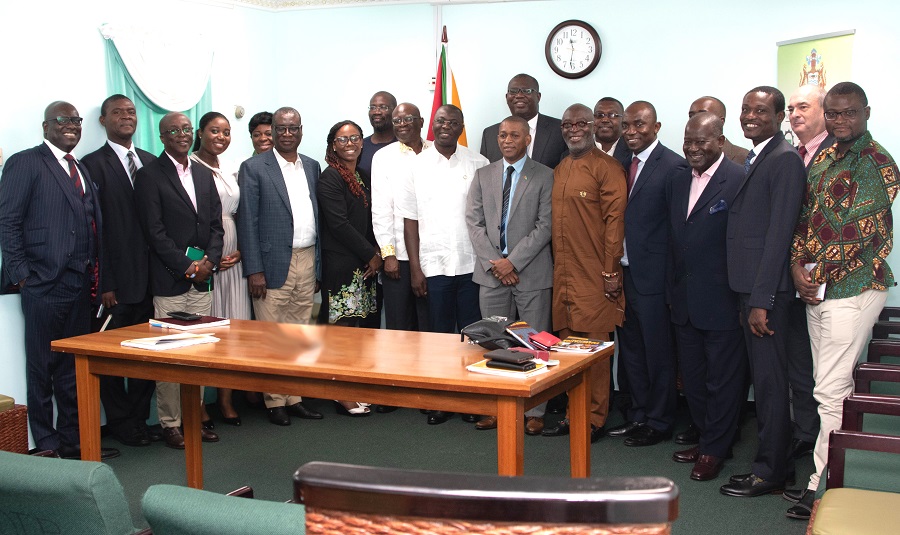 Minister of Citizenship, Mr. Winston Felix listens to this data entry clerk as she explains how she verifies her data before inputting it in the database while Deputy General Registrar, Mr. Louis Crawford (first left) looks on.