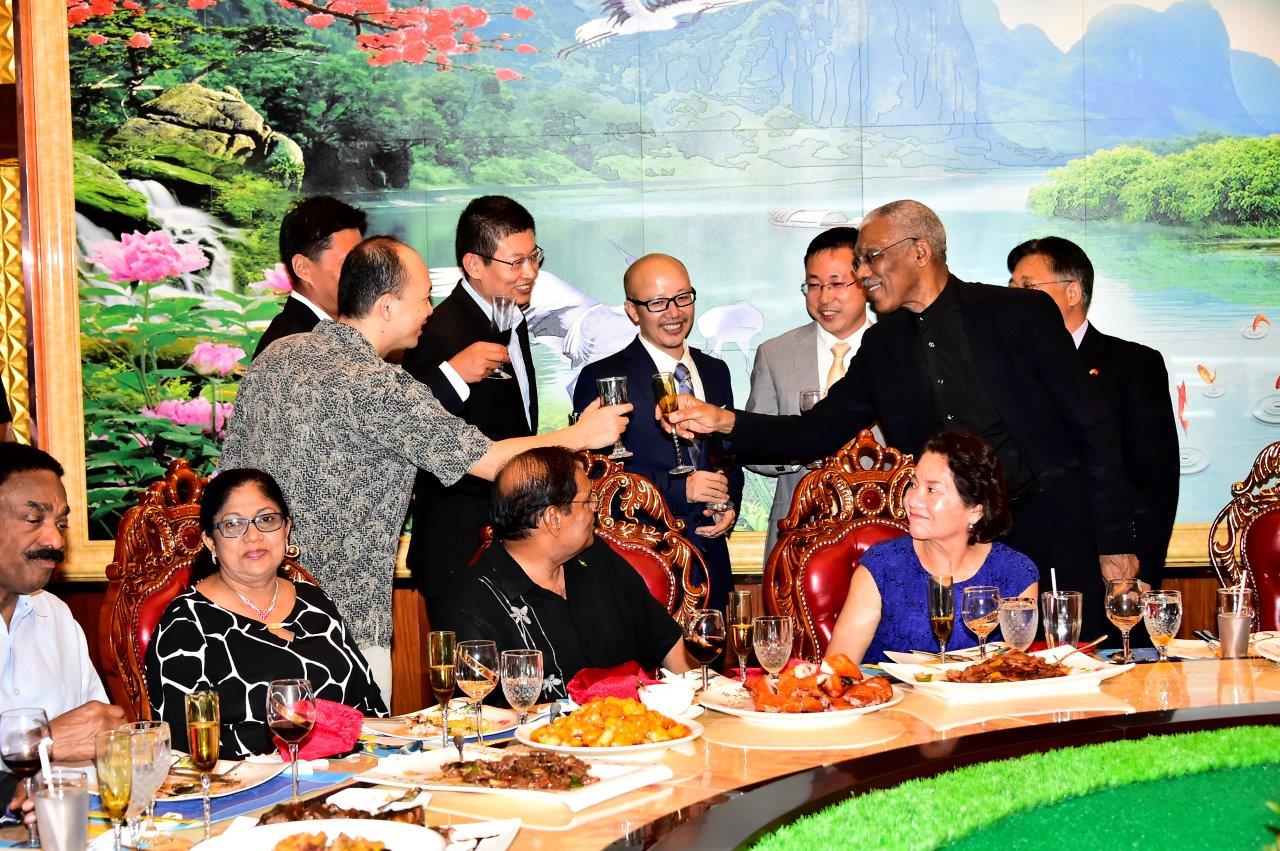 Georgetown, Guyana – (February 10, 2017) President David Granger described Chinese investment in Guyana as vibrant at the launch of the New Thriving Restaurant at Providence, this evening. The Head of State, who was joined by First Lady, Mrs. Sandra Granger, added that Guyana is open for business even as he called for more investment in the agriculture and agro-processing sectors.

“Our economic policy is one of enabling foreign direct investment. Our fiscal policy is one of encouraging investors, regardless of their nationality or ethnicity. Chinese investment, however, has been particularly vibrant in recent years. This has coincided with the transformation of the economy of the People’s Republic of China. We encourage even more investment, including the establishment of restaurants such as this one,” the President said.

The Head of State used the opportunity to encourage the Proprietor of the New Thriving Restaurant Mr. Xiao Guang Zhao and Mrs. Che Jian Ping , and other investors to invest in the agriculture and agro-processing sector even as Guyana transitions towards the development of a ‘green’ economy.

“This country has abundant lands for the development of agriculture. We have the potential to supply all the agricultural produce needed by local hotels and restaurants… We, therefore, look forward to increased Chinese investments in agriculture and agro-processing. We would like to all the agricultural produce used in the New Thriving Restaurants; every bowl of rice, every leaf of lettuce, every breast of chicken and every leg of pork to be produced right here in Guyana,” he said .

The President added that the establishment of the new restaurant location aids in the enrichment of Guyana’s hospitality product. He said, too that, the expansion of the New Thriving brand also shows confidence in Guyana’s economy. 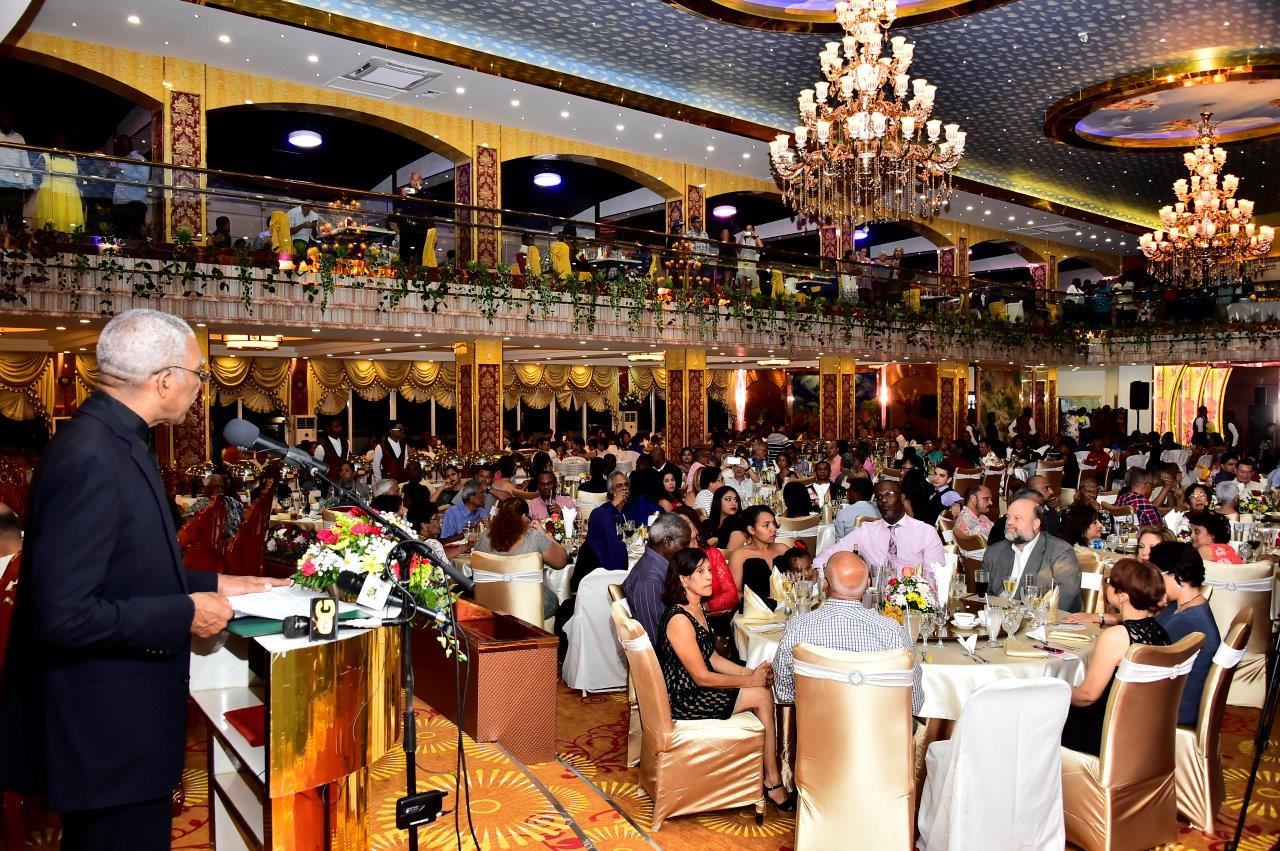 President Granger, during his address, said that the establishment of the new restaurant location aids in the enrichment of Guyana’s hospitality product.

Ambassador of the People’s Republic of China, Mr. Cui Jianchun, during his remarks, thanked the President and the Government of Guyana for their trust in the Chinese and creation of an enabling environment for their investments to thrive. “I wish that New Thriving could do more things to provide quality food to Guyanese, and that we can continue to share in your [Guyanese] story; your thinking and your feelings. And finally I wish that this new branch could provide a lot of social service and to help to provide a good image for Guyanese as a country as a people and as a community,” he said.

Minister Norton meets with residents of Bamia over community concerns