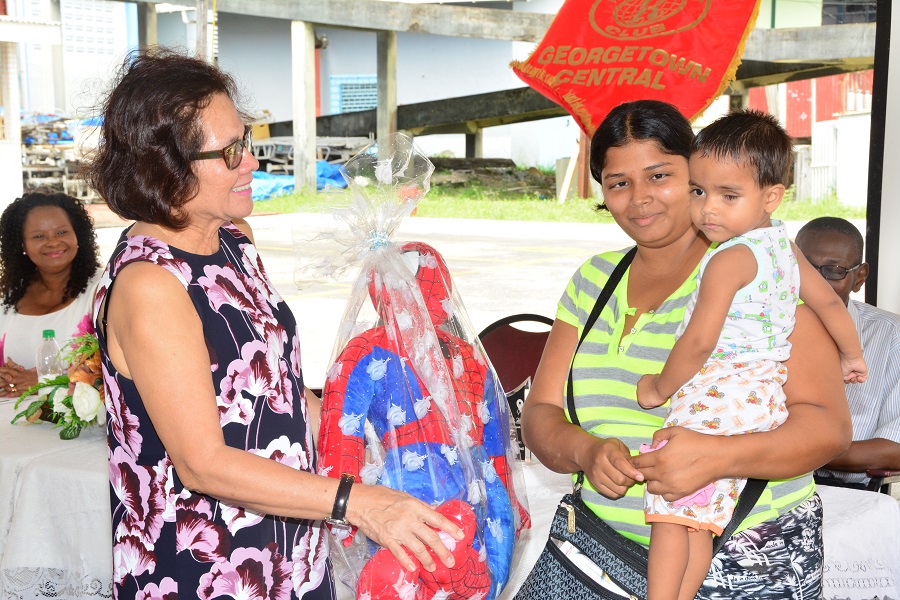 Georgetown, Guyana – (February 4, 2017) Today members of the Giving Hope Foundation and Rotaract Club of Georgetown Central in collaboration with the Ministry of Public Health joined forces in observance of World Cancer Day at a Balloon Commemoration Ceremony, where they focused on awareness, early diagnosis and paediatric cancers. The groups, who were joined by First Lady, Mrs. Sandra Granger along with Minister of Public Health, Ms. Volda Lawrence, used the opportunity to make an urgent plea for citizens to get tested for the disease at the Cancer Institute of Guyana, East and Lamaha Streets, Georgetown.

Mrs. Granger, delivering remarks at the event emphasised the importance of awareness and said, “We can say we’re fighting cancer, but as long as we do not instil in our population the recognition that you have to start checking your health early, that we need to have, as we get older, annual physical examinations, we will always be behind in our fight against chronic non-communicable diseases and cancers, which are life threatening.”

When asked to make a wish, little Okar Persaud wished for a Spiderman and that wish was granted by the Rotaract Club of Georgetown Central. In this photo little Okar poses with his mommy Casandra Persaud as he receives his gift from First Lady, Mrs. Sandra Granger.

She added that an early examination leads to early detection and early diagnosis and the disease can be treated and controlled once it has been detected. The First Lady also said she hopes that the awareness is not only being limited to cancer but also all other diseases our Society has been plagued with. “We have to start thinking [and] we have to look at our kids to see that they are growing properly, because they’re many threats out there of which we are unaware until we are confronted with a case… We also have to start looking at why are these kids coming down and suffering with cancer diseases at this age,” Mrs. Granger said.

The First Lady commended the unselfish efforts of the nurses, doctors, non-Governmental organisations (NGOs) and businesses that are lending support to cancer awareness and treatment as they work collectively to ensure early detection and care to improve survival rates in the fight against the disease. 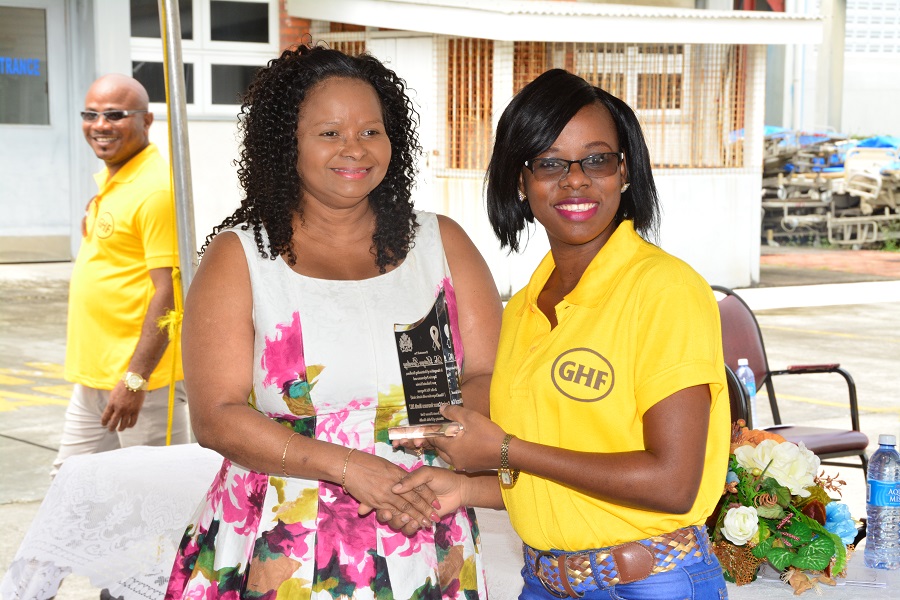 Minister of Public Health, Ms. Volda Lawrence presents Dr. Latoya Gooding of the Giving Hope Foundation and also General Medical Officer attached to the Oncology Department with a plaque for her work in this field

According to Minister Lawrence, statistics have shown an alarming increase of 160 new cases of cancer each year, of which children 15 years and under make up a significant number. “We can, I can’ is the tag line that has been adopted in the three year worldwide campaign for reach and impact, where the vision is that everyone can explore either collectively or as individuals, how they can do their part to reduce the global burden of cancer… World Cancer Day is the chance to reflect on what you can do. Make a pledge and take action,” Minister Lawrence said. 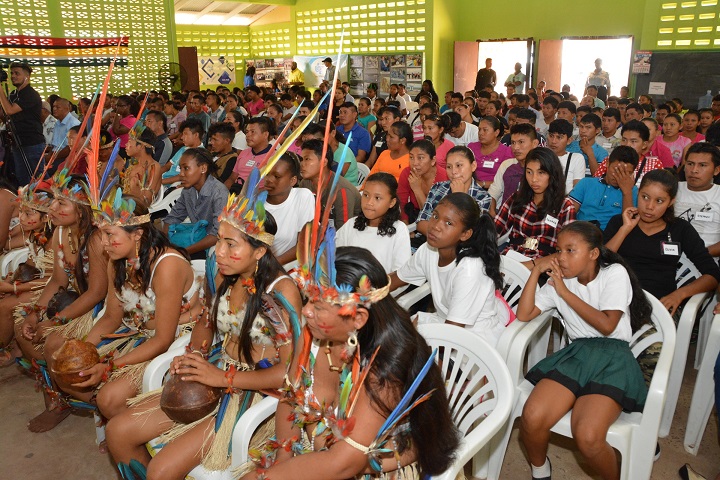 Minister of Public Health, Ms. Volda Lawrence presents Ms. Alisha Trotz with a plaque for her work in attending to Cancer patients

Meanwhile Chief Executive Officer of the Georgetown Public Hospital Corporation (GPHC), Mr. Alan Johnson in his remarks noted the hard work and dedication of the nurses and doctors of the Cancer Institute of Guyana. He also said that with the assistance of the Ministry of Public Health, the Cancer Institute will be given a new building to continue its fight against Cancer.

Head of the Giving Hope Foundation, Dr. Latoya Gooding said that the NGO after being officially launched in October 2016, during World Breast Cancer Awareness Month, has worked with several organisations on awareness programmes. “[We want to] support the persons that are suffering from cancer both adults and children, also to reduce the act of suicide in persons with suicide ideation… The Giving Hope Foundation has taken the initiative to go into schools, churches, communities and seek out those that need counselling, support, and someone to hold their hands through it,” Dr. Gooding said. 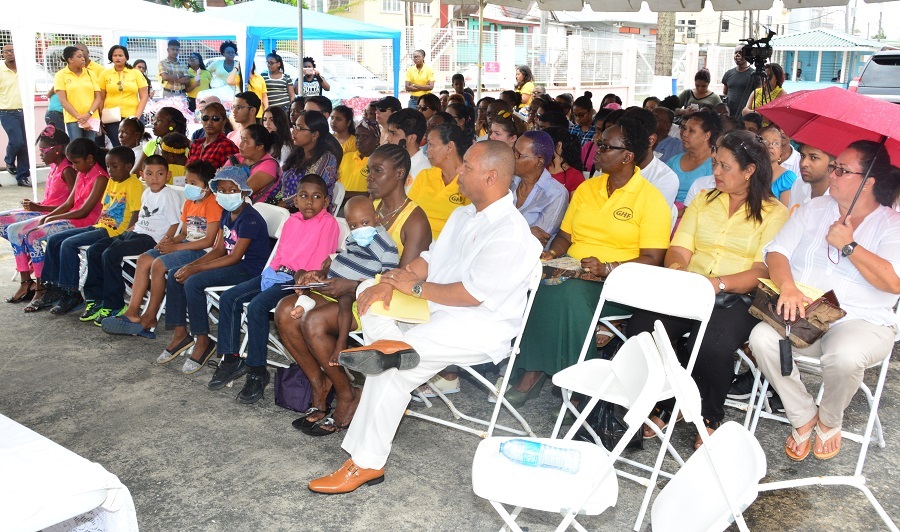 President of the Rotaract Club of Georgetown Central, Mr. Cecil Maxwell said the organisation is made up of young professionals, who work along with organisations to provide support and give back to society for Guyana’s development. “[We decided that we] wanted to do a project that would more or less capture what we’re really and truly out here to capture, which is to focus on children. There is a lot being said about cancer, but we as a club realised that there’s just a small amount really being said about children that are affected by cancer… There’s lot being said about cervical cancer and prostate cancer, which we support, but there’s just a small amount being said about cancer that affects children. So our focus will remain on children for this year,” Mr. Maxwell said. 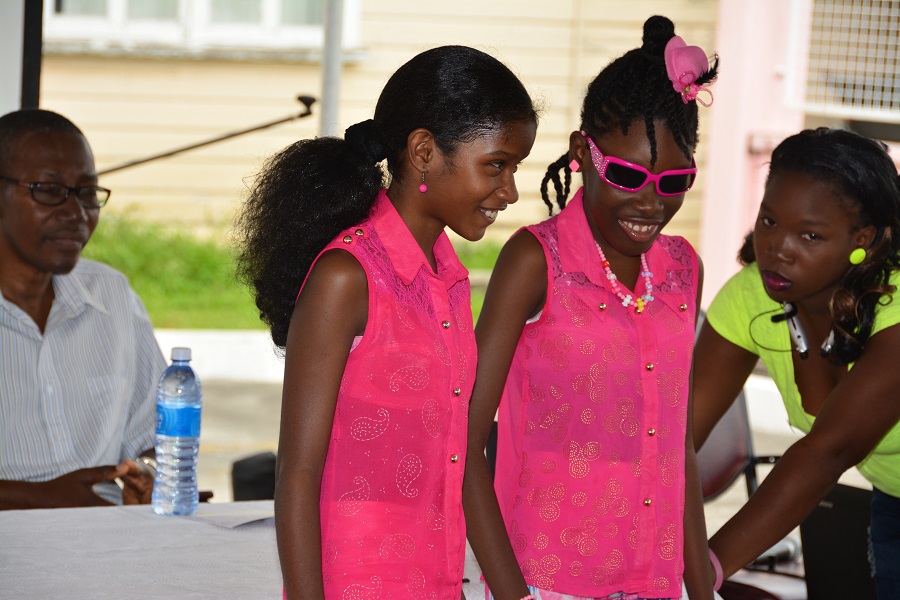 Cancer survivor for 11 years, Ms. Makaila Belgrave (with shades) is seen here preforming one of her own Calypso songs for those in attendance, she told survivors like herself that if she can, so can they

The event was attended by representatives of the Cancer Institute of Guyana, the Periwinkle Club, the Key Club of Georgetown International Academy, as well as cancer survivors and patients. Paediatric cancer patients were presented with hampers from the Rotaract Club of Georgetown Central while Nurses from several hospitals were presented with plaques from the Ministry of Public Health in honour of their outstanding work in the fight against cancer.