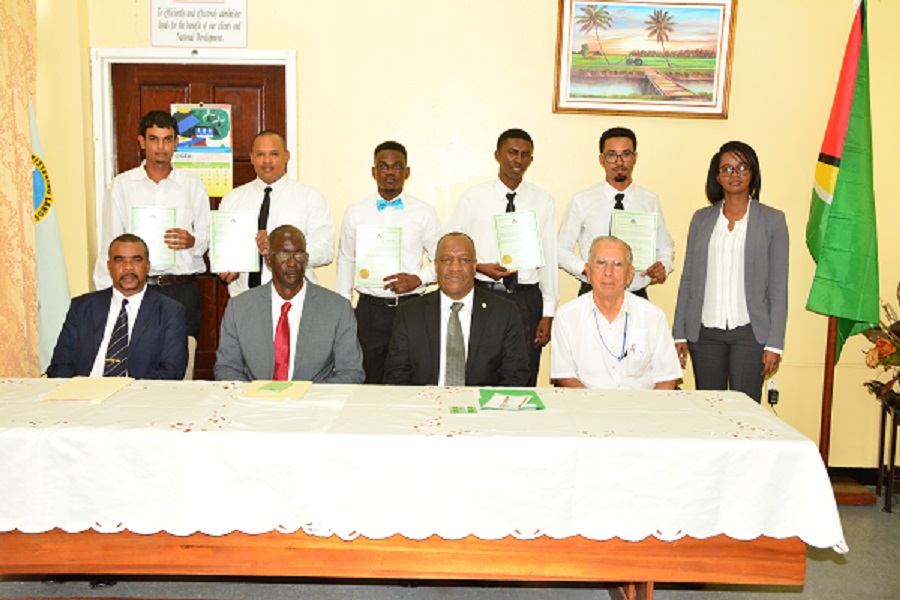 Georgetown, Guyana – (February 2, 2017) Minister of State, Mr. Joseph Harmon, today, charged the five graduates of the Sworn Land Surveyors course offered by the Guyana Lands and Surveys Commission (GL&SC), to uphold the tenets of the profession, at the swearing-in ceremony hosted in the GL&SC Boardroom, Durban Backlands. Commissioner and Chief Executive Officer (CEO) of the GL&SC, Mr. Trevor Benn also announced that the Commission will be engaging a Mathematics tutor to work with future candidates enrolled in the programme with the view to improving Mathematics and Astronomy scores. Poor scores in those two subject areas resulted in only five of the 28 students, who took the course passing the examination over all.

Minister of State, Mr. Joseph Harmon is flanked by, from left to right, seated, Mr. Rene Duesbury, Manager of Surveys, Commissioner and Chief Executive Officer (CEO) of the GL&SC, Mr. Trevor Benn, and Mr. Randolph Choo-Shee-Nam. The graduates are pictured standing, along with Ms. Monifa Dalrymple, who is pictured standing first, right

Delivering his charge to the graduates, Minister Harmon stressed the importance of accuracy and integrity in the conduct of their duties. “Land surveyors, I’m advised, are measurement specialists. They, among other things, acquire data for plans and map production. They play an integral part in land administration, land information management and physical planning for the utilisation of land. They work in the field and in the office. They use specialised technology, mathematics and equipment to mark areas. In the office, they then use the information gathered to produce maps site measurements as required… and so it behoves you to be extremely careful in the work which you do,” he said. 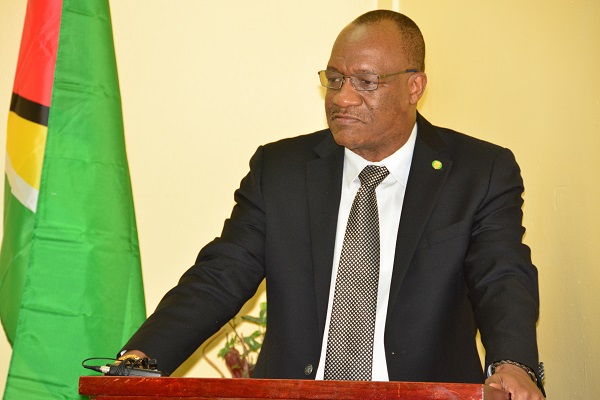 Minister of State, Mr. Joseph Harmon delivering his address at the swearing-in ceremony

Meanwhile, Commissioner and Chief Executive Officer (CEO) of the GL&SC, Mr. Trevor Benn also said that the GL&SC had noticed a high trend of failure in the two subject areas, over the years, and has taken a proactive decision to ensure that future candidates will have a longer exposure to Mathematics tuition before the examination. “Lands and Surveys [has] decided to take action in relation to the Math problem that we see coming up. This is a longstanding problem… and so we have engaged the Government Technical Institute (GTI) and the University of Guyana (UG) to [appoint a] qualified Mathematics teacher to come and… work with prospective land surveyors for a …period before the examinations, for which Lands and Surveys will bear the cost,” he said. 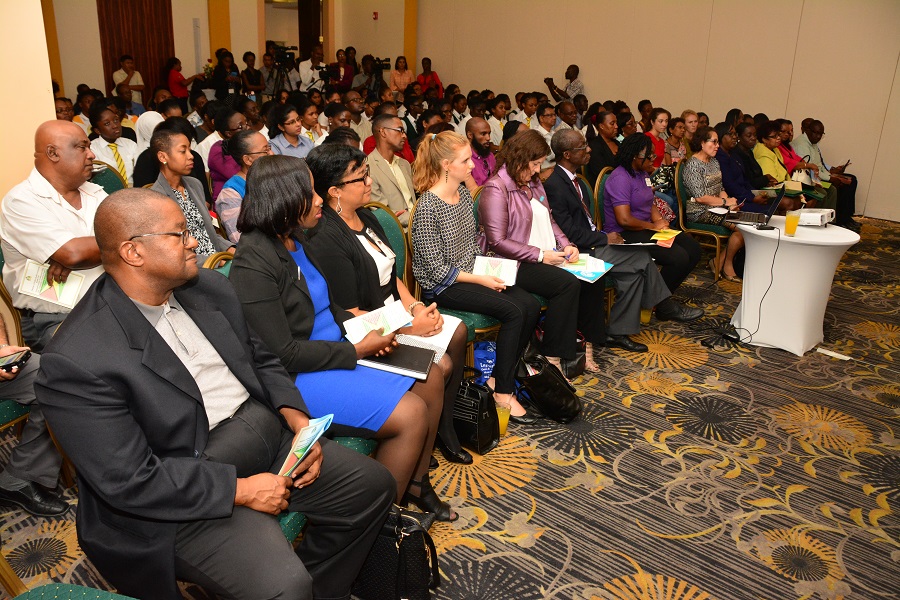 Best Graduating Student from the Course, Mr. Richard Kansinally said the course was challenging, but he and his fellow graduates persevered and they are thankful for the experience. “We have received a sound technical education from the Government Technical Institute, but today, thanks to our lecturers of the Sworn Land Surveyors Examination, we are now professionally recognised in Guyana. We are prepared to move on and to take on whatever challenges come next in our lives,” he said. 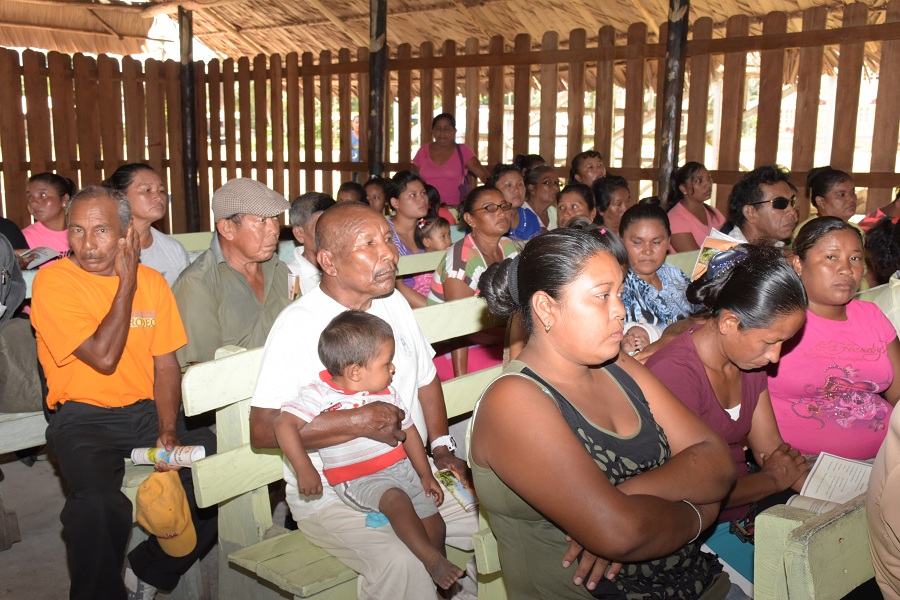 Minister of State, Mr. Joseph Harmon presents the Certificate of Land Surveyor to Mr. Marco Sookhdeo at the ceremony

Mr. Jerry Melville, who said that he was excited about what the future holds, expressed similar sentiments. “I worked hard to get a good achievement so I would tell the fellows who have to go through this too that they have to put their best foot forward in order to get success, he said. 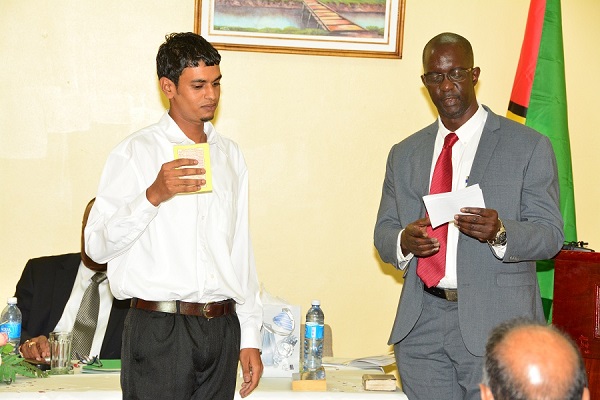 Mr. Marco Sookhdeo was also confident that the course had prepared him to assume his new responsibilities. “We are now part of an elite team,” he said, adding that he was grateful that the Commission had decided to augment the math tuition. “[The] subject area that kind of troubled me a little was Maths, but I pulled through. … Among my fellow colleagues, Maths was really a troubling factor for most persons because you’re dealing with calculus and other advanced things,” he said.

Mr. Rene Duesbury, Manager of Surveys, Mr. Randolph Choo-Shee-Nam, who represented the Board of Examiners and the Surveyors Association, also attended the ceremony.