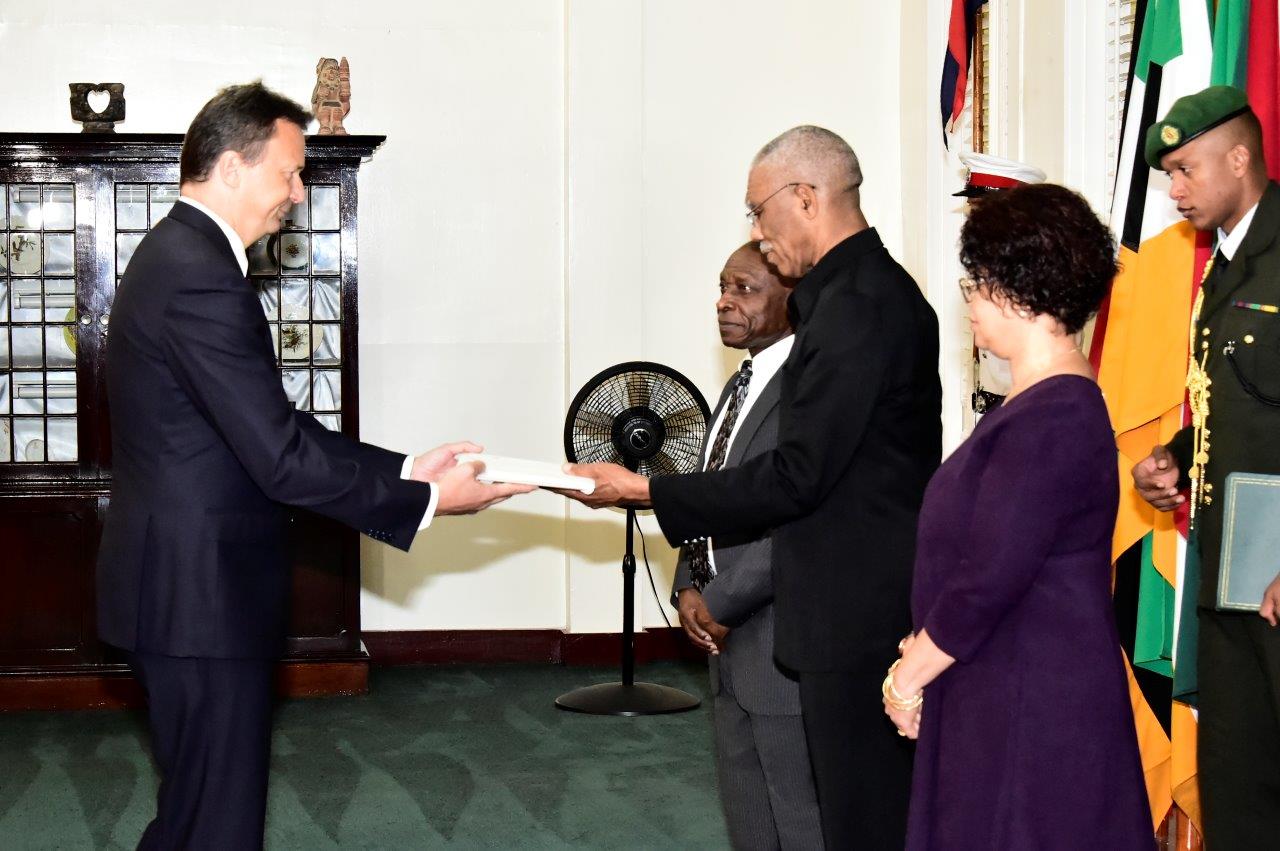 Georgetown, Guyana – (February 1, 2017) President David Granger, today, said that as Guyana moves closer to fully implementing its ‘Green’ Economy Action Plan, it will look to the Swiss Confederation for its support, guidance and expertise in this field. The President was at the time speaking at the Accreditation Ceremony for the new non-resident Ambassador of the Swiss Confederation to Guyana, Mr. Didier Chassot, which was held at State House. Ambassador Chassot will be based in Venezuela.

“Guyana’s commitment to the establishment of a green state is fully compatible with our adoption of the 2030 Agenda for Sustainable Development and the Paris Agreement on Climate Change. Guyana’s development agenda balances environmental sustainability with the objective of economic development and human wellbeing. Guyana, in this regard, is keen to benefit from the experience and expertise of the Government of the Swiss Confederation in its implementation of its ‘Green’ Economy Action Plan,” the President said.

The Head of State noted that Guyana and the Swiss Confederation have enjoyed 40 years of cordial relations since the establishment of formal diplomatic ties on May 24, 1977. These ties, he said, were further strengthened with the establishment, last year, of an Embassy in Geneva.

“The Embassy will give further impetus to enhancing the growing bilateral and multilateral relations between our two countries. Guyana and the Swiss Confederation are enjoined by our shared values of mutual respect for each other’s territorial integrity and sovereignty, mutual non-interference in each other’s internal affairs, cooperation for mutual benefit, respect for treaties and international law and the maintenance of international peace and security. We are willing to cooperate and collaborate with the Swiss Confederation and other countries in finding workable solutions to global threats,” President Granger said.

Meanwhile, the newly accredited Ambassador, in brief remarks, said that the Swiss Confederation was keen to advance ties with Guyana and the Caribbean as a whole. He noted that his country follows the developments in Guyana with great interest and he will endeavour to further enhance the relations, which exist between them. Guyana and the Swiss Confederation have many areas of commonalities such as the pursuit of peace and security, the Ambassador said, and as such, he will venture to build on these. 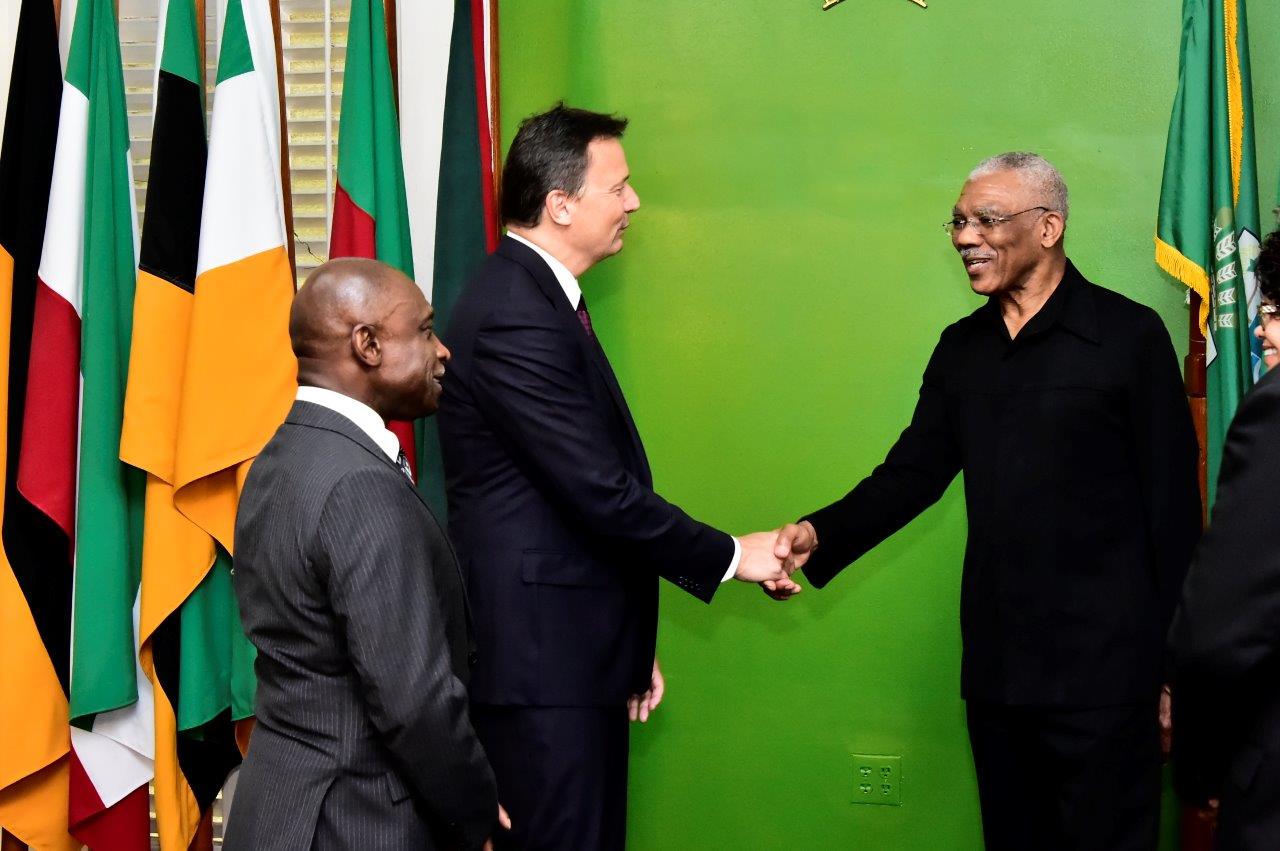 “My country works steadfastly to develop friendly, respectful and mutually interesting relations with other countries all over the world. In addition to the relations with our neighbours and partners in Europe, Switzerland’s Foreign Policy centres around the alleviation of need and poverty in the world, the promotion and respect for human rights and democracy, the peaceful coexistence of peoples as well as the conservation of natural resources. My country is committed to peace and security. Today more than ever we are facing global challenges, which we can only meet by strengthening worldwide cooperation. [In] that sense I can assure you that Switzerland intends to remain a close and reliable partner of Guyana both on the level of our bilateral relations as well as undertaking of multilateral cooperation,” he said.