Guyana is a model of interfaith harmony -President Granger 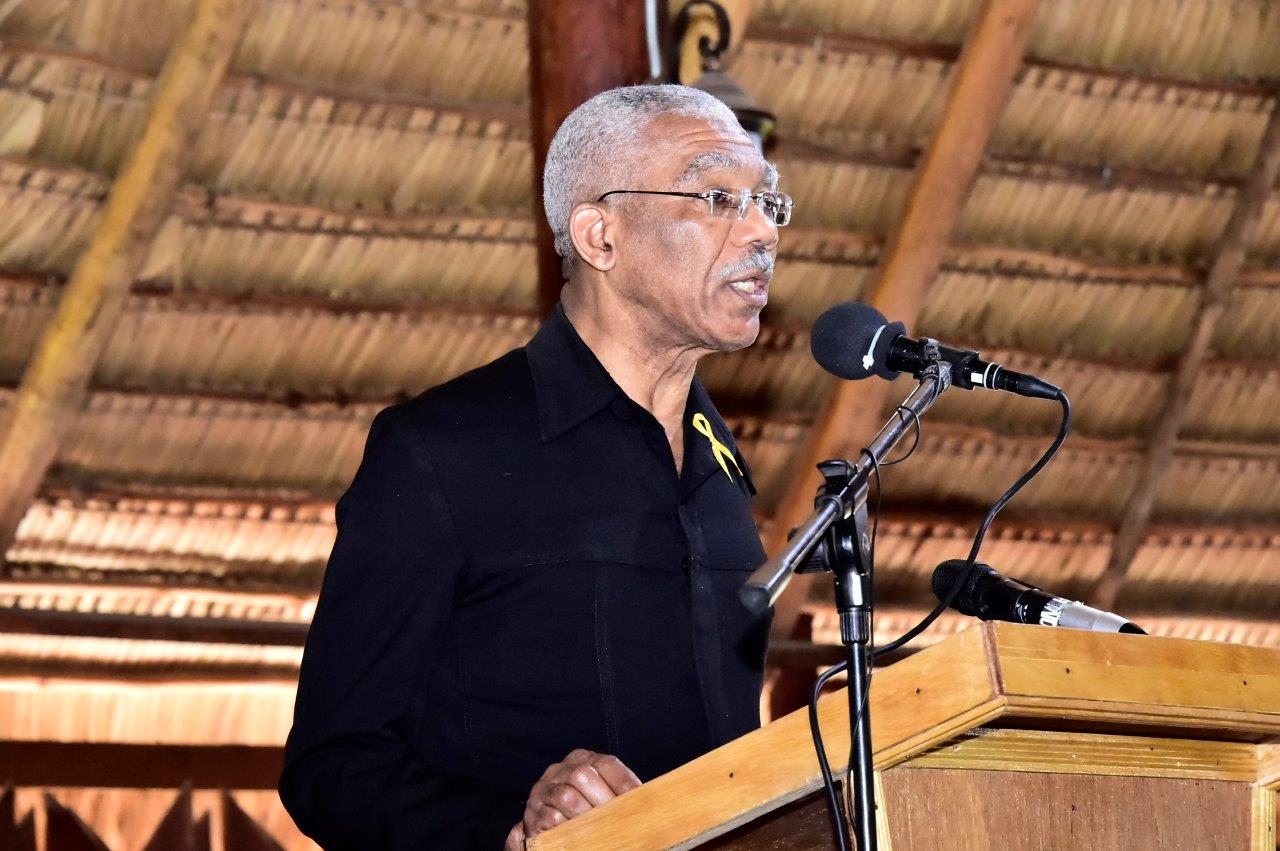 Georgetown, Guyana – (February 1, 2017) President David Granger said that the State has the responsibility of ensuring that social cohesion and interfaith harmony is not left to chance and it is primarily for this reason that the Administration established the Ministry of Social Cohesion. Cognisant of the importance of equality and the removal of discrimination in fostering social cohesion, the President in recent months, announced designated days to recognise every ethnic grouping that came to Guyana. “Social cohesion is about combating exclusion and marginalisation, it is about creating a sense of belonging and it is about promoting upward mobility,” he said.

Delivering the keynote address at the launch of World Interfaith Harmony Week at the Umana Yana, the Head of State said that at a time when hostile relationships and religious conflicts continue to envelop other parts of the world, Guyana has policies that promote peaceful coexistence by fostering interfaith harmony.

He reminded of Article 145 of the Constitution which states that, “Except with his or her own consent, no person shall be hindered in the enjoyment of his or her freedom of conscience and, for the purposes of this article, the said freedom includes freedom of thought and of religion, freedom to change his or her religious belief and freedom, either alone or in community with others, and both in public and in private, to manifest and propagate his or her religion or belief in worship, teaching, practice and observance.”

“Guyana is a model of interfaith harmony. The religious diversity which we enjoy has never degenerated into violent and murderous conflict… A culture of cooperation in a multi-ethnic, multi-cultural and multi-religious society can be sustained only by ensuring that there are guarantees of religious freedom, of policies which protect against religious discrimination and programmes which promote social cohesion,” President Granger said.

He explained that interfaith harmony is advanced through dialogue which in turn promotes understanding of each other’s culture and beliefs, which, in turn, generates cooperation which leads to development and facilitates the dismantling of the barriers of domination and distrust.

Similar sentiments were expressed by Minister of Social Cohesion, Dr. George Norton who said that patience, tolerance, peace, love, mutual respect and understanding are some of the values inherent in all religions, which should bind Guyanese together. “We have done well so far where religious tolerance is concerned, but this does not mean that we should become complacent. There is still a lot of work to be done to ensure that we maintain the peaceful, religious co-existence and religious tolerance we have been enjoying,” he said.

The Minister also called on all sections of society to ensure that interfaith harmony goes beyond the week of observance; noting that religious diversity not only facilitates peace, tolerance and unity but it also paves the way for national development.

“I wish to take this opportunity to remind our religious leaders that their power can be used to effect change within their communities. You must not underestimate your ability to reach out to a cross-section of society in order to foster Social Cohesion. The Government of Guyana has recognised the importance of fostering social cohesion as an approach to human and social development and through the Ministry of Social Cohesion, continues to advance same,” Minister Norton said. 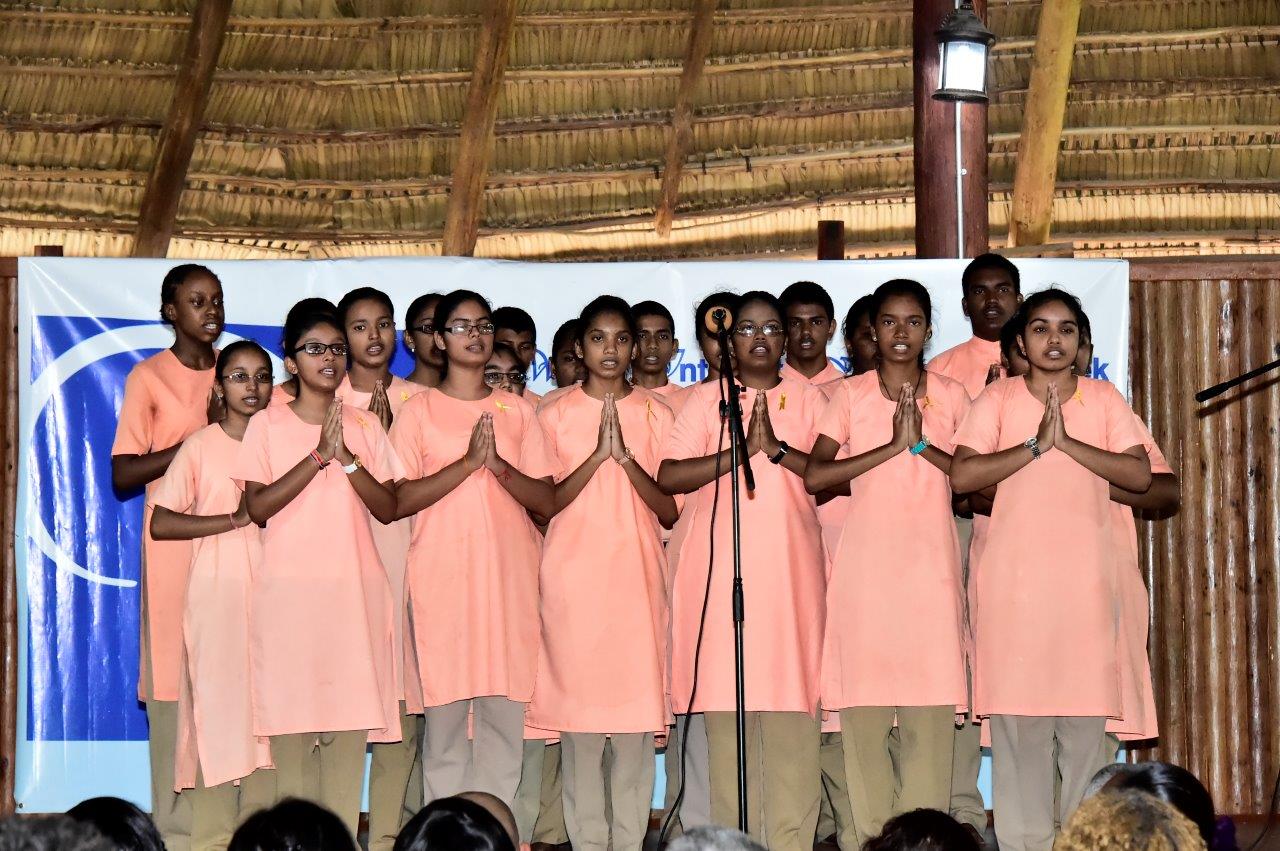 Meanwhile, in addition to presentations made by representatives of the various religious faiths, the three main political parties were also represented at the event. Speaking on behalf of the Alliance For Change (AFC), member, Ms. Latchmin Punalall said that the calls for unity and reconciliation must be followed by action. “Sometimes we listen and we hear but we do not activate what we hear. It is time for us to remember that we have to act,” she said.

Bishop Juan Edghill, who represented the Leader of the Opposition and the People’s Progressive Party/Civic (PPP/C) said that if Guyana is going to safeguard inter-religious harmony, people need to propagate their respective faiths without demonising the faiths of others. He also spoke about the role of education in understanding and appreciating the rights, cultures and beliefs of others.

“I believe that there should be greater attention as it relates to our education system; you don’t have to accept it, you don’t have to practice it but if you understand it, you can make space for it to happen without using whatever influence you have to ridicule, stop or condemn,” Bishop Edghill said.

United Nations (UN) Resident Coordinator, Ms. Mikiko Tanaka, who spoke on behalf of all UN organisations in Guyana, said that anti-Muslim hate crimes, xenophobia, racism, anti-semitism and other forms of bigotry are on the rise in the world today and as such, the stability that comes with interfaith harmony is becoming increasingly important for countries. 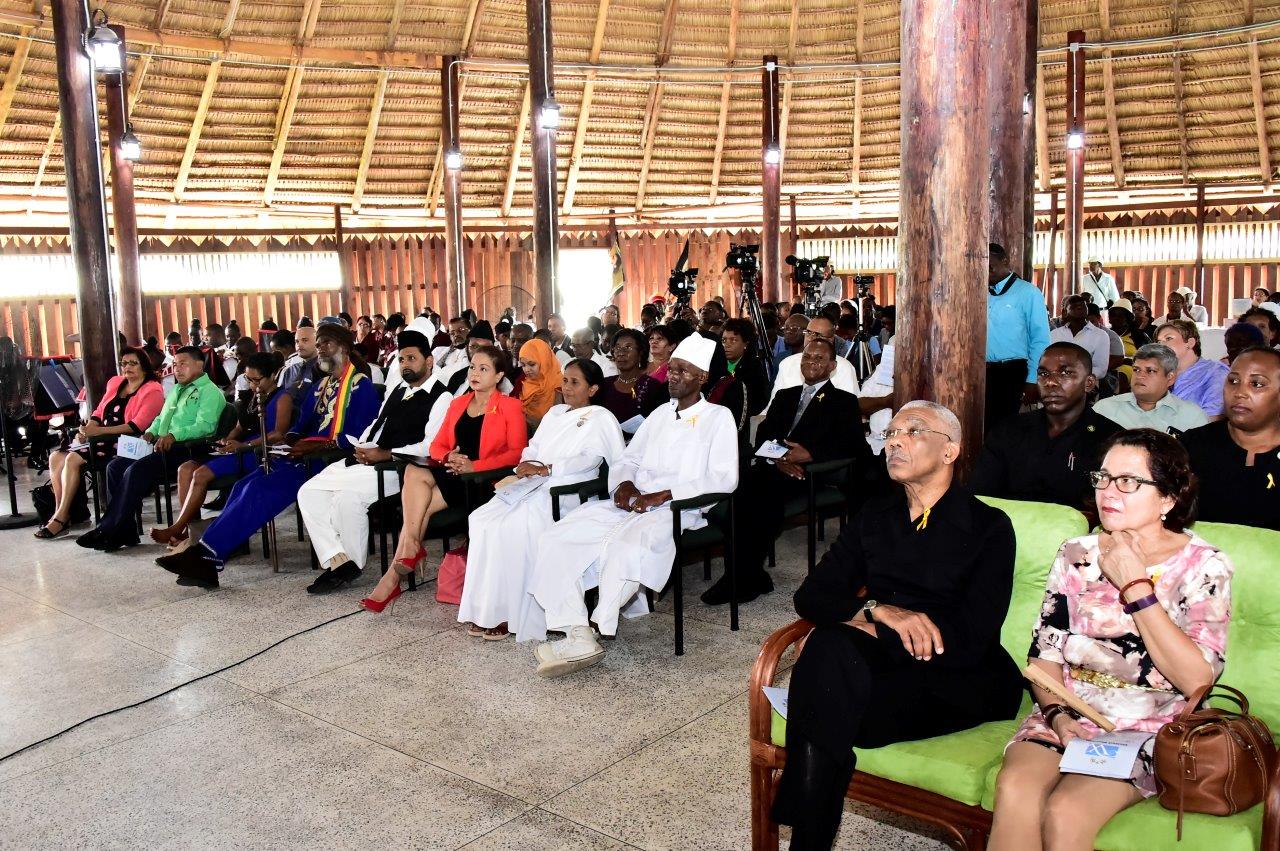 “We all have to resist cynical efforts that try to divide communities and portray neighbours as the ‘other’. People everywhere need to feel that their cultural identities are valued and at the same time to have a strong sense of belonging to their community as a whole. As societies become more multi-ethnic and multi-religious, cultural and economic investments and cohesion are required so that diversity is rightly seen as richness not a threat,” she said.

The activities to commemorate World Interfaith Harmony Week are being spearheaded by the Inter-Religious Organisation of Guyana (IRO) under the theme, “Fostering Social Cohesion in Guyana”. World Interfaith Harmony Week was first proposed at the UN General Assembly on September 23, 2010 by His Majesty, King Abdullah II of Jordan. It was unanimously adopted in October of that same year. It started as an initiative to bring together leaders of the Christian and Muslim faiths in dialogue, but was later expanded to include all faiths.