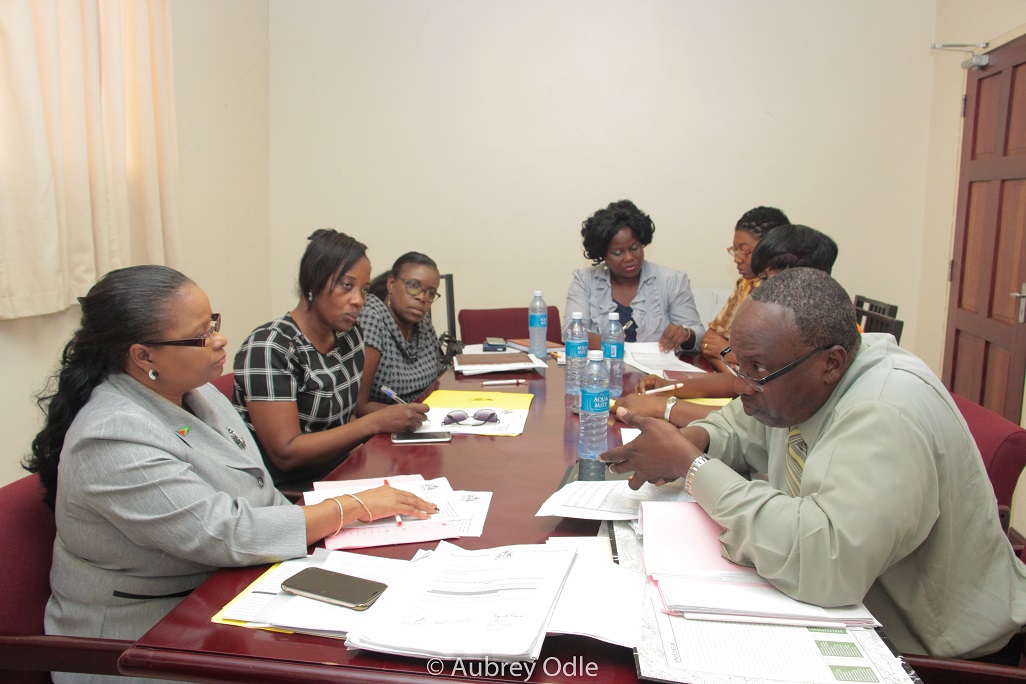 Georgetown, Guyana – (January 27, 2017) Minister of Public Health, Ms. Volda Lawrence, has committed to addressing the deficiencies and gaps plaguing the health sector and the delivery of health services, even as she has begun work on creating a more effective system to facilitate the procurement and distribution of drugs to serve health institutions across the country.

The Minister, in an interview with the Press and Publicity Unit of the Ministry of the Presidency, earlier today, said that since she has assumed responsibility at the Ministry for just under a month, several systemic errors have been identified and it is her intention to have these addressed.

“I have been speaking to staff members at all levels. I have been speaking to our partners to ascertain where we are and why we are not where we ought to be and what are some of the things that are stumbling blocks in terms of us being able to achieve a health system that has minimal hiccups within it. One of the things that I am looking at going forward is systems. I am looking at bodies, whether there are the persons in the positions to carry out the functions to allow for a smooth flow of the services, of the materials to the various facilities so that they can execute and provide to the needs of our people. I can assure the Guyanese people that I am using all of my experience, financial and otherwise to ensure that we can identify the gaps along with the staff of the Ministry,” Minister Lawrence said.

Minister Lawrence meeting with senior members of the Ministry at the Diamond Bond, earlier today.

The Minister noted that based on a tour on Thursday at the Ministry of Public Health’s Drug Bond located at Diamond, it was found that there were gaps and loopholes, which needed to be addressed. Among the gaps identified was the shortage of some drugs at the bond. Given her observations, the Minister immediately convened a meeting with her Directors, Permanent Secretary and other officers from the Ministry. As of today, the Minister had moved her office to the Bond, where she had begun making short and long term plans to arrest the issue before it escalates further.

Minister Lawrence said that she mandated her Director of Regional Health Services to make contact with all of the regions across the country to ensure that they were not affected and to determine their primary drug needs.

“In Regions Eight, Nine and also in One, they have indicated that there is no need for us to expedite drugs to them because in most of the three areas, they have drugs to last them for a month and a half at least. So we are just talking about seven regions out of the 10. We have that list and we have been able to identify 50 percent of the requirements by those health institutions. We are going to work throughout the weekend to ensure that by Monday, that all of these facilities would have received that 50 percent of the drugs that they would have requested. Apart from that, we are also talking to the suppliers and we are aware at this time that there are some drugs that arrived in the country this morning and so we have been speaking to the people at the Wharf so that they can expedite the release of that container of drugs,” the Minister of Public Health said.

She said that it is expected that by Monday morning, the Ministry will be able to access that container and commence distribution to areas of need. Minister Lawrence noted that the Guyanese public can be assured of Government’s efforts, since everything possible is being done at this time, to ensure that their health needs are met at the various institutions. 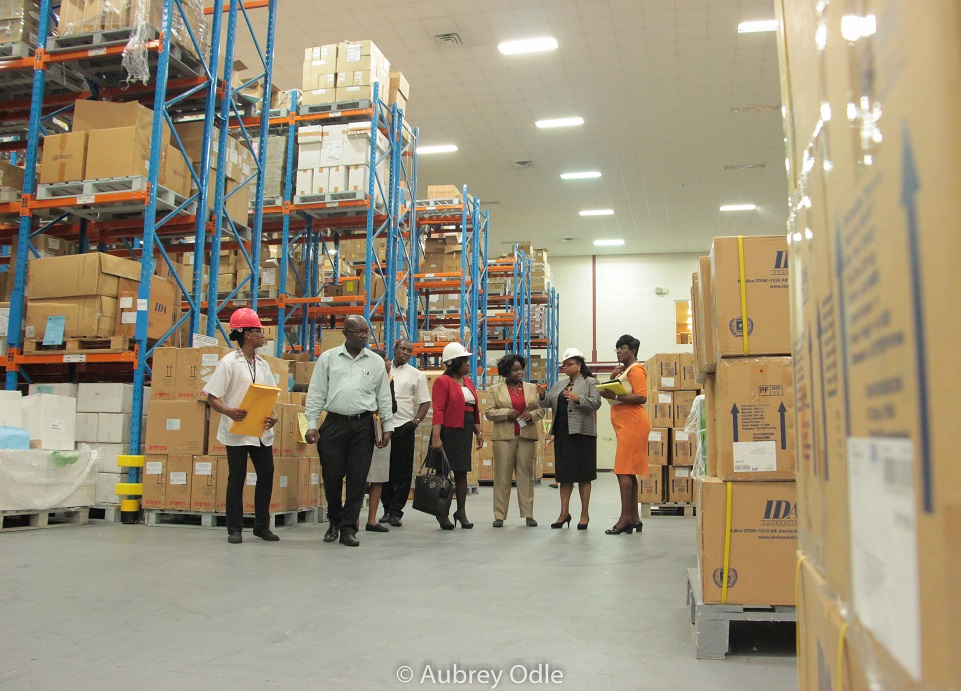 Minister Lawrence and Minister Cummings undertaking a tour of the Diamond Drug Bond along with senior members of the Ministry.

“I want to say to the Guyanese people that please be comforted knowing that we have recognised that there are some issues within the system and as a result of that, your Minister and team [are working] to ensure that drugs that are required within the various health sectors across the region, that they reach there. We have an expeditious system in place to ensure that by Monday we can be able to fill those requirements and ensure that our people are taken care of and that they receive the necessary drugs that is required of them. Whatever it takes, we are going to ensure that we have those drugs here for quick dispatch to the various regions and your Government is working to ensure that your health is not placed at risk,” Minister Lawrence said.

The Minister noted that she has also been examining the systems, which are currently in place with the hope of identifying the challenges with the suppliers, the drugs which are being supplied, the location of the orders and the approximate arrival time in the country, in an effort to determine whether other mechanisms should be put in place. “Many of the issues are systemic issues and they can be resolved easily. We will have to work with other government agencies to partner to solve some of the issues,” she said.

The Minister said that there is no need for alarm in the country and the arrangements, which have been made and are being made, are in an effort to minimise any eventualities of a drug shortage. “We have received no reports. It was a recognition based on the visit, based on evidence before me that I triggered a meeting this morning, that I triggered a reach out, through the Director the Regional Health Services to the regional authorities. It was the Ministry reaching out to them and seeking to ensure that they are well equipped at this point to deal with any illness, which comes before them. It is the ministry taking the lead and not any regional health authority,” the Minister said.

Recognising that there are gaps, which must be bridged, the Minister has been embarking on meetings and talks with the regional health authorities of the 10 administrative regions, with the aim of hearing first hand, what are some of the measures and mechanisms that can be put in place to facilitate the smooth and efficient delivery of health services. 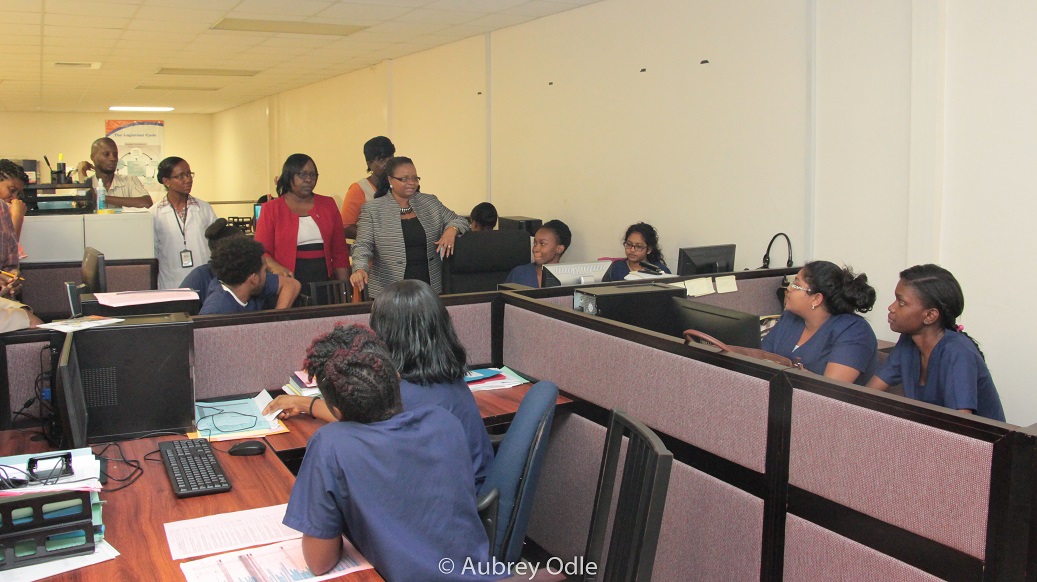 “I have already met with Region Four and they have some undertakings from our meeting. We have had a great discussion. We have been able to highlight some of the issues from the places that I have already visited and they have short term, and medium term plans that they have begun to work on. I have been to Region Two and the REO is working on some of the things that we raised while we were there. We are going back shortly to meet with a wider team so that we can have persons who are involved in providing a health service to the people to have them involved in the planning and being able to identify the issues and for us to find a collective solution,” Minister Lawrence said.

Message of Congratulations to Honourable Raphael Trotman, Member of Parliament