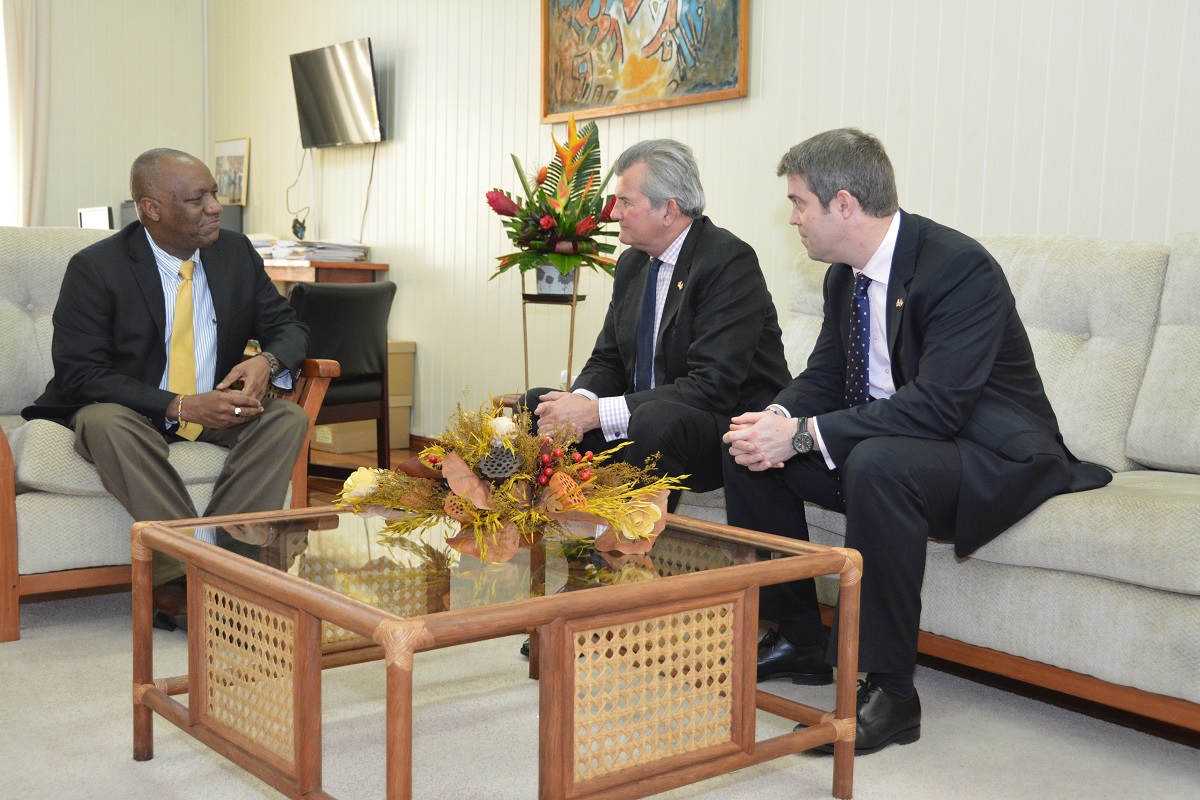 Georgetown, Guyana – (January 26, 2017) British Senior Security Sector Reform Advisor, Mr. Russell Combe, who will serve as the Advisor to the President under the United Kingdom’s (UK) Security Sector Reform Programme (SSRP), yesterday, met with Minister of State, Mr. Joseph Harmon, where he was assured of Government’s commitment to ensuring the crafting and implementation of the five-year strategic report, which the advisor will produce at the end of his one year placement in Guyana. Mr. Combe is from the Olive Group, which was contracted by Engineering, Design, Construction, Management (AECOM), on behalf of the United Kingdom Government.

During the meeting, Minister Harmon reminded that this US$4.7B programme was scrapped in 2009 by the People’s Progressive Party Civic (PPP/C) Administration after the British Government had requested to have oversight of the programme, to ensure that there was ‘value for money’. The former Government saw this request as a move to intrude upon Guyana’s sovereignty. However, the British Government had said that the then Government had submitted a different proposal — one which had focused on police modernisation rather than employing a holistic approach to reform, as was originally requested. The intention of the British was to build a workable basis for improving national security, while reducing crime in Guyana by 2011.

Nevertheless, Minister Harmon assured that the new administration is serious about seeing the programme come to fruition so as to make the country a safer place. “Since we came into office, the President recognised the importance of this sector and all of the Government officials see if important to follow up on this exercise. We are looking for an architecture that goes beyond individual governments,” Minister Harmon said.

Minister Harmon in discussion with Mr. Combe and Mr. Forwood at his office at the Ministry of the Presidency.

The Government is optimistic that after the SSRP has been implemented; Guyana’s security sector will be significantly strengthened, allowing for enhanced crime fighting capabilities and a safe and secured country. Minister Harmon noted that once agencies such as the Police Force have been strengthened through the programme, law enforcement officials would be in a better position to effectively carry out their duties.

In 2016, just under a year after assuming the Presidency, President David Granger met with Baroness Joyce Anelay, Minister of State for the Commonwealth and the United Nations (UN) at the Foreign and Commonwealth Office, former UK Prime Minister David Cameron and British High Commissioner to Guyana, Mr. Greg Quinn, with the request that consideration be given in restarting the programme in Guyana. Last year, a team visited the country to perform scoping works to prepare for the arrival of the senior advisor.

Mr. Combe, whose office will be housed at the Ministry of the Presidency during his one-year stay in Guyana, in an invited comment, said that his posting here will see him looking at the needs of the security sector through all the stakeholders and will be working closely with the Head of State.

“One of the recommendations that needs analysis [done in 2016] is that there should be a security advisor to the President, imbedded in his office and that was successfully bid for by AECOM, which is the company with which Olive Group has partnered for the provision of such services. My terms of reference are, in short, to deliver a review of security sector requirements for the President,” he said.

Questioned on the stakeholders he expects to engage with over the next year, Mr. Combe said, “The Police would be a very important instrument of the security sector, the Guyana Defence Force, the Ministry of [Legal Affairs], the [Guyana] Prison Service, and everybody who is involved in providing security to the people of Guyana.” 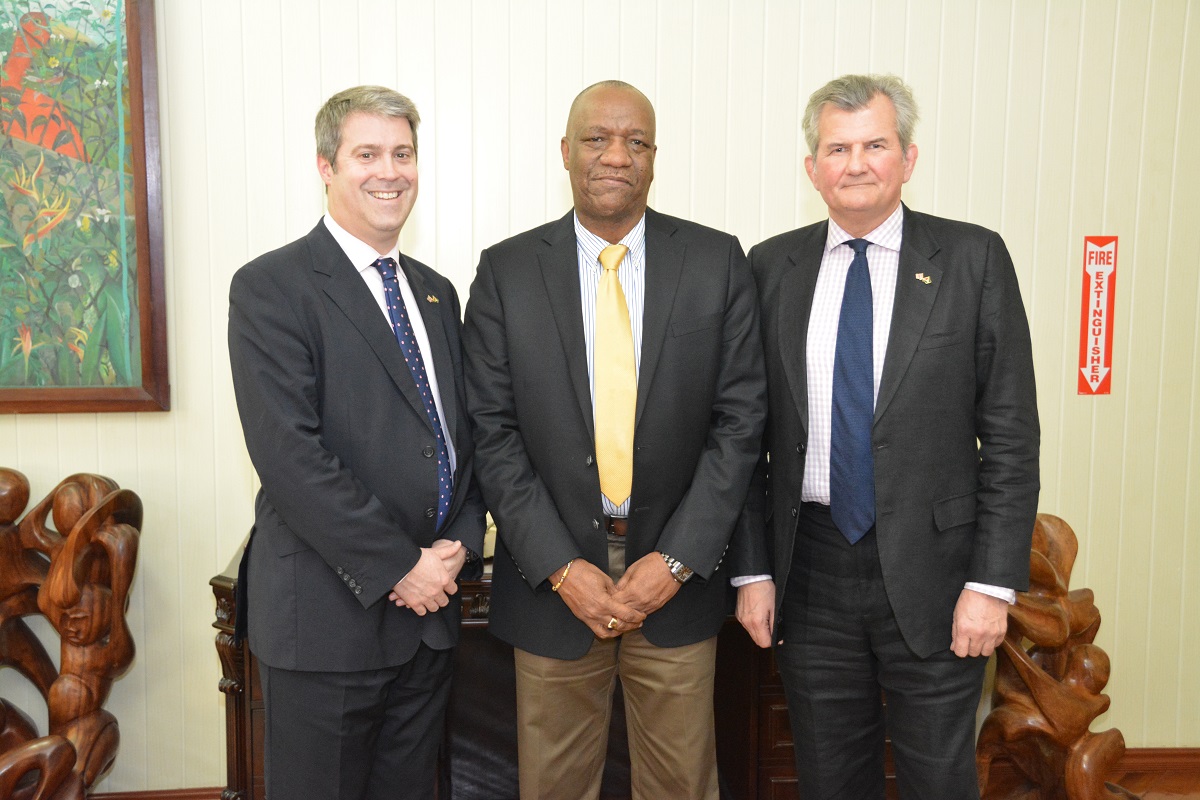 The five year strategic plan, Mr. Combe said will give the Government a reasonable time frame to be able to implement some, if not all, of the recommendations that will be made.

“There will be a lot of recommendations, which we will hopefully be able to implement sooner. There were previous efforts made and good work was achieved in the security sector reform but it fell short of actual implementations. So some of those recommendations we are looking at closely to see if it is still applicable today. Some may have been overtaken by events. Others may need to be reinvigorated to be very appropriate to be implemented sooner rather than later. I am hoping that there will be some results achieved during my time here,” the security expert said.