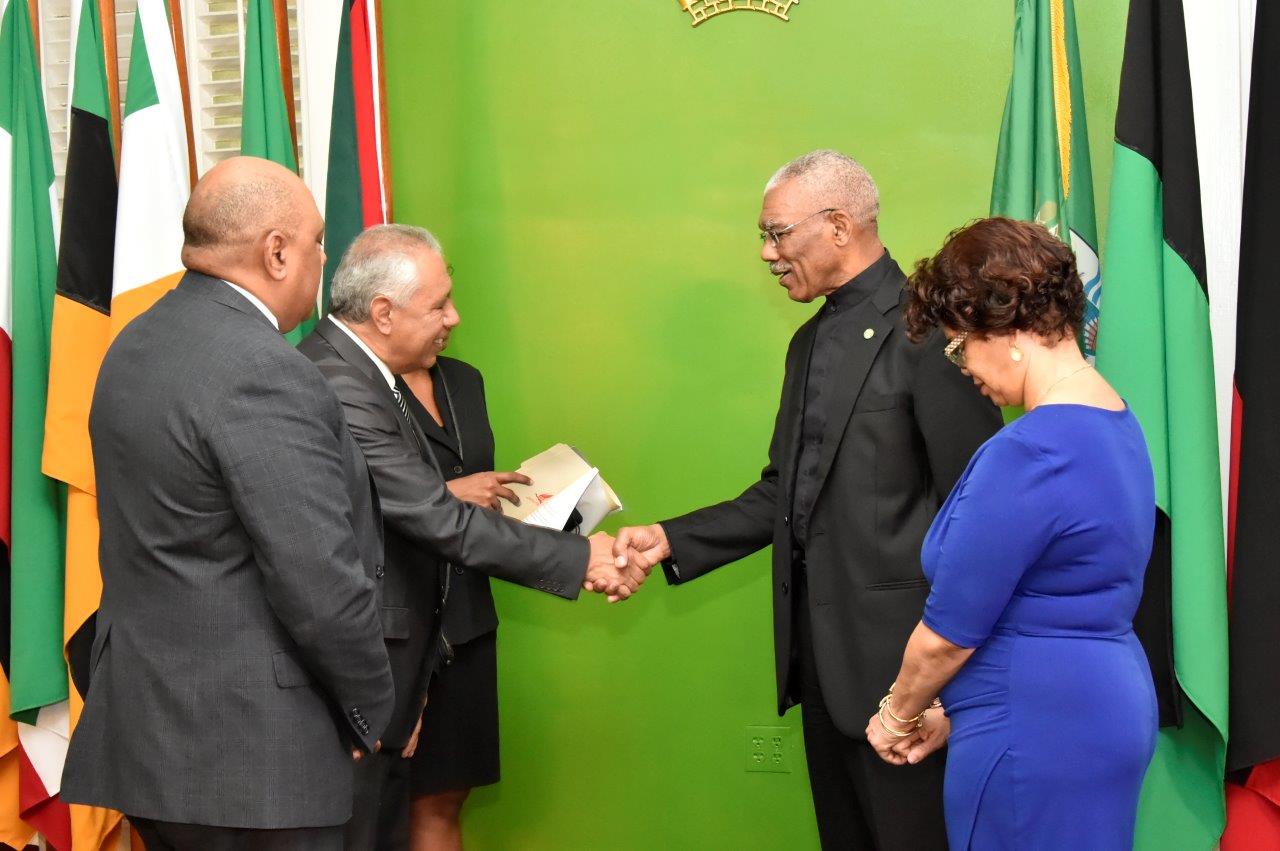 Georgetown, Guyana – (January 18, 2017) President David Granger, today, accepted the Letters of Credence from Ambassador designate, Mr. Jose Kinn Franco at State House, accrediting his as the new non-resident Ambassador of the Plurinational State of Bolivia to Guyana. The President said that with the appointment of the new Ambassador, it is hoped that an even stronger relationship characterised by peace, security and prosperity can be forged between the two nations.

President Granger, accepting the Letters of Credence, said that that the two countries place great emphasis on the importance of regional integration. This, he said, serves as a means of achieving a higher standard of living for their peoples through the sustainable use of the countries’ natural resources. He noted that Guyana and Bolivia both adhere strongly to the international values of mutual respect for each other’s territorial integrity and sovereignty, mutual non-interference in each other’s internal affairs, cooperation for mutual benefit, respect for treaties and international law and the maintenance of regional peace and security.

“Guyana and Bolivia recall that the Heads of State and Government of the Community of Latin American and Caribbean States (CELAC) gathered at the Second Summit in Havana, Cuba on January 28 and 29, 2014 declared Latin America and the Caribbean as a Zone of Peace based on respect for the principles and rules of International Law, including the international instruments to which Member States are a party to and the Principles and Purposes of the Charter of the United Nations. Guyana is confident that, as a member of various regional organizations, we will continue to collaborate with Bolivia to work for the preservation of the continent as a zone of peace,” he said.

President Granger exchanges a handshake with the newly accredited Ambassador after the ceremony at State House, earlier today.

As the country moves towards the pursuit and development of a ‘green’ economy, the President said that he too, looks forward to cooperation in this area, as it is a means of tackling the ongoing climate change phenomenon.

“The ‘green state’ will place emphasis on the protection of our environment, the preservation of our biodiversity, the provision of eco-tourism and eco-educational services and the promotion of practical measures to ensure climate adaptation. We are committed to a low-carbon, low-emission trajectory of development. We believe that the development of sustainable models of development which both of our countries support are best achieved in an environment of peace and security,” the President said.

Meanwhile, newly accredited Ambassador Franco, in his remarks, said that the two countries have always shared cordial, friendly relations and it is that country’s hope too, that the bonds can be further deepened for the mutual benefit of Guyana and Bolivia.

“It is the profound wish of our President to see the development and strengthening of relations with your country. My mission will be to seek fruitful outcomes in all areas of our relationship with due priority to fostering brotherhood among our peoples and actions in favour of development, which our peoples fervently aspire,” Ambassador Franco said through a translator. Ambassador Franco replaces Mr. Jerjes Justiniano Talavera, who began his tenure in Guyana in 2014.