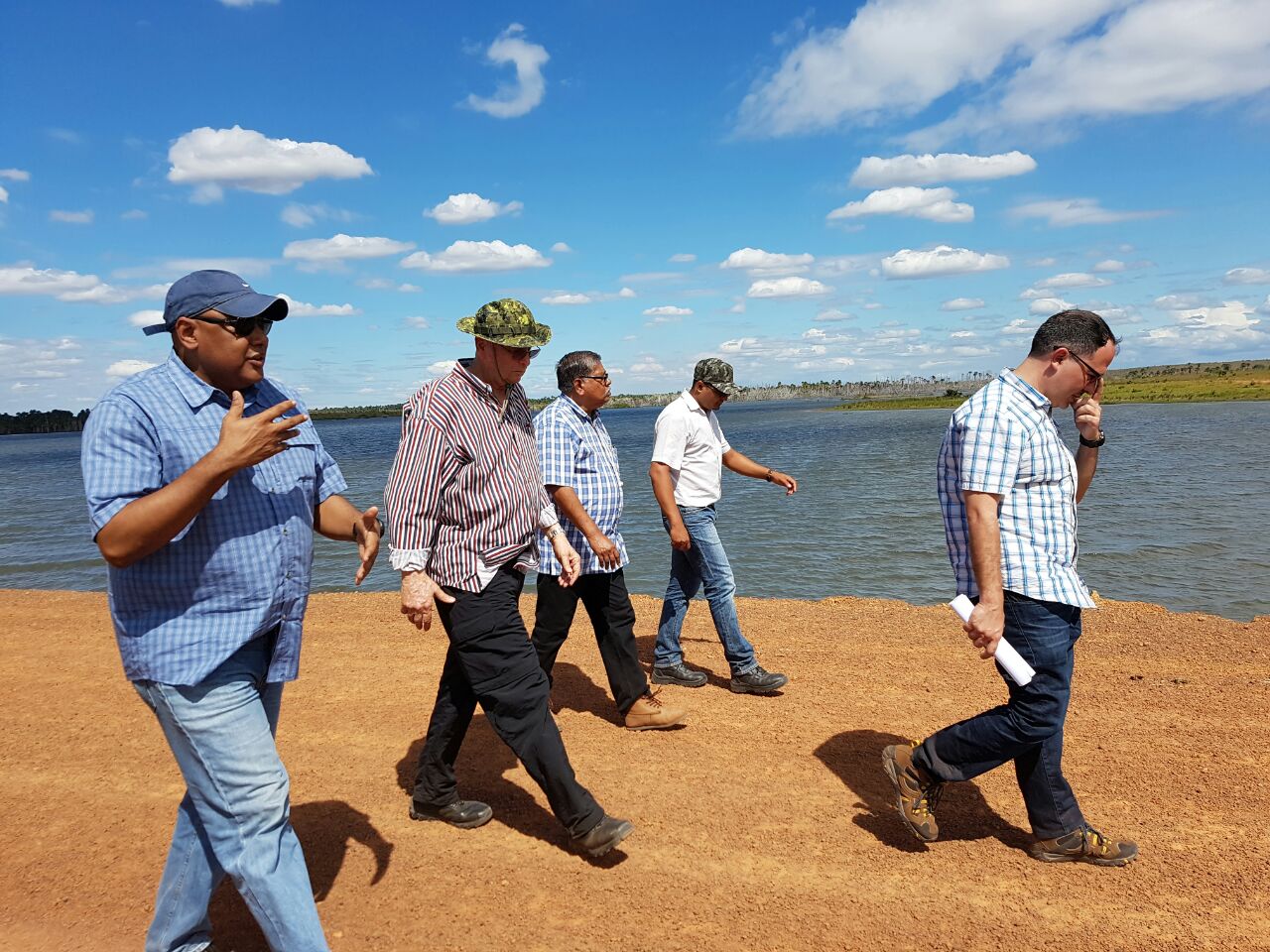 Georgetown, Guyana – (January 17, 2017) Nine wells and two large water catchment areas are slated for in the Upper Takutu-Upper Essequibo (Region Nine) area, to provide relief to residents, during the cyclical El Nino weather patterns, as Government looks to provide longer term solutions to the annual periods of drought. The Brazilian Military will dig the nine wells, with funding from the Brazilian Government while the two large catchment areas, which will hold about three million cubic metres of water each, will be financed through Public-Private Partnerships.

Minister of Natural Resources, Mr. Raphael Trotman, during a break of today’s sitting of Cabinet, said that President David Granger had mandated that systems should be put in place to ensure that there is long-term relief for the residents. With this mandate, a team made up of representatives from stakeholder Ministries and agencies, over the weekend, visited the Region, to conduct a reconnaissance of the area and to hold meetings with regional officials and residents ahead of the commencement of works.

“Last year 2016, the dry spell; the El Nino was most severe in Region Nine and cattle was affected. But more than cattle, livestock and people were affected and so the President in particular has decided that this must not happen again. He has charged Cabinet Ministers to ensure that there is portable water for use by households as well as for the livestock and sustenance of life. We spent the weekend in Region Nine looking at two things. One was the idea of creating catchment areas where water would be held by ‘damming’ some areas and holding millions of cubic metres of water so that when the dry weather conditions come, we will not find ourselves without water for cooking, sustaining lives and for livestock,” Minister Trotman said.

Additionally, the team examined the possibility of establishing ponds in the area to create opportunities for aquaculture year round for either commercial harvest or household use. Further, the Government of Brazil has committed to ensuring that the nine wells are dug particularly in the South Rupununi area, within the first half of this year.

“The first catchment area, which will be about three million cubic metres of water, will be in the Nappi Village area and that will be done by April 1. So things are happening at a very fast rate. We are looking at two large catchment areas and then the Ministry of Agriculture will do a few smaller ones maybe about five. The total investment for those two will be about a US$1M. We have met with the Region. We have met with the Village Councils, we have also been engaging mining and other companies, Conservation International and others that have an interest in sustainability in Rupununi,” Minister Trotman said.

As it is, the Government is looking at areas such as Parishara, Nappi and other surrounding villages, before heading to South Rupununi. Minister Trotman said that the team is looking at villages, which are bunched together so that the resources can be shared and managed among them.

Speaking on the Government’s commitment to ensuring that the region is never again unprepared to deal with weather patterns that can result in droughts, the Minister said, “The President’s commitment to himself and to the people of Region nine [is that this] will not happen again, is being realised.”

Minister of Natural Resources, Mr. Raphael Trotman, makes a point to representatives from the Private sector and Civil Society, during a visit to the Upper Takutu-Upper Essequibo Region over the weekend to formalise plans for the digging of the catchment areas.

Colonel Chabilall Ramsarup, Director General of the Civil Defence Commission (CDC), in an invited comment, said that the Commission, which has responsibility for monitoring and providing relief in such instances, is looking at water harvesting to ensure that the valuable resource is managed during the wet season so that it can also be available during the dry season.

One of the catchment areas, he said, which will hold about three million cubic metres of water can provide for the needs of residents for up to a year. Their needs, therefore, will be adequately met, Colonel Ramsarup said.

Meanwhile, also in an invited comment, Chairman of the Region, Mr. Brian Allicock said that the residents have welcomed the move by the administration, since it will make their lives easier, once completed. “As I mentioned to Minister Trotman, this could not have come at a more opportune time. The people have welcomed these two catchment areas that the Government has planned to put in the Region at this time,” he said.

Additionally, he noted that the Region, in collaboration with the Guyana Water Incorporated (GWI) will begin exploration in the South Pakaraimas Mountains to see what springs are present there so that the water can be channelled to the residents for usage.

In October 2015, Minister of State, Mr. Joseph Harmon, had led a team to the Rupununi where residents had been dealing with the drought effects of El Nino weather conditions and had committed the government’s support to ensuring that the impacts of the season are vastly minimised and long terms solutions are found.

Minister Harmon, at that time, had said that while the government will be looking to put short and medium term solutions in place for immediate relief to be brought to the residents, there is need for long-term plan so that the problem is not revisited every year. He had noted that when Government spends money, it must be for a sustainable purpose.