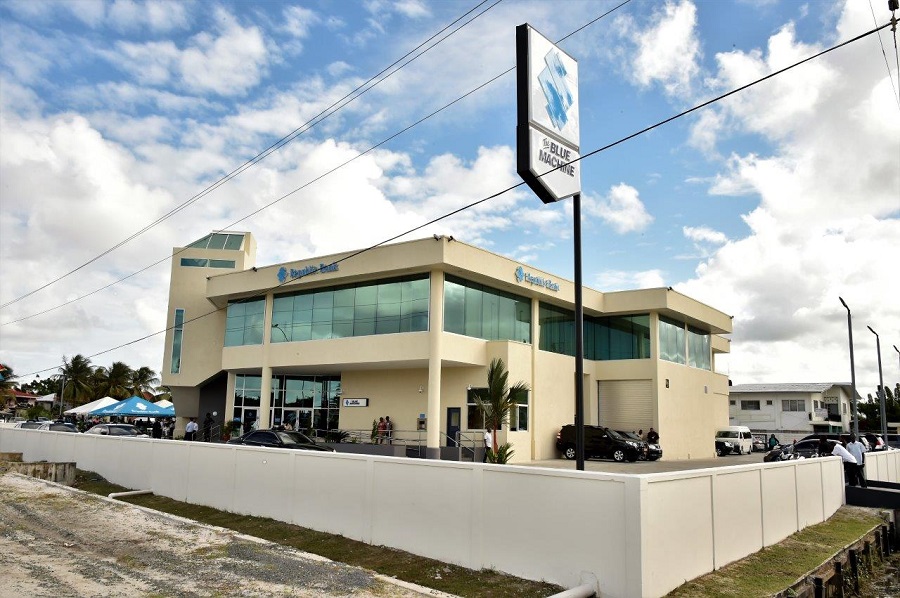 Georgetown, Guyana – (January 15, 2017) President David Granger, today, called on the banking sector to help address the deficiencies that exist in the provision of financial services in Guyana. The Head of State, who was at the time delivering the feature address at the opening of the Republic Bank (Guyana) Limited’s Triumph Branch, also used the opportunity to urge commercial banks to take the lead in providing capital and credit to help in the acquisition of new ‘green’ technologies as Guyana transitions into a green economy. The $1.5B facility, which is outfitted with energy efficient lighting and refrigeration flow for air conditioning systems in keeping with Guyana’s ‘green state’ agenda, will cater to the banking needs of residents along the East Coast Demerara.

“There is still great potential for the provision of financial services further eastward and westward so as to drive the economic development of this part of our coastland… The commercial banking sector must take bold and innovative means to bridge the gap between the services available on the coastland and those available in the hinterland,” the Head of State said.

The $1.5B Republic Bank’s Triumph Branch

He also spoke of the importance of banking services to the development of the newly-designated capital towns; Bartica Lethem and Mabaruma. In fact, outside of Bartica, the only two hinterland communities with bank branches are Lethem, where there is a Republic Bank branch and Port Kaituma, where there is a Guyana Bank for Trade and Industry branch, and as a result, residents have to make costly trips to access vital services. “The lack of access to banking services in un-served areas presents a serious constraint to income generation activities. It is also a factor limiting the economic development of those regions. My Government is committed, over the long-term, to ensuring universal access to financial services throughout Guyana,” President Granger said.

Acknowledging that some communities, because of remoteness and small populace, would not make permanent branches worthwhile, the President informed that his Administration is exploring alternatives to traditional banking services as it is not viable for banks to establish branches to serve those areas. Some of the options being considered include mobile banking. 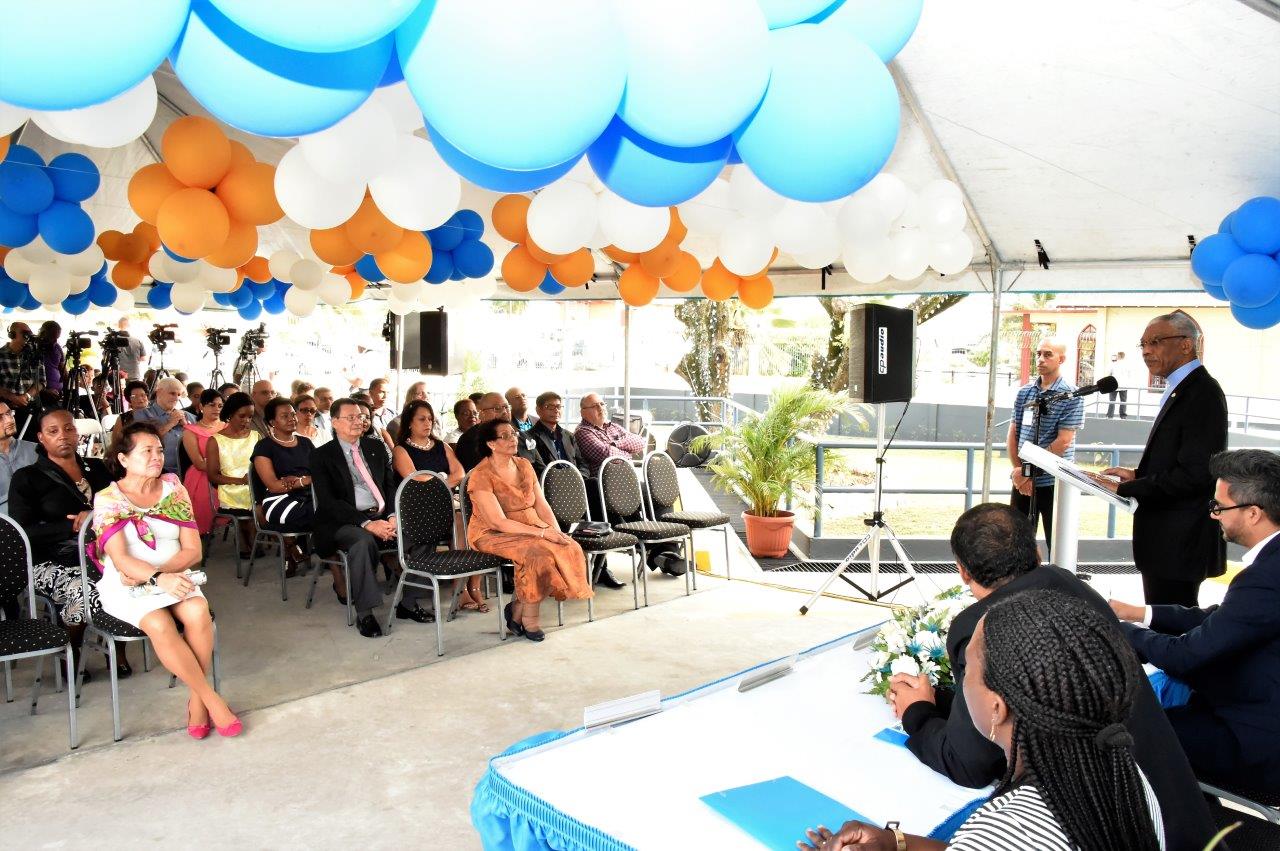 Calling on the financial sector to support this initiative the President said, “People living along the river banks, people living in our vast grasslands, people living in the savannahs, people living in the rainforest where the mining and logging takes place, these people need services. Guyana, therefore, more than other Caribbean states, a mainland state, needs to develop systems adapted to its geographic reality, one size does not fit all for us. Mobile banking has proved to be very successful at expanding access to financial services in many countries.

Chairman of the Board of Directors of Republic Bank, Mr. Nigel Baptiste said that the opening of the Triumph Branch solidifies the Bank’s vision to strengthen relations with the communities between West Berbice and Georgetown. He added the bank’s expansion plans are strongly aligned with the trends shaping the local, regional and global economies. Mr. Baptiste also said that among local developments are increased opportunities for home ownership, the expansion of small and medium enterprises and growing confidence in the local economic prospects.

Message by the Honourable Minister of Social Cohesion, Dr. George Norton, on the occasion of Chinese Arrival Day 2017