President Granger meets with delegation from US Southern Command 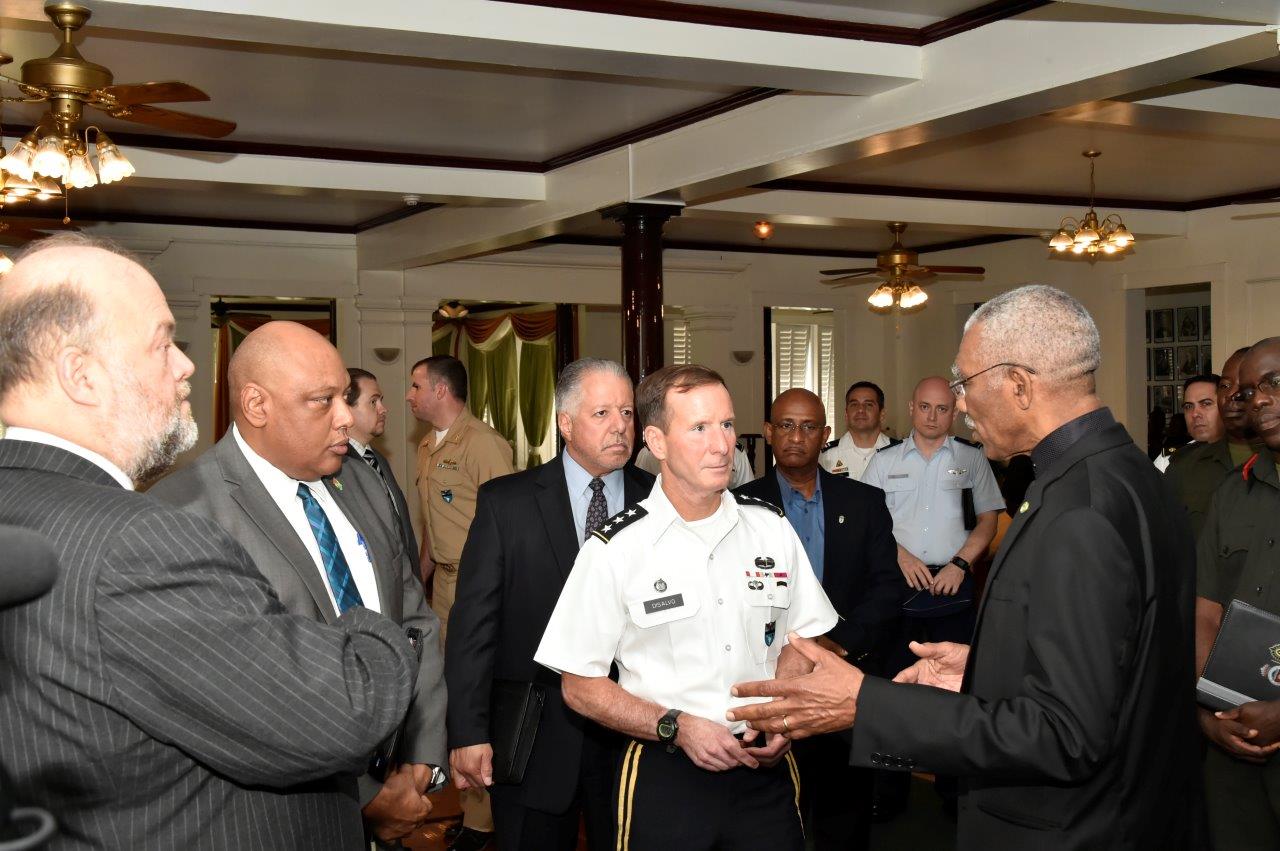 Georgetown, Guyana – (January 10, 2017) President David Granger was, today, paid a courtesy call by the Military Deputy Commander of the United States (US) Southern Command (SOUTHCOM), Lieutenant General Joseph DiSalvo at State House. He was accompanied by US Ambassador to Guyana Mr. Perry Holloway and a team from his organisation.

During the meeting, President Granger and General DiSalvo discussed regional security with reference to transnational crimes and the strengthening of regional security mechanisms. Guyana’s Head of State also used the opportunity to update the delegation on the Guyana-Venezuela border controversy and on the country’s ‘green’ state agenda.

Meanwhile, Lieutenant General DiSalvo said that with Guyana’s impending economic boom, as a result of the development of the petroleum industry will come with even more security-related challenges and assured the President of SOUTHCOM’s support, particularly as it relates to the formulation of a sustainable national security programme.

SOUTHCOM is a joint military command, which supports US national security objectives throughout the Western Hemisphere in cooperation with domestic and international partners, in order to foster security, ensure stability, and promote prosperity throughout Central and South America, the Caribbean and the global community. 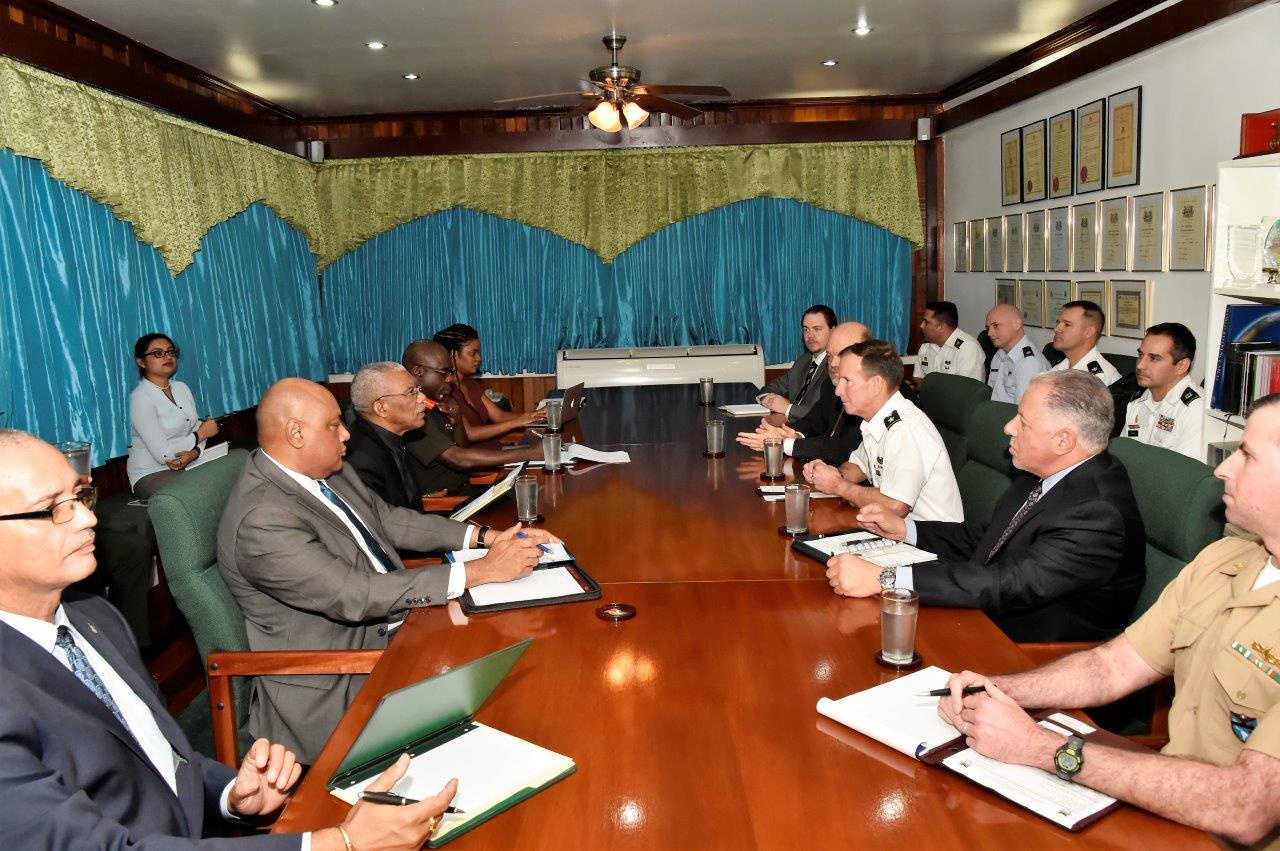 Message by the Honourable Minister of Social Cohesion, Dr. George Norton, on the occasion of Chinese Arrival Day 2017