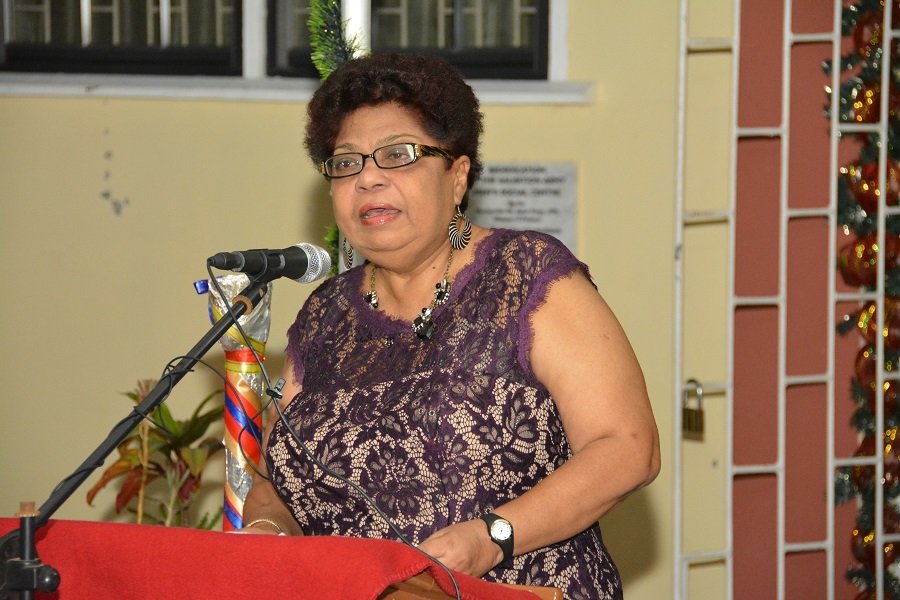 Georgetown, Guyana – (December 30, 2016) Minster of Social Cohesion, Ms. Amna Ally, this evening, announced Government’s allocation of $10M towards the advancement of the work of the Salvation Army in Guyana’s Rehabilitation Programme for 2017. The Minister made this announcement at the Organisation’s Past and Current Clients’ Reunion Dinner at their headquarters in Water Street, Kingston. “Together, Government, civil society and private sector can work together to reduce drug abuse and build stronger, healthier and more prosperous families and communities throughout Guyana,” Minister Ally said.

Minister Ally also spoke on the importance of wider education on the dangers of drug abuse and called on past victims and relatives of those affected to raise awareness among members of at risk populations. “For too long we’ve been silent and I am aware that many parents and families have been silent because of the stigma of this disease… We need to let our voices be heard so that people don’t feel ashamed. This is a disease… We need to educate ourselves as well as others as much as we can as family, as a friend and as a confidant, because speaking out raises awareness, which is critical in helping more persons to understand the disease,” Minister Ally said.

Minister of Social Cohesion, Ms. Amna Ally delivering an address to the audience at the Salvation Army’s Past and Current Clients’ Reunion dinner. 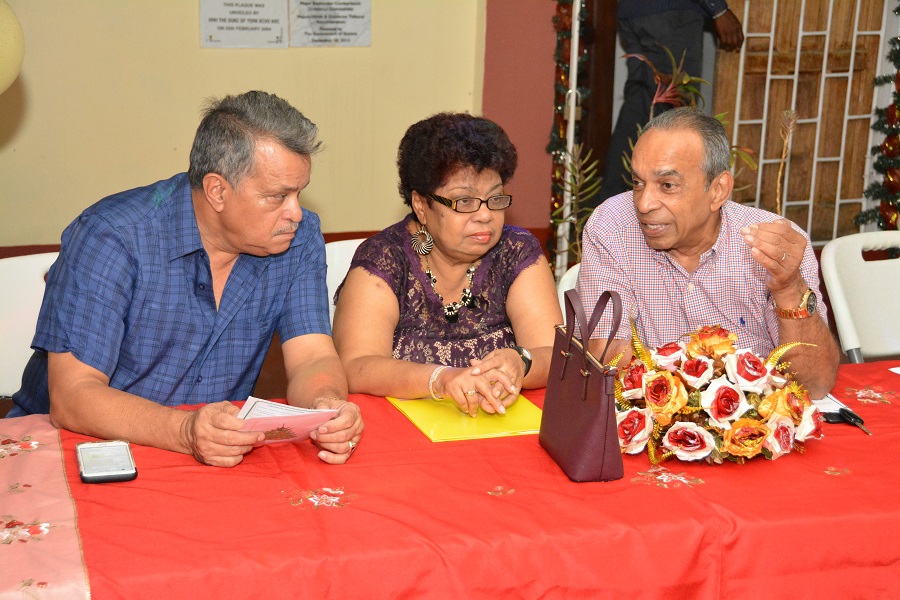 Captain Gerry Gouveia, CEO of Roraima Airways, Minister of Social Cohesion, Ms. Amna Ally, and Chairman of the Salvation Army’s Advisory Board, Mr. Edward Boyer during brief discussions before the start of the programme.

Highlighting the fact that the social ill of drug abuse has plagued society for too long, Minister Ally said that drug addiction is a disease, which requires the collective will of the people to end its scourge across the nation. “Social Cohesion is about embracing all, irrespective of differences and that is why I am here. Because I want you to know you are important and valuable to Guyana and that this Government is committed to the fight against addiction,” Minister Ally said.

Also speaking at the event, Chairman of the Salvation Army’s Advisory Board, Mr. Edward Boyer described the pride he feels knowing the work that the organisation has done over the years. “We will continue at the Board level to give all the support to the rehab centre in whatever programs they embark upon,” Mr. Boyer said.

Reiterating Minister Ally’s point on the need for recovering addicts to speak out against drug use, Captain Gerry Gouveia, Chief Executive Officer of Roraima Airways, who delivered greetings at the event, said that those who have benefitted from the programme can also provide critical support for the Salvation Army’s work. “You should let people know, because in letting people know, people learn to, first of all, understand the value of what happens here and second it might help other people to make better decisions… It is important that you do not forget this programme and forget this organisation as you move on,” Captain Gouveia said. 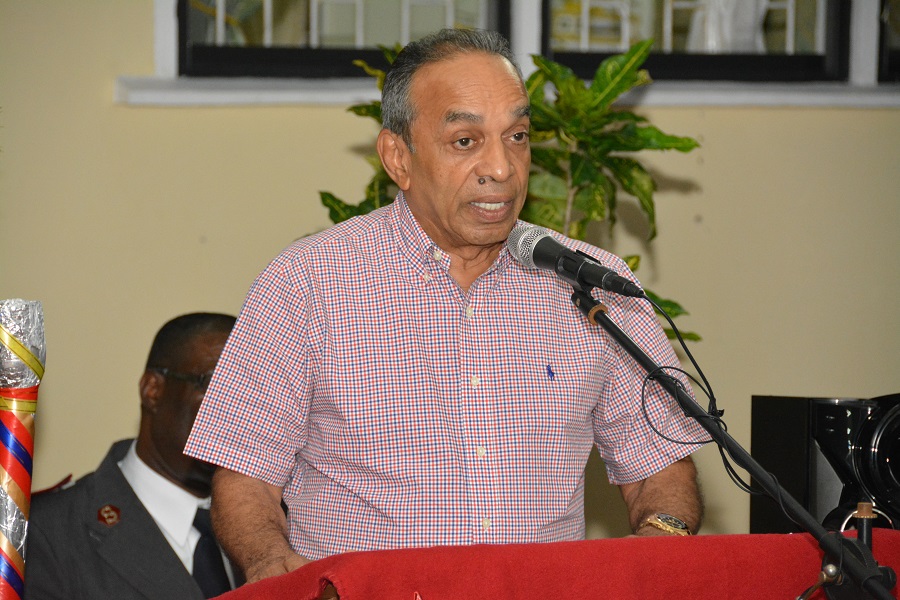 Chairman of the Salvation Army’s Advisory Board, Mr. Edward Boyer speaking to the attendees.

Programme beneficiary, Mr. Parmeswar Persaud, who delivered a testimonial at the event, shared his story of homelessness and addiction. He said that with support from the Salvation Army, he was able to fight his addiction and today he has now been drug free for five years and seven months.

The Salvation Army’s Men Social Centre has been offering the Rehabilitation Programme for over 20 years. Tonight’s event marks the sixth Past and Current Clients’ Reunion Dinner where the accomplishments of recovered and recovering addicts are celebrated.