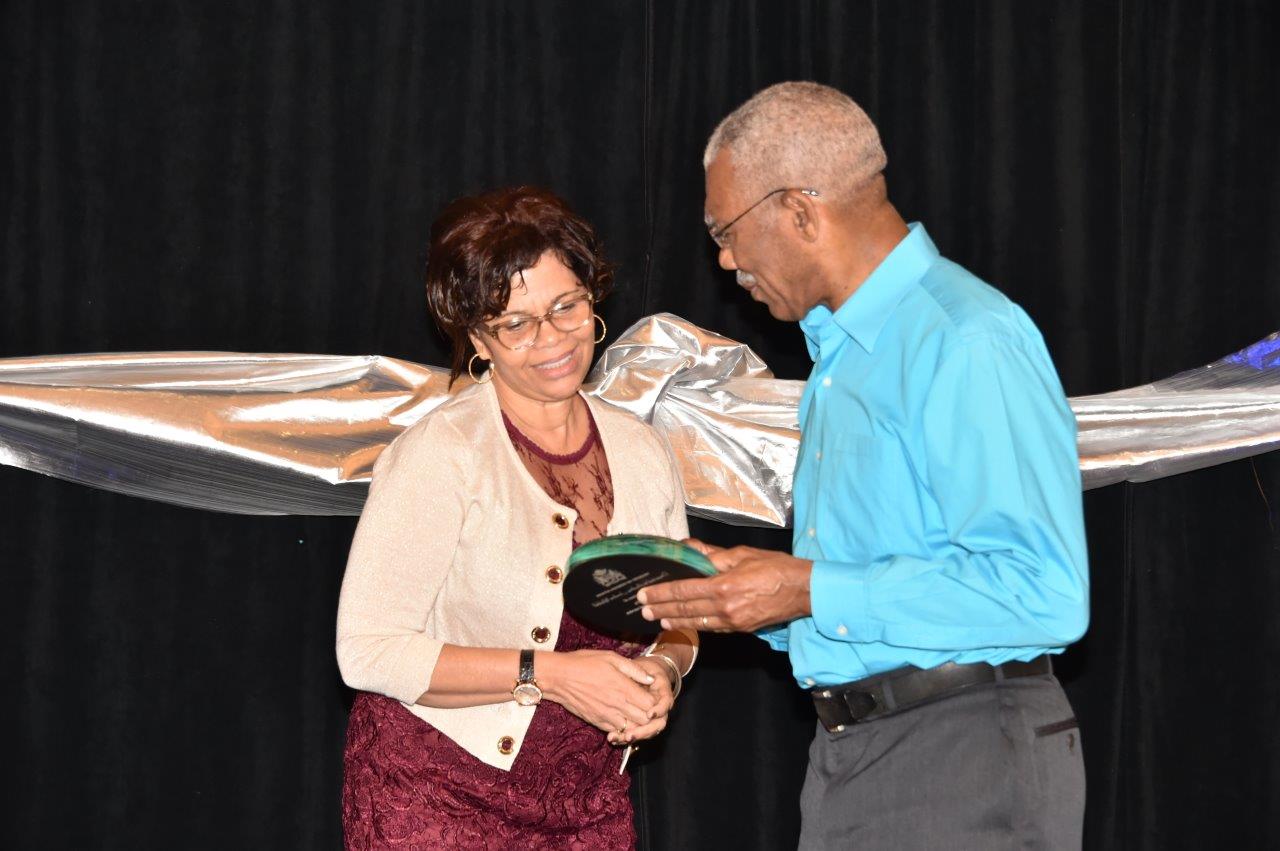 Georgetown, Guyana – (December 22, 2016) President David Granger, this evening, praised the work of the Ministry of Foreign Affairs (MOFA), through its Ambassadors, Foreign Service Officers and other support staff as an “outstanding aspect of Guyana’s public service” and lauded their role in securing a decision by the outgoing United Nation’s Secretary-General, Mr. Ban Ki-moon to send the issue of the Guyana/Venezuela border controversy to the International Court of Justice at the end of 2017 if the Good Offices process continues not to yield results by that time.

Speaking the MOFA’s Annual Dinner and Christmas Party, the President said that this is a moment of relief for all the people, who have been working hard to ensure an end to the claim on Guyana’s territory.

“Last Friday we heard a very important announcement, which is perhaps one of the brightest parts in our 50 year history of Independence that the matter of the territorial controversy will be taken to the court. The Ministry of Foreign Affairs and generations of Foreign Service Officers [and] Ambassadors have worked over the years to have this result. I think it is a moment of joy, not of boasting, but a moment of relief to the people, who have worked so hard and I feel very proud of the Ministry of Foreign Affairs and the Foreign Service Officers,” he said.

The Head of State expressed pride in the work of the Guyanese Missions, High Commissions and Embassies around the world and extended Christmas greetings to the staff. He also handed over an award to Director General, Ambassador Audrey Waddell for her service to the Ministry.

President David Granger handing over an award to Director-General of the Ministry of Foreign Affairs, Ambassador Audrey Waddell for her outstanding service to the Ministry.

Minister of Foreign Affairs, Mr. Carl Greenidge delivered awards to six staff members for long and dedicated service to the Ministry, including Deputy Chief of Protocol, Ms. Marion Herbert, who has served within the Ministry for 27 years, Ms. Bibi Bacchus, a Personnel staff member, who has served for 32 years, from accounts Ms. Hollie Munroe, who has been with the Ministry for 44 years, Mr. Michael Brotherson and Mr. James Lewis from Registry for 27 years of service. Mr. Kerwin Clarke also received a special award for his Gold Medal at the 2016 Central America and Caribbean Body Building and Fitness Championship.

Remarks by His Excellency Brigadier David Granger at the commissioning ceremony for the David G II at Mackenzie, Linden 23rd January, 2016