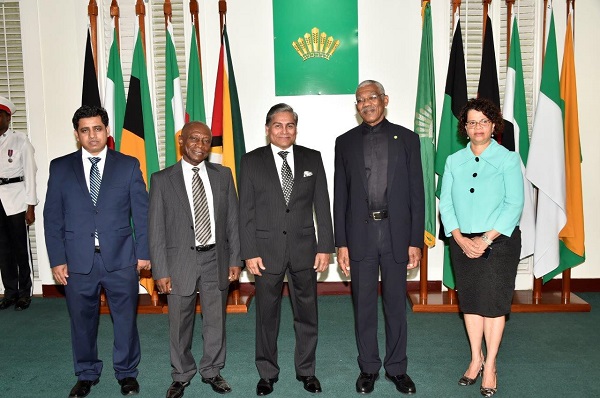 Georgetown, Guyana – (December 14, 2016) President David Granger, today, called for the cordial relations between Guyana and the People’s Republic of Bangladesh to be significantly enhanced, particularly in the area of climate change, as the country’s High Commissioner to Guyana, Mr. Mohammad Ziauddin presented his Letters of Credence at State House.

During brief remarks, President Granger stated that Guyana and Bangladesh have shared cordial relations since the two countries established diplomatic ties on March 24, 1972. “We share many common positions on international affairs. We share a common commitment to the principles and objectives of the United Nations, the Non-Aligned Movement and the Commonwealth,” the President said.

His Excellency Mohammad Ziauddin, High Commissioner of the People’s Republic of Bangladesh to Guyana, stands at attention during a ceremonial flag raising at the State House, before presenting his Letters of Credence to President David Granger

The Head of State said that given that the two countries are highly vulnerable to the adverse effects of climate change, this is an area in which they should pursue cooperation at both bilateral and multilateral levels. As such, the President said that Guyana looks forward to learning more about the steps that Bangladesh is taking to combat the threats posed by climate change. “Guyana and Bangladesh, together, can continue to agitate for increased and more rapid climate financing for small-island developing and low lying coastal states,” he said.

The High Commissioner, during his remarks said that he highly anticipated meeting with the President and that his excitement stemmed from having absorbed information about Guyana’s history and observing the beauty of the country and its warm and friendly people. He said that the Government of Bangladesh believes that in today’s globalised world, relations should be strengthened with “friends on distant shores”, adding that his country now sees it important to reach out to countries in Central and South America to build the bridges of friendship. 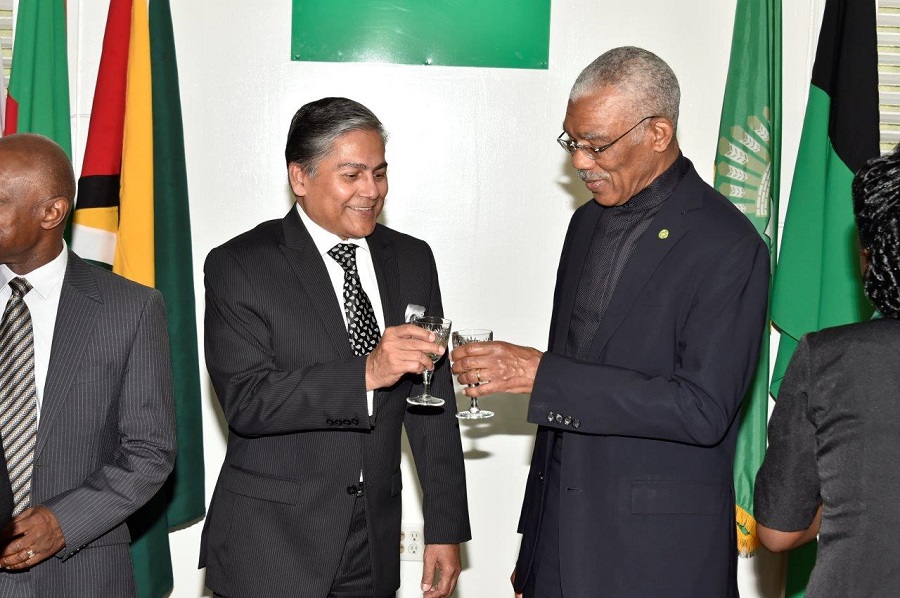 “It is now time to explore the untapped potentials of our two countries for further development of our peoples. My primary objective would be to strengthen cooperation and the overall relationship between our two countries… I shall remain committed to taking the bilateral relations between the two friendly countries to a new height. I will do my best to bring our two countries closer… I know that with your blessings that our venture will be successful,” he said.