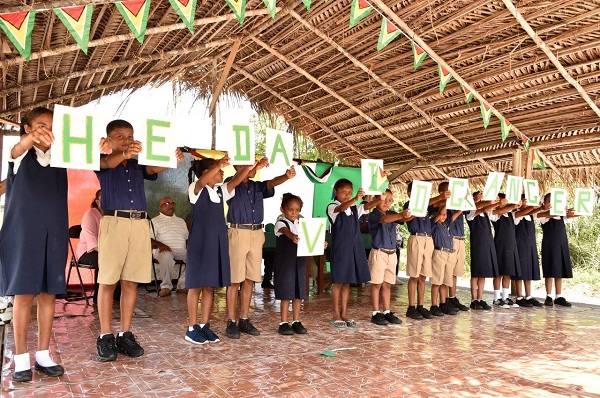 The Head of State explained that his visit is in response to an invitation he received from members of the community, who he met with at his Office a few months ago. Speaking to those gathered, the President reminded that Christ came into the world as a child under the most humble conditions and as such, since the start of the holiday season, he has been going to various communities around the country to ensure that children are celebrated and are assured of his Administration’s love and commitment to their well-being. He also reminded parents of the importance of keeping their children in school.

“Why do we put so much emphasis on education? Because we believe that education is the gateway to equality. Once you are educated you can become anything you aspire to be, but if drop out of school these things will not be possible,” he said.

Residents of the community were also urged to let cooperation and mutual respect for each other guide their actions, not only during this festive season but throughout the New Year as well. “In Guyana there are more things that unite us than divide us, so let us emphasise the things that bring us together and do not pay attention to the things that drive us apart and the closer we come together the stronger Guyana will be,” President Granger said. 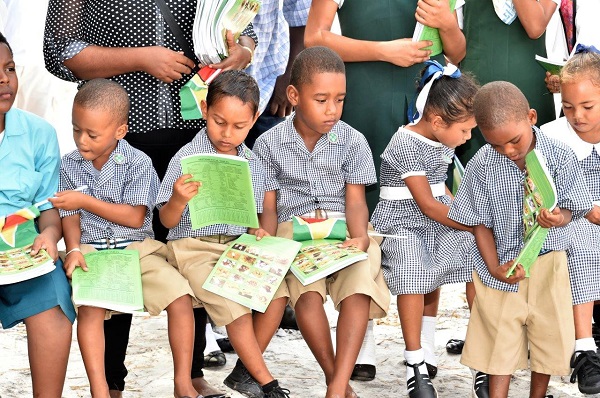 Some nursery school students received exercise books with photographs of some of Guyana’s largest animals on the cover from President David Granger, during his visit to Caria Caria today.

Similar sentiments were expressed by Minister Ally whose Ministry has been during force behind this annual exercise. “I want to assure you that our Government will give you the people of Caria Caria, the good life that our President has promised all Guyanese,” she said.

President Granger also handed over two laptop computers to the Head Teacher of the Caria Caria Primary School, Ms. Vernie Russell, for instructional and administrative use at the school.

Minister Norton took the opportunity to wish the residents well for the holiday season and informed them of provisions in the 2017 national budget for the Caria Caria Health Centre and to address the community’s access to potable water. Regional Executive Officer for Region Three, Mr. Denis Jaikaran and APNU+AFC Coalition Parliamentarian, Mr. John Adams were also present at the event.