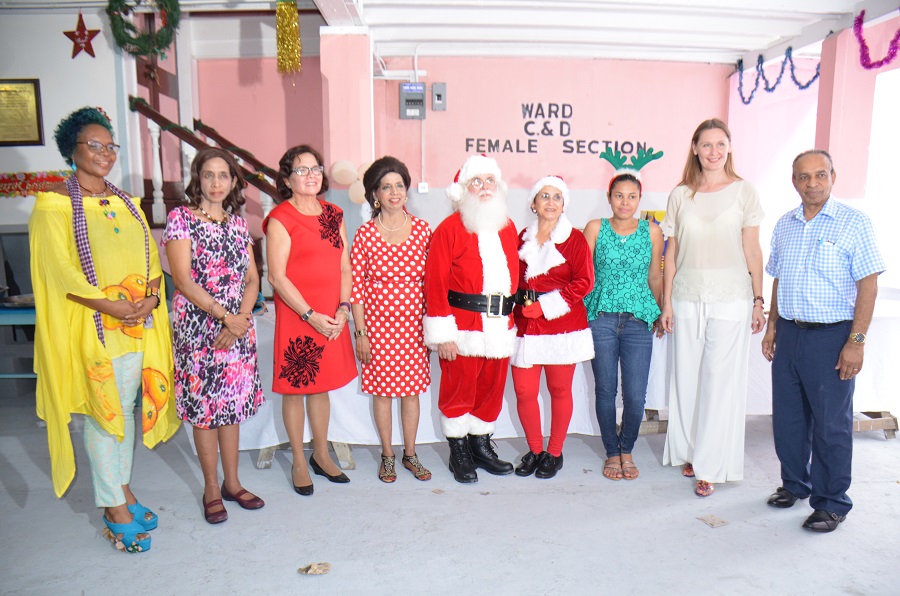 Georgetown, Guyana – (December 8, 2016) First Lady, Mrs. Sandra Granger, today, joined with Kella and Pamela Ramsaroop, donors and well-wishers of the Dharm Shala Home of Benevolence for All Races to help spread cheer at a Christmas party for children of the Albouystown community. The First Lady was warmly welcomed by about 100 children, who had gathered at the Home, which was decorated in festive colours. “I am very happy to be here today and to see all of you anticipating Christmas and food and toys and school holidays,” Mrs. Granger told the children.

Ms. Pamela Ramsaroop, Executive Member of the Board of the Dharm Shala, said every year the Home hosts a Christmas party for the children of the community, in keeping with the tradition started by the founder, her late grandfather, Pandit Ramsaroop Maraj and maintained by her late father, Mr. Harry Saran Ramsaroop.

This year, she said, they are pleased that the First Lady could join in the celebrations since the aim is to ensure that the children have a joyous Christmas and that they delight in all the provisions that have been made for them. “We feel very privileged that she is here today to extend Christmas greetings to [the children]. And I’m sure that [they] are equally pleased to see her,” she said.

First Lady, Mrs. Sandra Granger (third from left) is flanked by Pamela and Kella Ramsaroop at the Dharm Shala’s Christmas party for children. Executive Member of the Board of the Dharm Shala, Mr. Edward Boyer and Mrs. Ruta Drizyte-Videtic, the wife of the European Union Ambassador to Guyana, are pictured first and second from right.

Also present was Mrs. Ruta Drizyte-Videtic, the wife of the European Union Ambassador to Guyana, Mr. Jernej Videtic, who said that she is pleased to be included in the celebrations. “I have to tell you that I am very honoured to be here… Christmas is a very nice time. What does it mean for me? Christmas is not only about shiny things and only gifts. It’s also about…smiles, about giving a hand at the right time,” she said.

Both Ramsaroop sisters spoke highly of Chairman and Chief Executive Officer of National Hardware Group of Companies, Mr. Edward Boyer’s commitment to the Home. Mr. Boyer, who is also an Executive Member of the Board, said while it is nice to be complimented he is impressed by the perseverance demonstrated by the Ramsaroop sisters in keeping the Home functioning.

“These two ladies here are remarkable in their own right. I had the pleasure of serving on the Board with their Dad and looking from that transition to this transition. I tell you, it’s like working with the same… thinking, the same objectives… they don’t tell you everything but the funding of the Dharm Shala is from private people,” he said.

The children, who were invited to the party, squealed with delight when Santa Claus and Mrs. Claus showed up to deliver their Christmas presents. The First Lady joined the Ramsaroop sisters, and other helpers to serve food and in share gifts to the gleeful children. The festive spirit of the party was maintained throughout by the lively sounds of Christmas music being played on the steel pan by Ras Camo Williams. 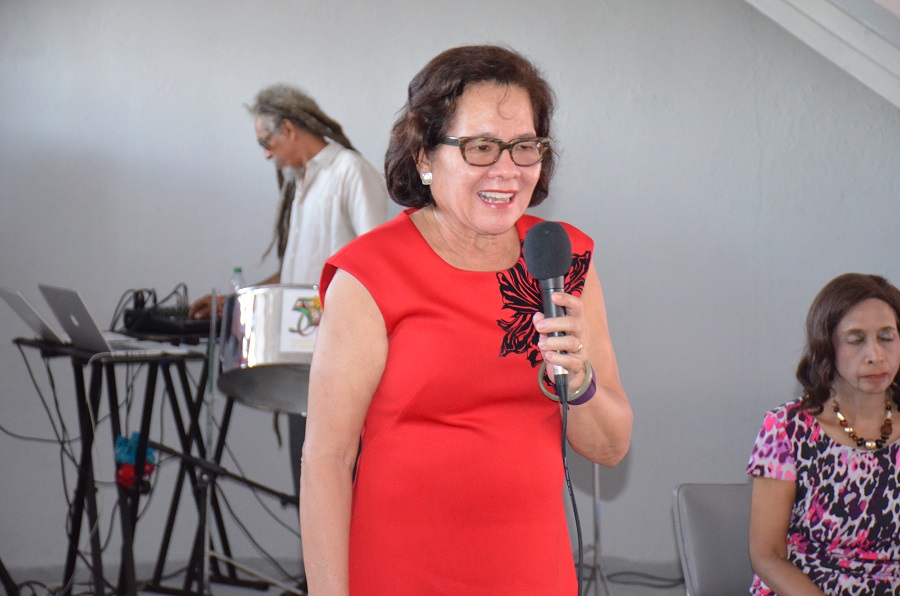