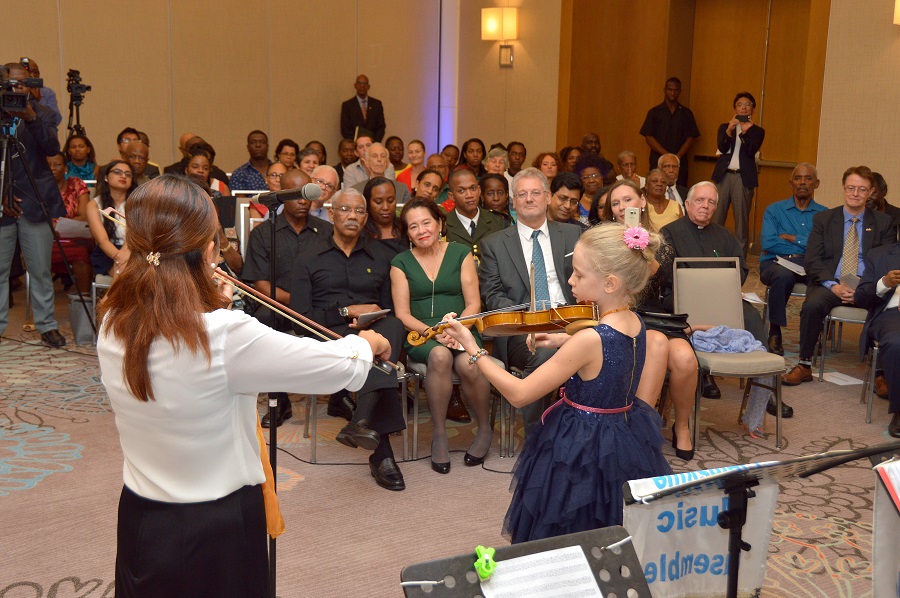 Georgetown, Guyana – (December 6, 2016) President David Granger, this evening, outlined three critical partnership areas for Guyana in support of climate financing in the international fight against the effects of climate change. These are improved coastal zone management, better drainage and water storage and supply systems and more modern hydro-meteorological services to improve weather forecasting. The Head of State made these remarks at concert organised by the European Union (EU) to mark the ratification of the Paris Climate Change Agreement. It was held at the Marriott Hotel in Kingston.

Emphasising the importance of working with the EU and other countries and international organisations, President Granger said that Guyana can develop an international partnership model that the rest of the world could emulate. “The Guyana-European Union partnership has remained relevant, resilient and responsive to the changing threats for over four decades. Guyana is grateful for the support it has received from the European Union and expects further, fruitful cooperation in the future, especially for climate adaptation… Guyana is pursuing a low-carbon, low-emission, green trajectory of economic development. Guyana will become a ‘green state.’ Cooperation with Guyana is a global good,” he said.

The President noted that adaptation is necessary in order to build greater resilience against the effects of climate change. However, this could be extremely costly for a country like Guyana which he said, requires a level of financing that is beyond its slender resources. “Climate financing, in the context of the potential disruption to national development by climate change, must be viewed as an integral element of development financing,” he said.

President spoke of his recent participation at the 22nd Meeting of the Conference of Parties of the United Nations Framework Convention on Climate Change in Marrakesh, Morocco where he called for climate financing for adaptation for Small Island developing states (SIDs) and low-lying coastal states.

“The Caribbean, an archipelago of small island developing states and low-lying coastal states, is threatened by climate-induced threats… Guyana is a victim of climate change. Its low-lying coastland where the majority of its population lives is susceptible to droughts and floods which can have devastating consequences for the country’s agriculture. It is vulnerable, also, to over topping of its river defences and to land erosion and degradation, which can destroy infrastructure and damage arable lands. Guyana, however, is also part of the solution to climate change,” the Head of State explained.

Meanwhile, EU Ambassador to Guyana, Mr. Jernej Videtic informed that the EU has forged a strong alliance with the African Caribbean and Pacific (ACP) States of which Guyana is a member and said that it plans to work with its partners to ensure implementation of the Paris Agreement.

The Ambassador also lauded the Government for its commitment to preserving its forests as a way of providing vital environmental and ecological services to the rest of the world. “We acknowledge and welcome the Guyanese Government’s actions on climate change for example the Low Carbon Development Strategy and the green agenda and of course Guyana’s early ratification of the Paris Agreement,” the Ambassador said.

He noted that the meeting in Marrakesh showed an increasing momentum internationally towards achieving the Nationally Determined Contributions (NDCs), as many of the EU’s partners indicated of their commitment to transition to a low carbon economy. “The Marrakesh conference proved once again our strength, when we work together. The European Union has a most ambitious emissions target…Let us see the Paris Agreement and the low carbon transition for what it is, the growth engine for our economies,” the Ambassador said. 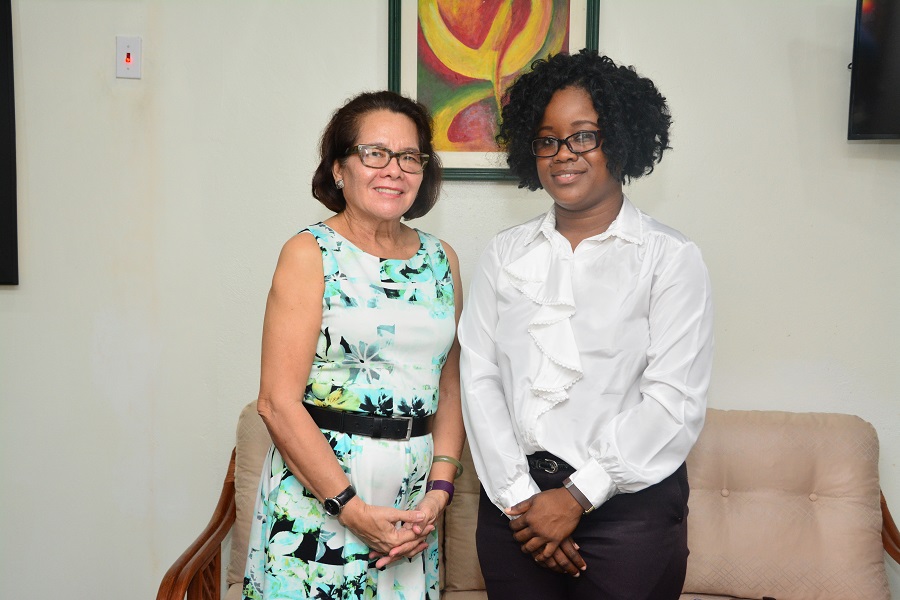 The Clemsville Music Ensemble performing a medley of waltzes

He also spoke of the EU’s support for its partners in the climate change fight. Last year the Union provided over €18B to help developing countries combat climate change. “This is a significant increase compared to the previous year and it is a clear sign that we are committed to doing our fair to meet the goal of delivering $100M per year by 2020.

France’s Ambassador to Guyana, Mr. Michel Prom said that Caribbean countries, particularly Guyana is at the forefront of the fight against climate change. He noted, however, that a lot more needs to be done to reach the 2020 goals. He informed that France has committed to increasing its yearly funds for the climate from €3B to €5B in 2020.

The Paris Agreement was adopted on December 12, 2015 at the twenty-first session of the Conference of the Parties to the United Nations Framework Convention on Climate Change held in Paris and was signed on April 22, 2016 in New York. It provides the framework for accelerating the global transition to a climate resilient, low carbon future. Today, it has been ratified by 115 Parties, representing 79 percent of global emissions.

The formal part of the ceremony was followed by a concert performed by the Clemsville Music Ensemble, a local orchestra that specialises in classical chamber music. Stand up performers were Guyana’s Russel Lancaster, who delivered a stirring rendition of M.A. Cossou’s ‘My Native Land’, Mrs. Katusha Fraser, whose opera styled performance of Georges Bizet’s Habanera from Carmen was a high point of the evening and Mrs. Chie Clarke on the violin with J.E.F. Massenet’s Mediation de Thais.

Diplomatic Corps donates US$1,000 each to ‘Five Bs’ and Shoes that Grow programmes