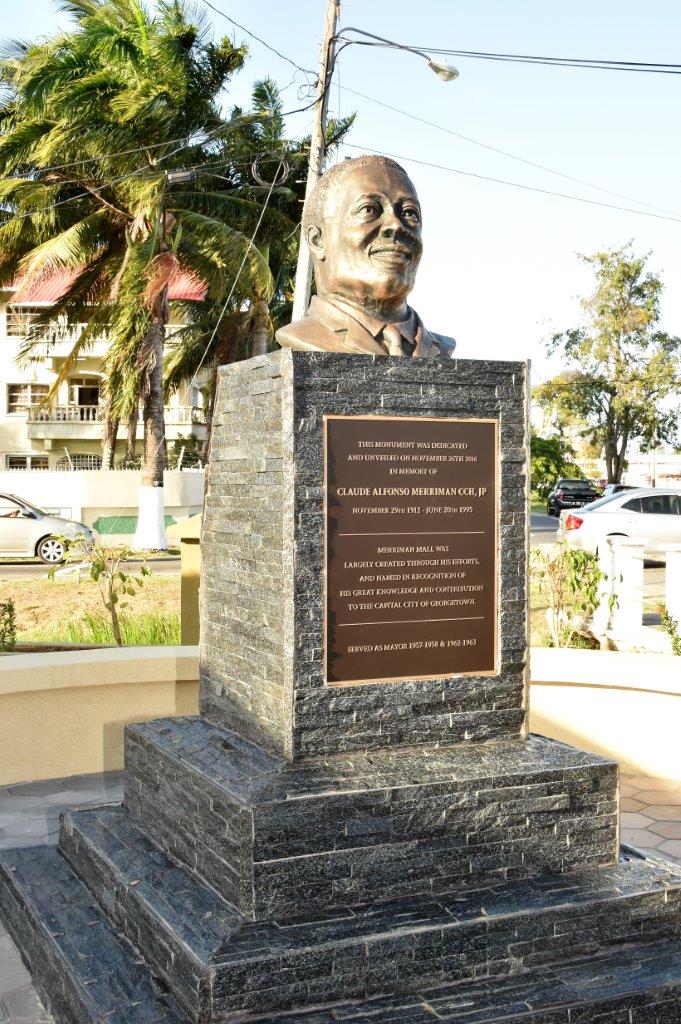 Georgetown, Guyana – (November 26, 2016) President David Granger, this afternoon, joined with the family of the late Claude Alphonso Merriman C.C.H. J.P to unveil a bust at the Merriman’s Mall, Vlissengen Road. Mr. Merriman was born on November 29, 1912 at Werk-en-Rust Georgetown and died in 1995. The bust was sculpted by Mr. Ivor Thom.

The President commended the family for the initiative and spoke of the importance of remembering the sterling contributions made by generations of Guyanese that towards nation building. “We are unveiling a bust of this man so that the present and future generations will remember him, remember not only this mall that is named Merriman’s Mall but also remember the times in which he lived and the objectives he set himself in public life,” President Granger said.

He spoke of the conditions in Guyana in the early 1900s when housing and sanitation were major problems and when people could not afford a ‘decent meal’ because of poor wages and salaries. He said that it is for these reasons that Mr. Merriman, who was a member of the People’s National Congress (PNC), committed to working in service of Guyanese.

“This is why our Party paid so much attention in the mid-1960s to humanising the lives and the circumstances under which poor people lived… Claude Merriman did live in a City with tarmac roads, lights and good housing and this is what propelled him to give people a better life. This is what propelled the Party, which he joined 59 years ago; the PNC, to improve the quality of life not only of the citizens of Georgetown but also [those] places where people live in worse conditions in rural Guyana,” the Head of State said. 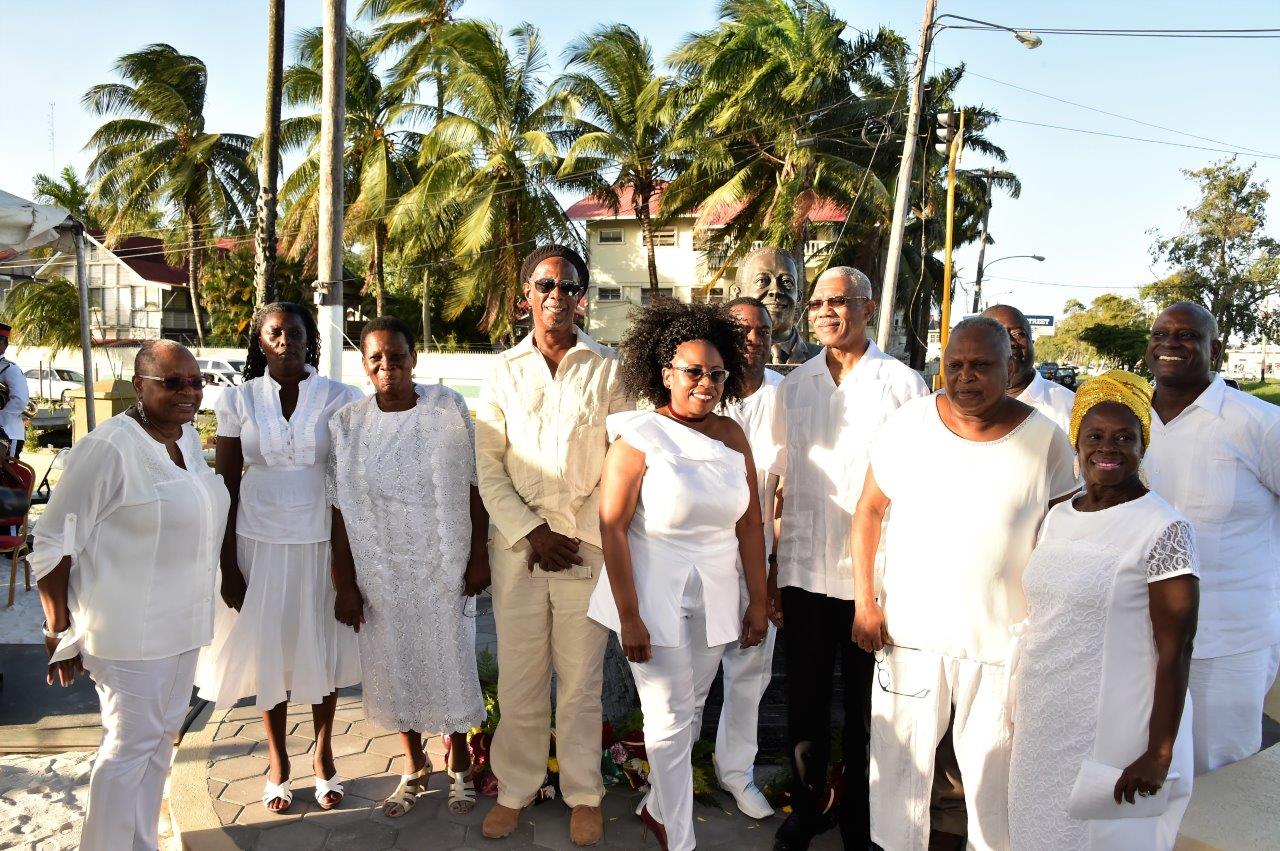 Similar sentiments were expressed by former Mayor of Georgetown, Mr. Hamilton Green, who said that it does not bode well for a nation’s youth to be unacquainted with important historical facts about the struggles of the country’s earliest heroes and heroines. He added that the bust must be seen as just the beginning of a wider campaign to inform and educate the citizenry.

Mr. Merriman’s son, Justice Courtney Abel, in his tribute, described his father as a rare breed of public servant, who had an outstanding and dignified career as a community activist and counsellor. He said that his father was responsible for the introduction of major innovations in the offices he held.

Claude Alphonso Merriman was appointed as Minister of Labour and Social Security in 1964. He also served in the capacity as Mayor and Deputy Mayor of Georgetown. He was also a popular mortician and operated the famous Merriman’s Funeral Home.