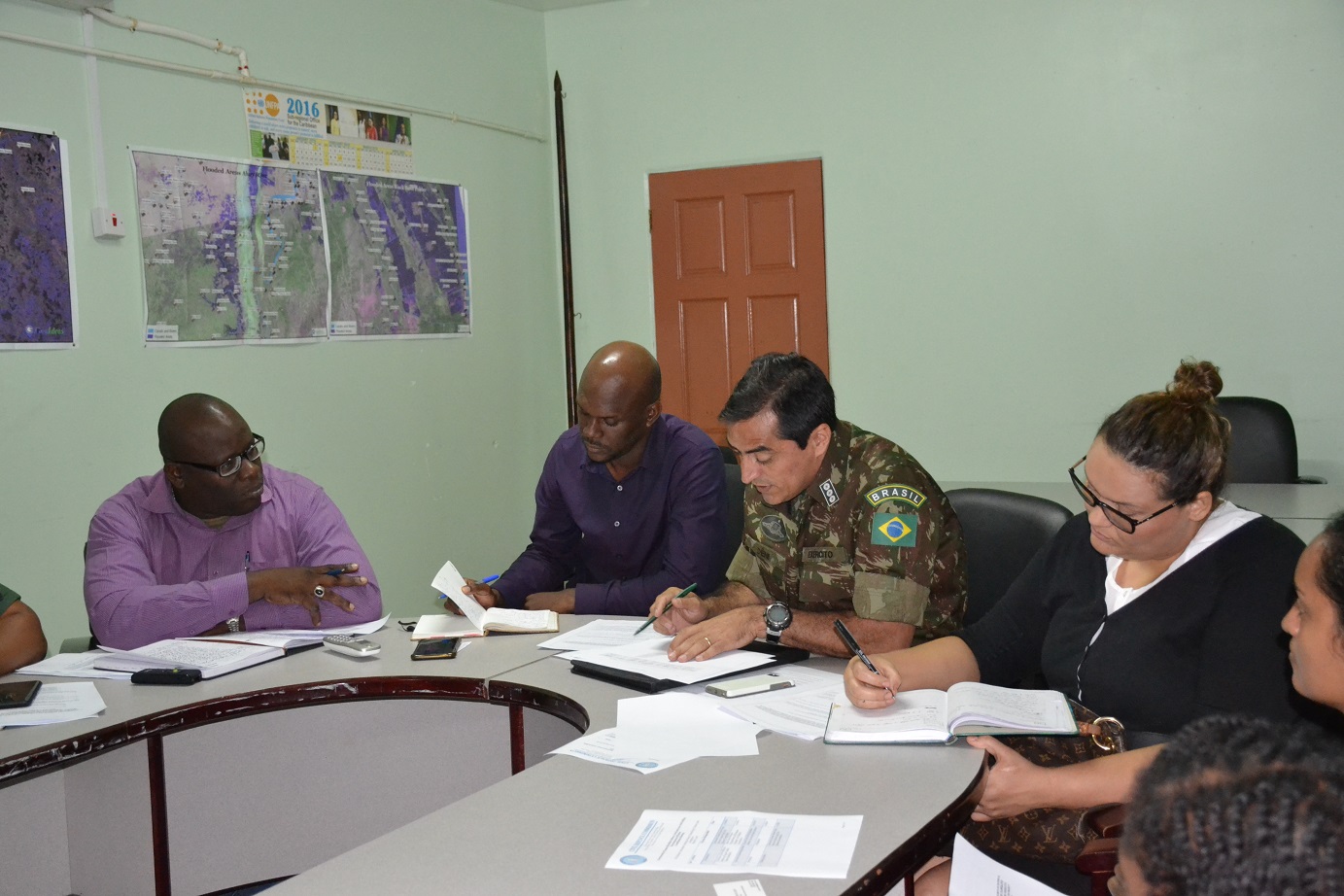 Marrakech, Morocco – (November 17, 2016) President David Granger of the Cooperative Republic of Guyana and Minister of Climate and Environment Vidar Helgesen of the Kingdom of Norway met today on the sidelines of the UN Climate Change Convention in Marrakesh, Morocco, for a very constructive dialogue on the way forward for their forest and climate partnership.

The cornerstones of the Guyana-Norway partnership are to safeguard Guyana’s rainforest, improve forest governance and support Guyana’s holistic green development, including the transition to green and renewable energy.

President Granger used the opportunity to outline a holistic vision for Guyana’s green development. He detailed, as part of this vision, Guyana’s ambitions in the areas of climate mitigation, coastal zone management, conservation, renewable energy, biodiversity management and eco-systems management.

“My administration is committed to the establishment of the ‘green’ state and creating the institutions and the governance structures to ensure that we achieve the Sustainable Development Goals (SDGs) in the shortest possible time. I am pleased that the dialogue with Norway is advancing,“ he said.

The meeting confirmed that Guyana has kept its deforestation rate low since the start of the partnership, is making good progress on agreed forest governance reforms and is pursuing a mix of clean energy solutions.

Minister of Finance, Mr. Winston Jordan along with the Guyana technical team, during the meeting with Mr. Per Pharo, Director of the Government of Norway’s International Climate and Forest Initiative, at the Norwegian Ministry of Environment.

The Minister of Climate and Environment of Norway, Mr. Vidar Helgesen said, “I am very impressed that President Granger’s government has decided to embark on a green economy pathway, including its commitment under the UN Climate Change Convention to eliminate its dependency on fossil fuels and move close to 100 percent renewable energy supply by 2025. We are proud to work with Guyana to realise its green economy vision, maintain its deforestation rates as one of the lowest in the tropics and strengthen forest governance, as well as its commitments to a green energy transition”, says Minister Helgesen.

President Granger and Minister Helgesen agreed to have in place, early in 2017, a work plan for detailing Guyana’s clean energy transition, including a facts-based consideration of the Amaila Falls Hydropower Project and all other possible renewable energy options. The two countries agreed to continue a dialogue on how to develop their partnership in the 2020-2030 period.

Joint statement between Norway and Guyana following a meeting held on November 16, 2016 in Marrakech, Morocco. This statement was first issued by the Ministry of Climate and Environment of the Kingdom of Norway and can be found on their website at the following address: https://www.regjeringen.no/en/aktuelt/press-release-guyana-and-norway-agree-on-how-to-take-partnership-dialogue-forward/id2520691/