President Granger fetes with Essequibo triplets on their birthday 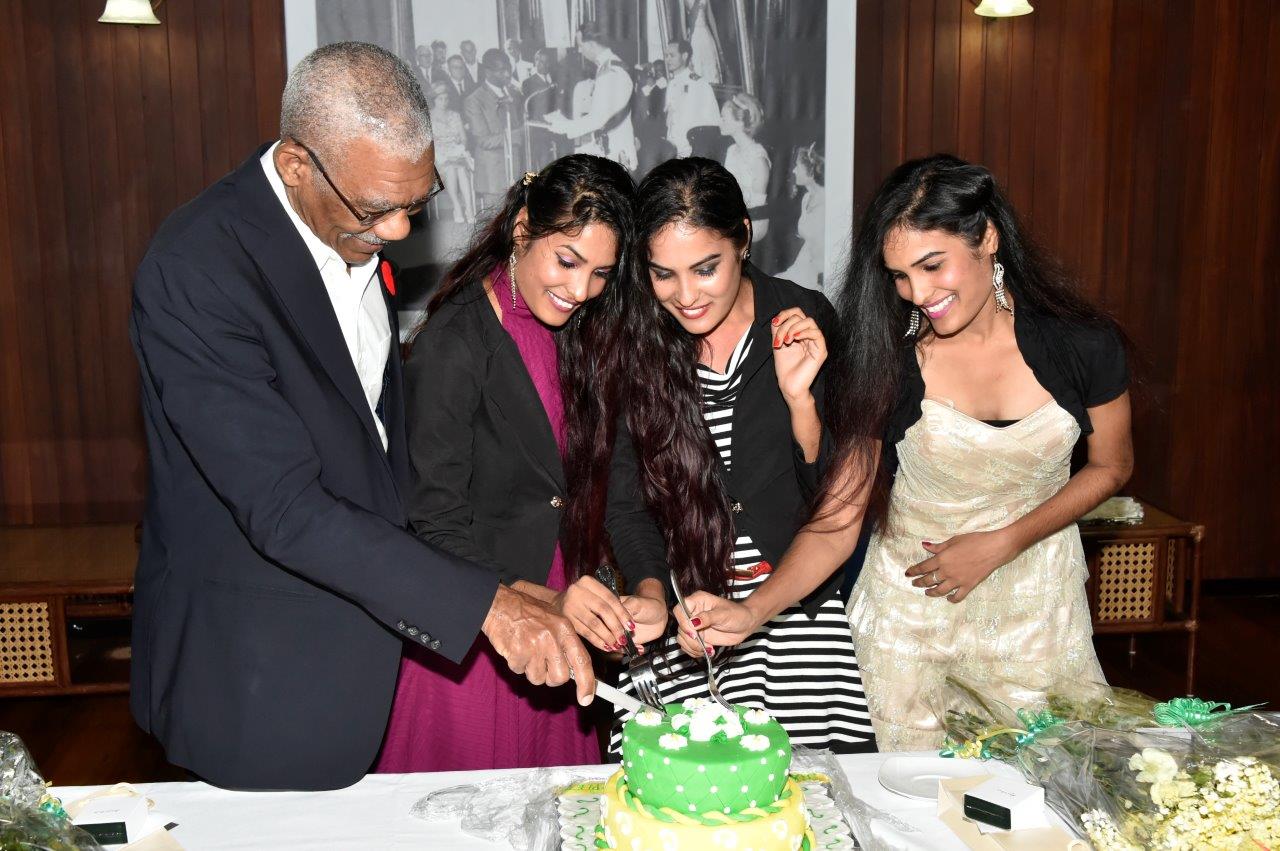 Georgetown, Guyana – (November 2, 2016) President David Granger, today, feted with the ‘Essequibo triplets’ – Ms. Radha, Ms. Rajshri and Ms. Reenica Mansaram on the occasion of their 22nd birthday, at his office at the Ministry of the Presidency.

After presenting them with bouquets and a gift each, President Granger told the young women that it is the young generation such as themselves, which encourages and motivates his Government to create a better country and a better life for the citizens.

“I wish you all a happy birthday and a long life. When I do things in Government, I always think about the people I meet, and you and the Essequibo Coast and all about the country, so you are a part of Government policy even though you may not realise [it],” he said.

The President said that the young women first visited him when he was in Opposition circa 2012 and he has since maintained contact with them. He noted that they have attended every meeting that he has had in Essequibo and its environs.

Ms. Rajshri, who spoke on behalf of her sisters, said that they were grateful for the thought and consideration shown by the President in helping to make their day special.