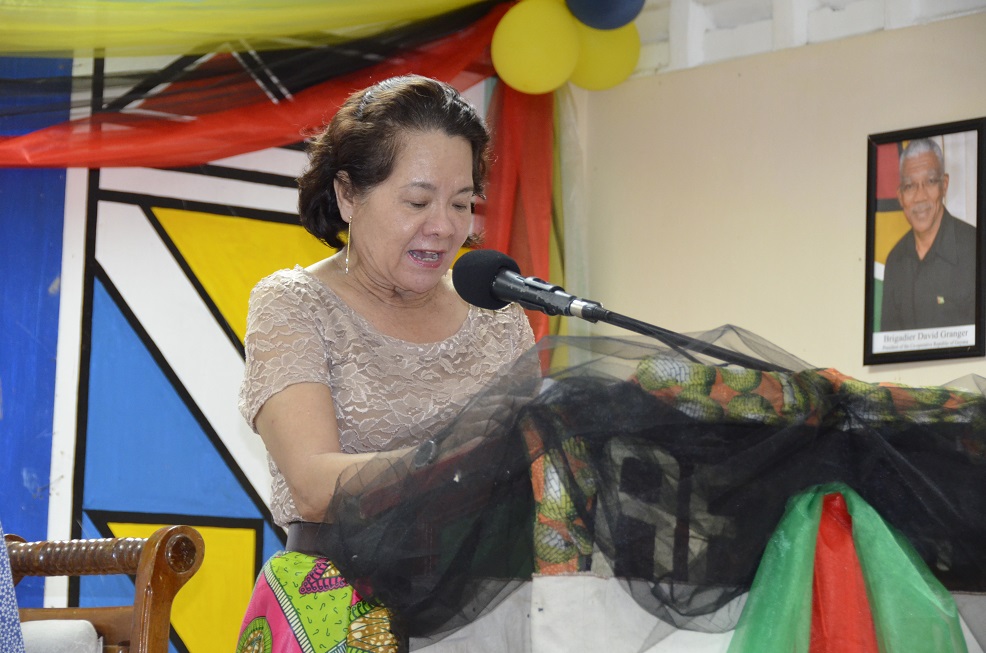 “This place of learning is also a place of pride: pride in one’s roots, pride in the cultural values and norms of our African communities and a Centre which ensures that our children of African descent understand who they are and where they come from. It is also, always, a place of education, in the fullest sense of the word, where children and young people receive not only academic education, but learn about and absorb those values and norms which form the bedrock of a community,” Mrs. Granger said.

The First Lady noted that since it founded COLAACO, ACDA has been able to realise its aim of ensuring that all its students, “irrespective of their religious, ethnic, cultural or social background” are given a high quality education so that each child could fulfil his or her potential.

“ACDA and its education management committee have recognised the vital importance of our country becoming “an education nation”. They have recognised that “an education nation” cannot and will not be developed with a high rate of dropouts from the school system. They know that our children must complete at least their primary education…. They know also that we will not become “an education nation” if many of our children still fail English and Mathematics …. They interpret “no child left behind” to mean that you do not promote a child because he or she finishes a school year, but you ensure that when the child progresses from one grade to a higher one, that child has been taught all that she or he needs to know at that level and is competent to function in the higher grade,” she said.

ACDA and COLAACO are celebrating the accomplishments of its Early Childhood Centre and its 100 students. The Centre will now be offering a Grade Six class and seven of its pupils are expected to write the National Grade Six Assessment next year.

Mr. Vincent Alexander, Technical Advisor to the Minister of Education, under whose patronage the reception and cocktail was held, said that the Sikukuu is one of two fundraisers the group hosts annually to “[mobilise] resources for the continued work of the school”. He noted that this year’s achievements are particularly special as they have occurred in the third year of the [United Nations declared] ‘Decade of People of African Descent’ and fulfils one of the aims of ensuring that quality education is made accessible to communities of people of African descent.

“The ‘Decade’ is being observed under the theme of ‘Recognition, Justice and Development’ [which] is about people of African Descent…. Under the theme of development one of the factors that looms large is education…. In fact, specifically mentioned is “ensure that quality education is accessible and made available in communities where people of African descent live…. I would like to say that this school is response to this area,” Mr. Alexander said. 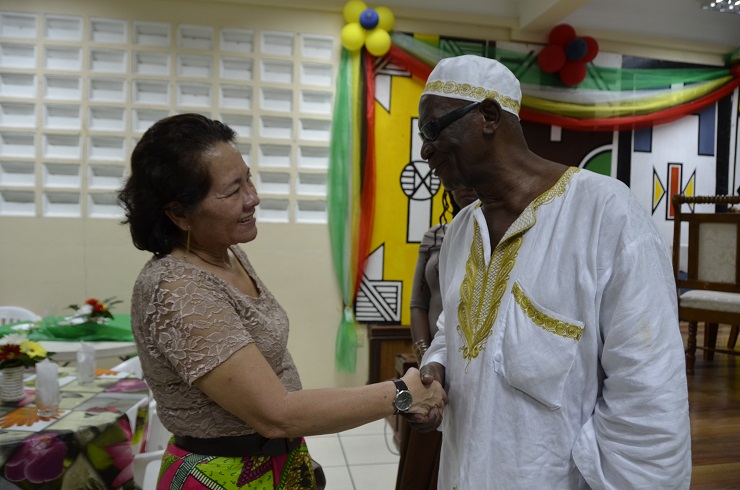 COLAACO is the realisation of the vision of ACDA member Mr. Egerton Cooke to provide quality scholastic and cultural education for children. The Centre was founded 20 years ago with a Post Primary School, but soon evolved to provide an Early Childhood Education Programme, which was conducted at its Hadfield Street, Werk-en-Rust location, ACDA member, Mr. Eric Phillips said. It has since expanded to provide a broader education and cultural curriculum and has been occupying its current location at Thomas Lands for the past 12 years.

The function started off with prayers recited by Pastor Ronald McGarrell, member of the Inter-Religious Organisation. Patrons were also treated to the recitation of two poems by Ms. Tamara Rodney and COLAACO Grade Six pupil Ms. Trovina Ellis presented the First Lady with a token of appreciation – a bust of Egyptian Queen Nefertiti.