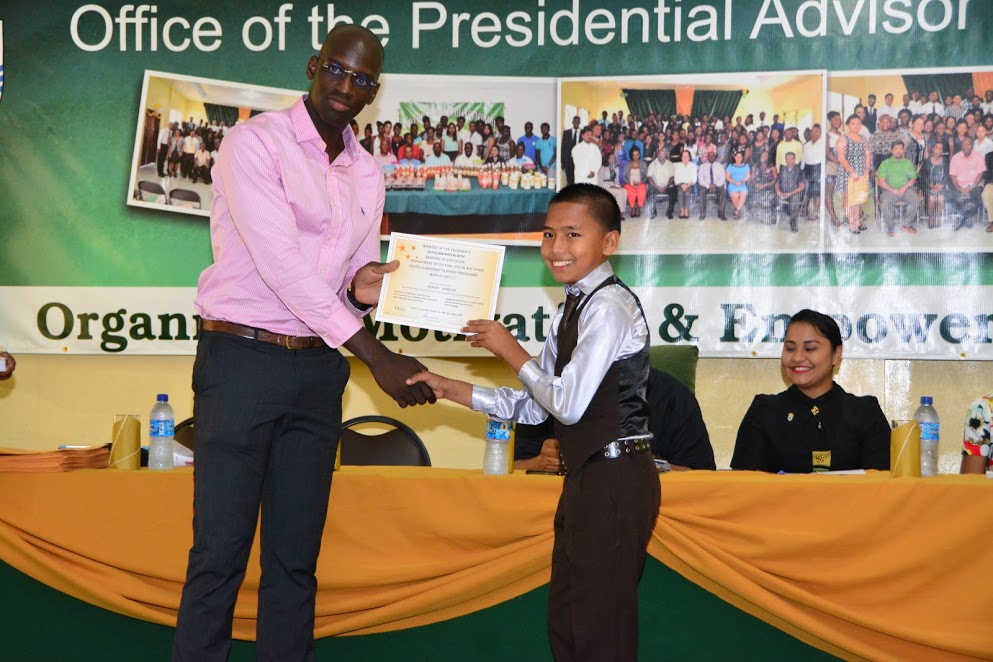 Washington D.C. – (October 21, 2016) Chairman, Chief Executive Officer and Co-founder of Conservation International (CI), Mr. Peter Seligmann described President David Granger as a visionary and steadfast leader and committed the organisation’s support for his ‘green’ agenda, even as the Head of State made the case for ‘green’ economic development and conservation in Guyana, during a panel discussion at the official dinner of the Board of Directors Meeting. President Granger was joined on the panel by President Ian Khama of Botswana at the Decatur House in Washington, D.C.

The Guyanese Head of State declared his commitment, as incoming Chairman of the Caribbean Community (CARICOM) and as leader of a country that sits in the heart of the Guiana Shield, to work to develop and expand regional cooperation for conservation efforts.

He said, “In the Guiana Shield itself we need a build a stronger alliance because the Guiana Shield incorporates part of Colombia, part of Venezuela, all of Guyana and all of Suriname, all of La Guyane and part of Amapá and other parts of northern Brazil. We have to collaborate… It is obligatory, not optional for us to collaborate and… my closest [CARICOM] neighbour is Suriname and we have already engaged in some level of collaboration and I would like to invite the other nations in northern South America to join us in ensuring that that Guiana Shield remains the second ‘garden of eden’.

Mr. Seligmann lauded the President’s position that the future of Guyana depends on the protection of the standing forest and his commitment to work within the Guiana Shield and the Caribbean Community to establish strong regional cooperation in the defence of the environment.

“He has made a commitment of putting 10 percent of his nation into protection; two million hectares and that is just the first step and he has come here to meet with CI, to meet with you to learn how we operate and what is it that we can do to support his visionary efforts as he looks at how you engage and involve Indigenous people, how you transform oil and gas revenues into forest conservation and how you actually create a strong economy that is balanced with the protection of nature. This is the type of leadership that the world needs,” he said.

Guyana is focused on the development of protected areas, wildlife management, coastal zone protection, as well as, the development of renewable sources of energy, even as the country’s value to the world as a new carbon sink in the reduction of climate change is emphasised, the President said. However, he also indicated that education of Guyanese is important in ensuring that people understand the value of their natural resources in an economy with historical reliance on the extractive sectors. “There are challenges largely because of ignorance and we need to educate our children about the potential or possibility of making better use of our environment,” he said.

Speaking on the value of agreements like the Guyana REDD+ Investment Fund and Norway Partnership, the President indicated that it is a model that can be replicated through similar agreements with other states since countries like Guyana are providing a service to the world. 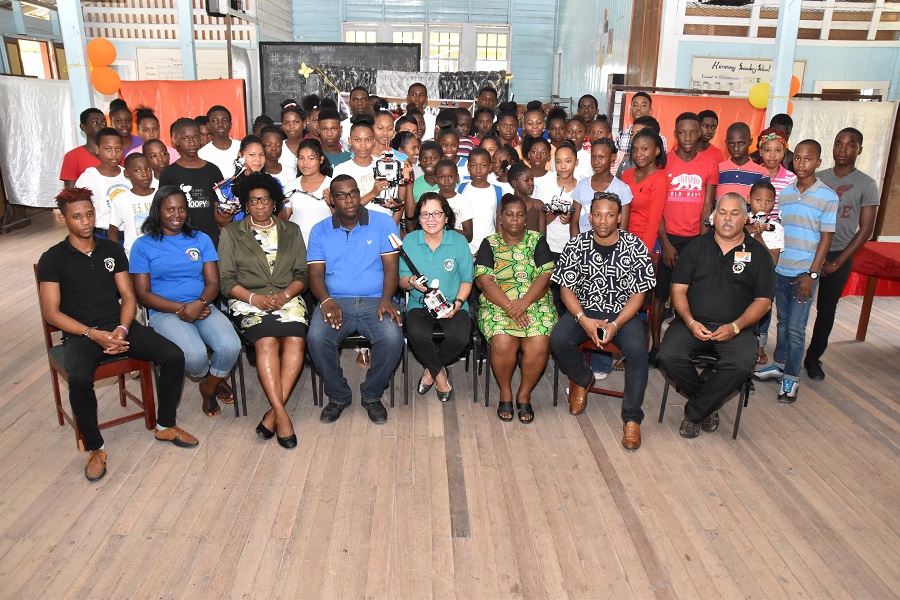 He said, “By protecting our forests we are making a contribution to the world and we are very happy to have such an agreement… It is good model and we would like to renew that model… and embark on similar agreements with other industrialised countries because we are providing a global asset, a global facility by absorbing so much carbon dioxide.” The President added, though, that he looks forward to an renewal of that agreement that allows for the development of renewable energy options, beyond the current options for hydro-electricity.

Mr. Seligmann declared CI’s commitment to supporting President Granger’s vision. “It is extraordinary leadership and really, really timely. We have seen so many of the forest areas on this planet disappear and your leadership and engagement and stimulus to others is really important and I just want to say for everybody in this room and everybody at CI, we are totally committed to helping you,” he said. 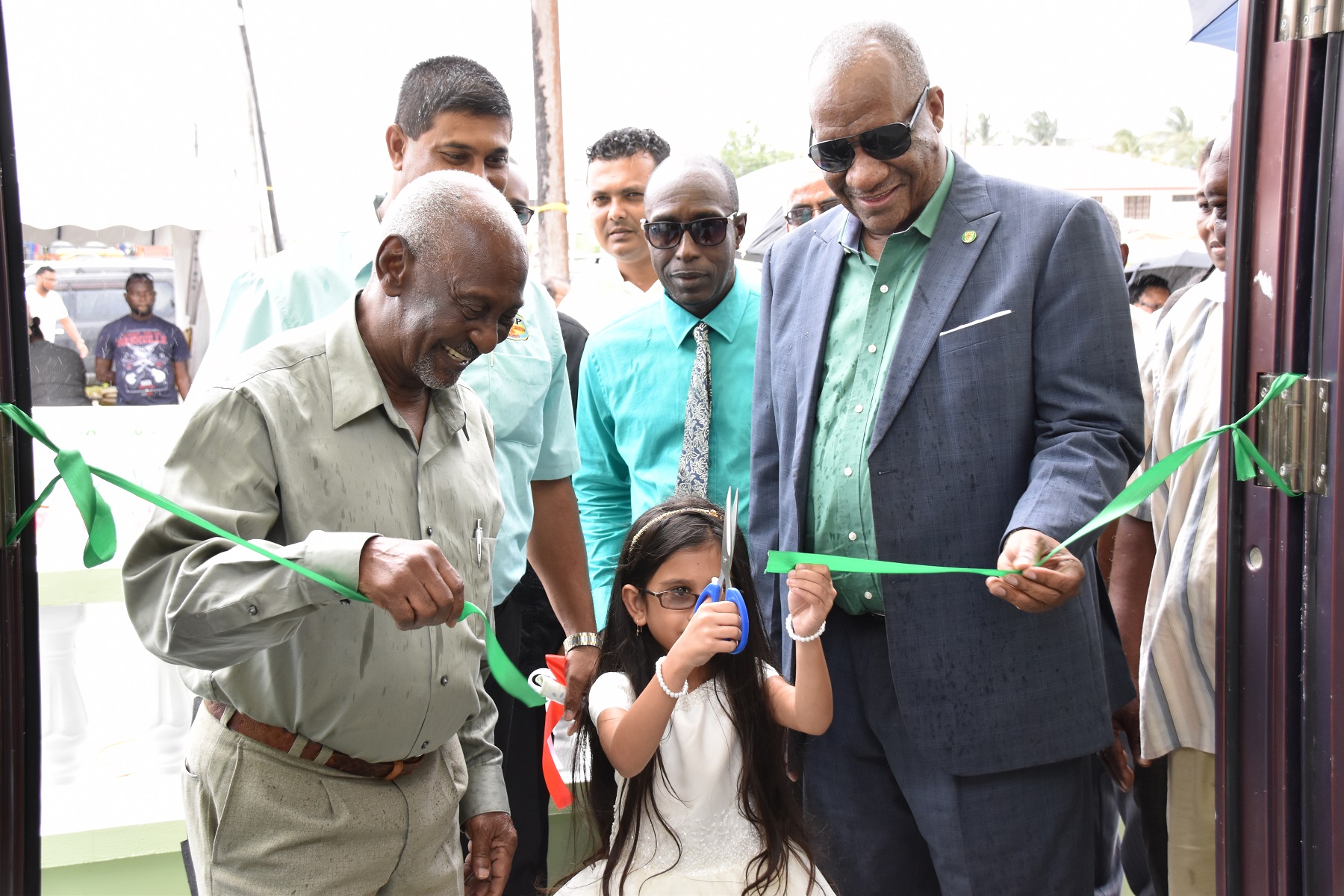 Earlier in the day, President Granger had met with the Botswanan Head of State, President Khama, and in an invited comment following that meeting, he said that while the two countries are different geographically, there opportunities to learn from regional cooperation leadership. “[President Kama] has been a leader in pioneering inter State cooperation for environmental protection and he has brought together several African states. There’s the Gaborone Declaration for Sustainable Development in Africa, where several states cooperate to preserve their environment and Guyana too, as a part of the Guiana Shield, is working with Suriname, French Guiana and the other states of the Guiana Shield; Brazil and Venezuela to do the same thing. So we are heading in the same direction and I believe that we have lessons to learn,” he said.

President Granger has expressed gratitude for the work CI has been doing in Guyana for more than 14 years, noting that a lot of the environmental protection education that has already occurred in Indigenous communities in Guyana has been through the organisations work. He said, “Conservation International has been a very important partner. It is a very powerful non-governmental organisation. It has done work in Guyana; a lot of work has been done in the protected areas in the hinterland particularly in the Rupununi, and we have a lot to learn from their experiences and I believe we have a lot to benefit from their participation in future environmental projects.”

Guyana’s Head of State deliver an address to the members of the Board today. Also in attendance at the meeting are former President Olafur Ragnar Grimsson of Iceland and former President Anote Tong of Kiribati.