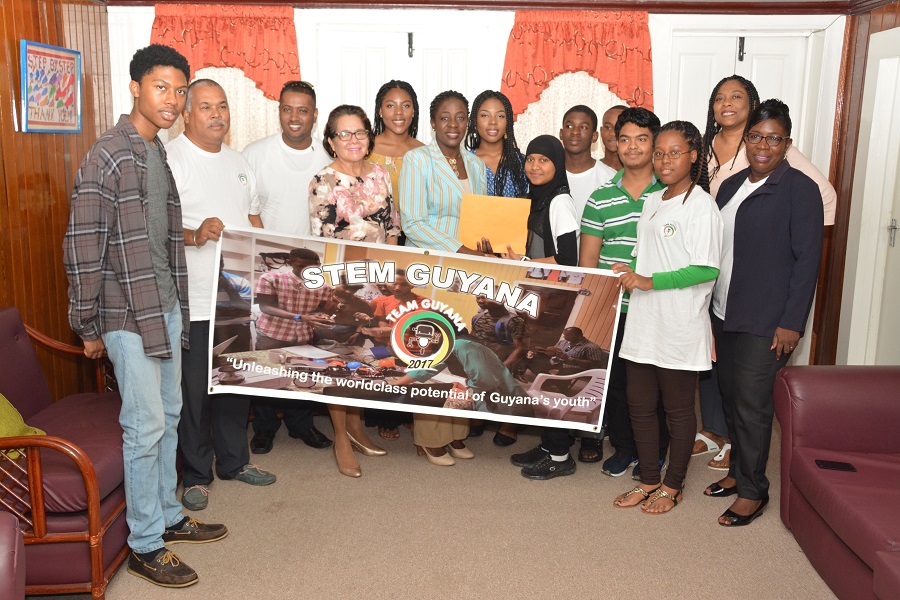 Georgetown, Guyana – (October 21, 2016) Minister of State and National Disasters Management Coordinator, Mr. Joseph Harmon, today, invited members of the Guyanese public to donate to the relief efforts for the hurricane-ravaged island of Haiti, even as he announced that the Civil Defence Commission (CDC) will be moving to open several bank accounts at Republic Bank Limited to receive donations.

Minister Harmon, who was at the time addressing the participants of a recently concluded Mass Casualty Management Systems Workshop held by the CDC in collaboration with the World Health Organisation/ Pan American Health Organisation (WHO/PAHO), said that that nation needs help now more than ever.

The Minister noted that Haiti has suffered tragic losses and urged Guyanese to come together to show solidarity by contributing to the rebuilding efforts. At this time, with many of the locations still cut off and inaccessible to the Haitian authorities, monetary relief, he said, is most appropriate.

“It is part of our responsibility as a CARICOM country, as member of the United Nations system to respond in a way that is consistent with our own circumstances, to a country affected in this way as Haiti has been affected. I want to lay out the response that Government has actually put in place already and some additional responses we want to put in place. We have pledged US$50,000 initially, but we would like to have a much stronger response to this situation so we are asking the Guyanese people to rally to the cause of the people of Haiti. The CDC, as part of the disaster management system of the region … is the body responsible for coordinating the country’s response. So I am asking anyone who wants to make a donation to the people of Haiti, to the rebuilding of the nation, [the] CDC is where it needs to be happen,” Minister Harmon said.

He noted that based on information from the Haitian Emergency Operations Centre and the Caribbean Disaster and Emergency Management Agency (CDEMA), monetary donations are preferred since other forms of aid could take weeks and months before it reaches the country. There are no guarantees too that the aid would be able to reach the areas which have been significantly affected in a timely manner, while the specific needs for many of those areas have not yet been identified.

Minister of State, Mr. Joseph Harmon presents the Certificate of Pass to this participant from the Cheddi Jagan International Airport (CJIA).

“In the past we have come to the aid of Haiti, Dominica, Montserrat and several other countries but because of the logistics train, which has to move from Guyana to those countries and then to the areas affected, sometimes the aid [doesn’t] get to the people until months after the disaster would have struck. I am advised that [on] the last occasion there were at least 25 containers that left Guyana for Haiti and it took several months before it got there. So what I am asking is that persons who [wish] to make a contribution, in the initial stages, we are going to ask that these donations be monetary contributions and as the situation is clearer, when CDEMA or the Haitian Operations Centre declare exactly what it is that they want and where, then we can take it to the next step to have other contributions made like water, clothing, food, medical supplies,” he said.

While the bank accounts will be opened on Monday, October 24 at the Republic Bank Limited, there is a 24-hour hotline at the CDC, which persons can call to make donations. The telephone numbers are 226-1114, 226-1117 (extension 228) and 600-7500. “I am asking that we cast our minds on the people of Haiti and to see how blessed and fortunate we are. Stay focused and connected,” Minister Harmon said.

The training aimed to achieve a satisfactory level of knowledge transfer, where the participants were taught the principles of mass casualty management in keeping with the PAHO Mass Casualty System. The participants were required to complete a written examination as well as a practical exercise and achieve the 80 per cent minimum pass rate before they are awarded internationally recognised certificates from the PAHO/WHO.

Director General of the CDC, Colonel (ret’d) Chabilall Ramsarup said that the training stemmed from the weaknesses which were recognised during Guyana’s 50th Independence Anniversary Celebrations, which were held at the D’urban Park. After discussions with the Minister of State, PAHO was contacted and agreed to lend its support in this endeavour.

Dr. William Adu-Krow, PAHO/WHO Representative in Guyana, remarked that while Guyana is a blessed country, systems must be put in place to ensure that in the event that there are incidents, interventions can be made. “It is imperative that we strengthen its capacity to respond with effective and timely interventions,” he said.

Citizens’ Report article inaccurate -Ministry of the Presidency calls for a retraction, correction