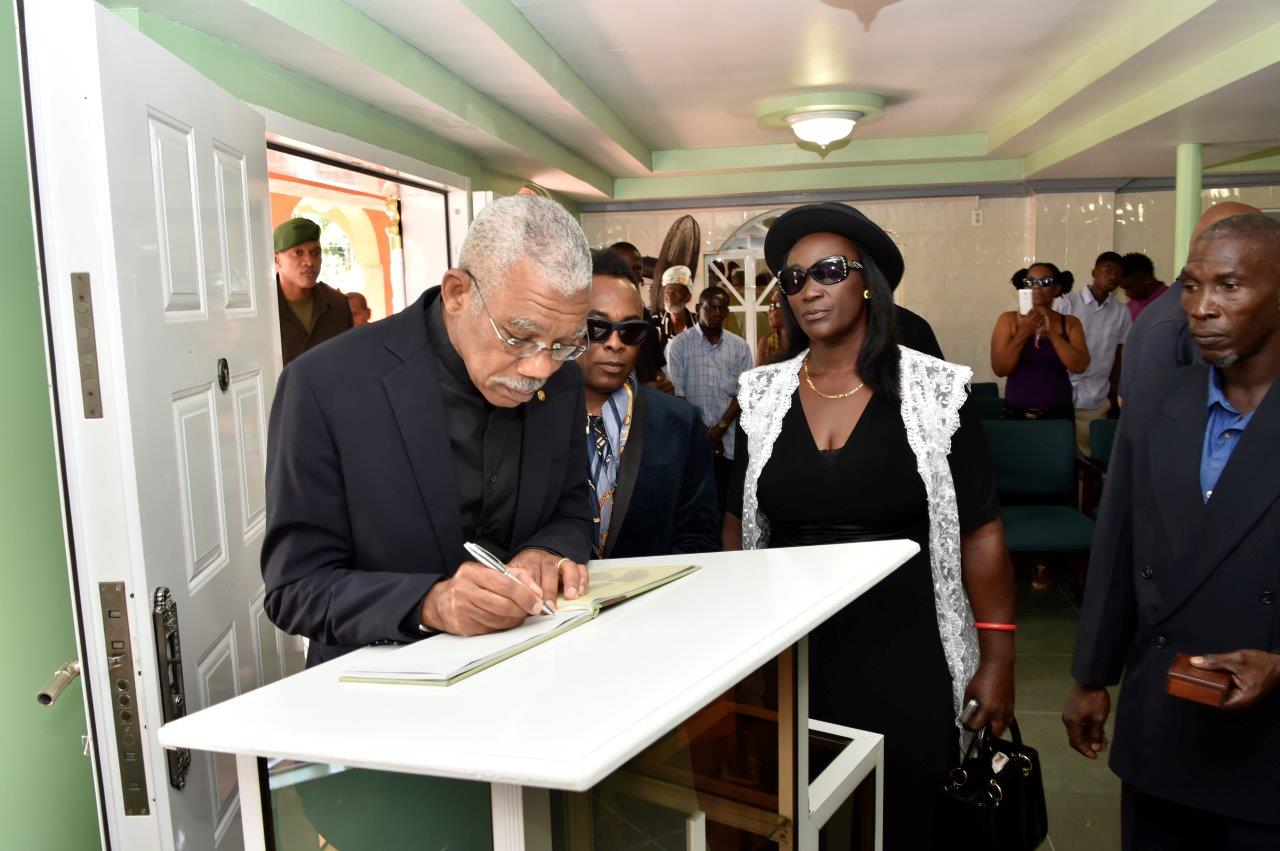 Georgetown, Guyana – (October 19, 2016) President David Granger, this morning, paid his final respects to the late Mr. Malcolm Corrica, who was popularly known by his stage name “Lord Canary” at a viewing ceremony held at the Sandy’s Funeral Home.

The Head of State also extended his condolences to the children of the deceased, Mr. Malcolm Corrica Jr., Mr. Jeffrey Corrica and Ms. Pauline Pierre.

Lord Canary died on October 10 at the Diamond Diagnostic Centre at the age of 79. He had been suffering from hypertension and other illnesses, which resulted in the amputation of his left leg a few years ago.

President David Granger signs the Book of Condolence at the viewing ceremony for the late Mr. Malcolm Corrica, at the Sandy’s Funeral Home.

The calypsonian, who was born on March 21, 1937 on the East Bank Demerara, was a member of the People’s National Congress (PNC), a party which he represented in Parliament for several years. During his tenure, he served as Parliamentary Secretary, Ministry of Works and Communication, Minister of State in the Ministry of Internal Trade and Consumer Protection, Minster of State for Culture in the Ministry of Education, Social Development and Culture.

Mr. Corrica received the Medal of Service (M.S.) National Award in 1992 for his outstanding contribution in the political arena and in the field of music and entertainment.

GL&SC lease application service to be offered online by 2017