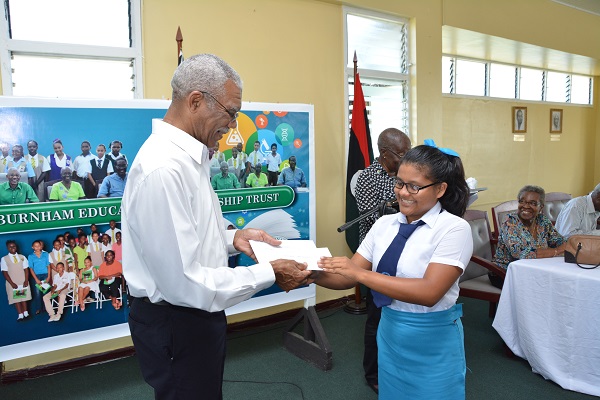 Georgetown, Guyana – (October 14, 2016) President David Granger, this afternoon, joined with his fellow comrades of the People’s National Congress (PNC) and members of the Burnham Education Scholarship Trust (BEST) to hand out bursary awards to twelve students from across the 10 Administrative Regions, who had outstanding results at this year’s National Grade Six Assessment (NGSA) as well as awardees from the four previous batches. The ceremony was held at Congress Place, Sophia.

President David Granger presenting Ms. Jeanelle Fredericks with her bursary award. Ms. Fredericks, who hails from Upper Takutu-Upper Essequibo (Region Nine) is from the 2012 batch of awardees. She is now a fifth form student at the St. Joseph’s High School

The President informed the BEST awardees that in addition to supporting their education throughout their secondary school years, they will also enjoy the benefit of having all expenses for the first year at the University of Guyana covered. “Stay the course, don’t drop out…when you leave secondary school, do not feel that it is the end of your education. As long as you are a member of the BEST family, BEST will look after you. We are going to fulfil a promise that was made long ago by the leader of our Party,” President Granger said.

He explained that this bursary scheme recognises the importance of education to a higher standard of living and a better life and spoke about the high school dropout rate of 4000 students annually and the large number of young students who fail at the NGSA level. “Without good education, you can’t get good jobs. Education is the key to employment, even if you want to be self-employed, you have to embrace education,” he said. 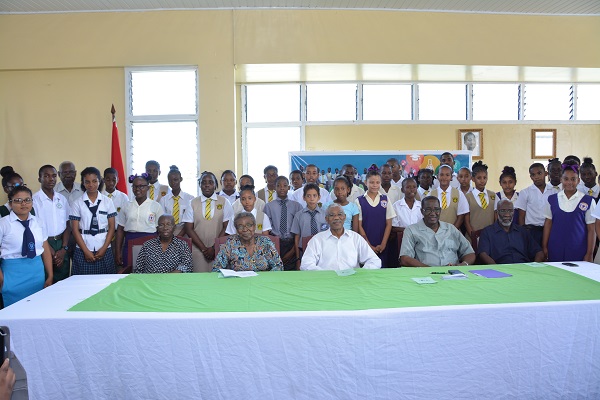 The President also spoke of how education can go far way of creating a more equal society, so that ordinary Guyanese citizens can enjoy the good life that they deserve. “BEST is all about education, employment and most of all, it all about equality, so that you don’t have feel inferior to anybody, because you are educated you can think for yourself,” he said.

Meanwhile, Chairman of BEST, Mr. Alan Munroe said that this initiative was established in October 2012 in memory of the Party’s founder, Linden Forbes Sampson Burnham, who served as the country’s first Minister of Education after the first elections under adult suffrage. 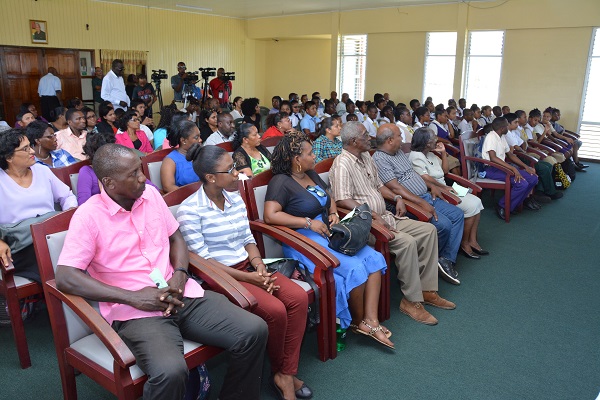 A section of the gathering at Congress Place, Sophia

“The objectives if BEST and its bursary scheme are to demonstrate the Party’s commitment to education, encourage excellence in education and assist young people to serve and develop Guyana,” Mr. Munroe said.

BEST is run by a board of trustees and if financed by voluntary contributions, fundraising and the PNC. It is usually distributed in the form of a $30,000 book voucher annually, but this year the five batches of awardees received an additional $20,000. BEST awardees receive support every school year.

Investigation launched into issuance of fake passports for Dataram, wife