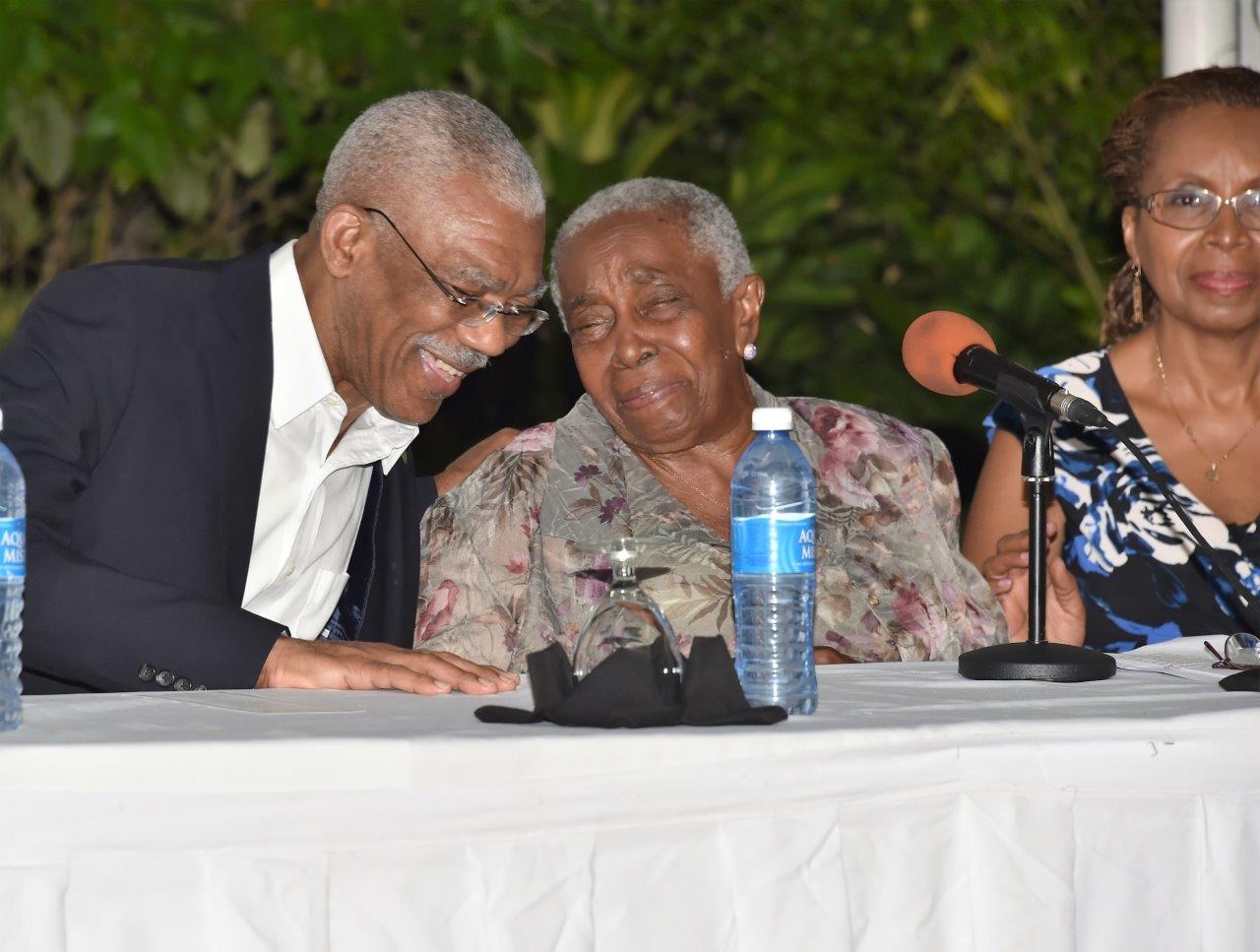 Georgetown, Guyana – (October 5, 2016) President David Granger, this evening, attended the launch of an autobiography of 91-year old Ms. Carmen Jarvis entitled “From Seedtime to Harvest”. The book’s title was adopted from the lyrics of The Bishop’s High School’s song where she was a student and later head teacher. The event was held at the Georgetown Club.

Delivering brief remarks, President Granger shared fond recollections of a young Ms. Jarvis with whom he worked in the 1990s on two publications; the ‘Guyana Historical Journal’ and the ‘History Gazette’. He said that without her support these publications would never have been printed.

President David Granger and Ms. Carmen Jarvis share a light moment at the event at the Georgetown Club

“Ms. Jarvis is what would be described in modern day parlance as an iconic Guyanese. I think when we consider some of the reverses that we have faced we are very grateful for that generation of persons, who were born in the 1920s because they transmitted certain values and standards some of which have been lost…were it not for them Guyana would have been a very different place,” he said.

Meanwhile, Professor Dr. Vibert Cambridge spoke about the Guyana 50th Anniversary Literary Celebration, which was held in May 2016, which sought to encourage the launch of biographies and autobiographies in Guyana much like what was penned by Ms. Jarvis. 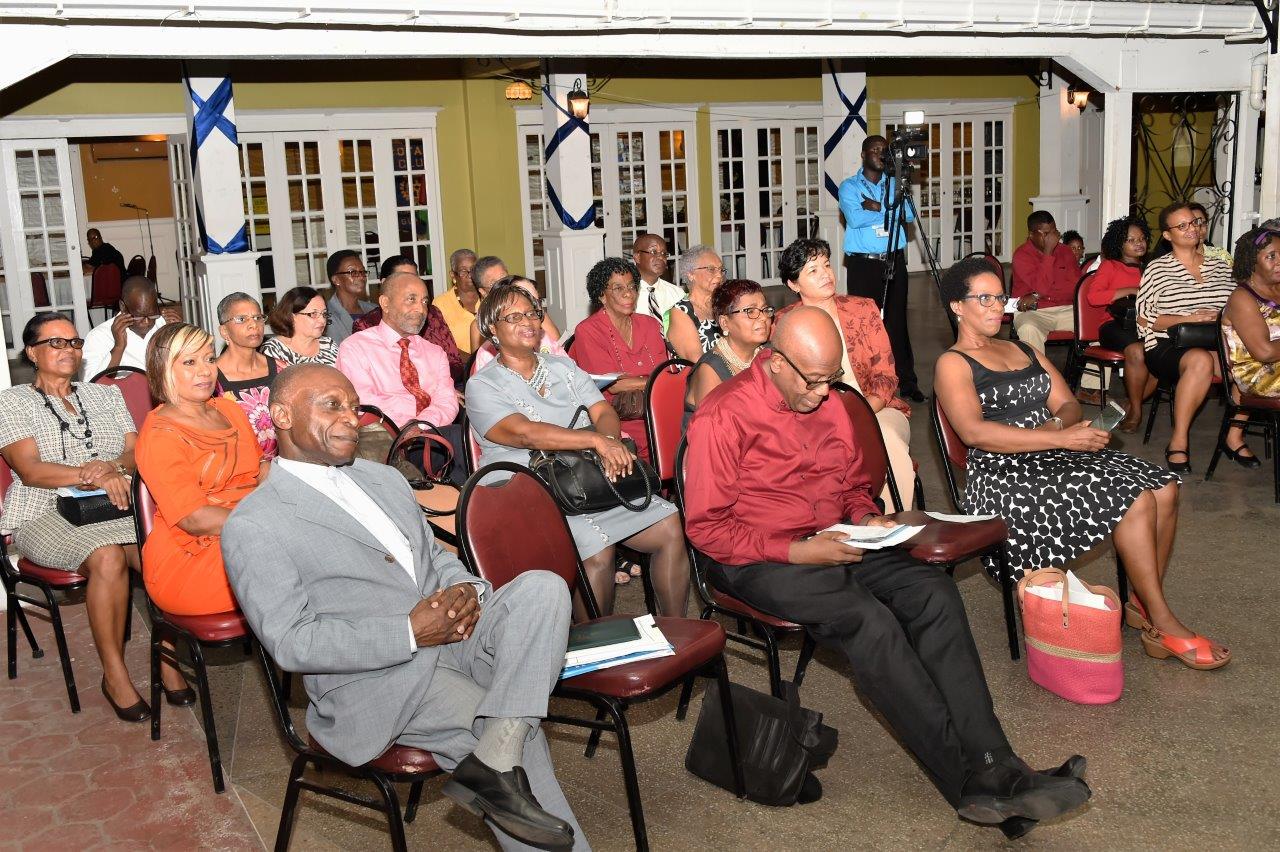 Prime Minister (acting) and Minister of Foreign Affairs, Mr. Carl Greenidge seated in the audience at the launch

Mrs. Jarvis thanked those who contributed to the completion of her book, particularly her daughter, who assisted in the typing and Dr. David Dabydeen with whom she shared a close working relationship for many years and who wrote the preface of her book. She donated copies of the book to the National Library, the Guyana Girls Guide and the University of Guyana.

President promises better services, life for elderly a priority for Government – at observance of International Day for Older Persons