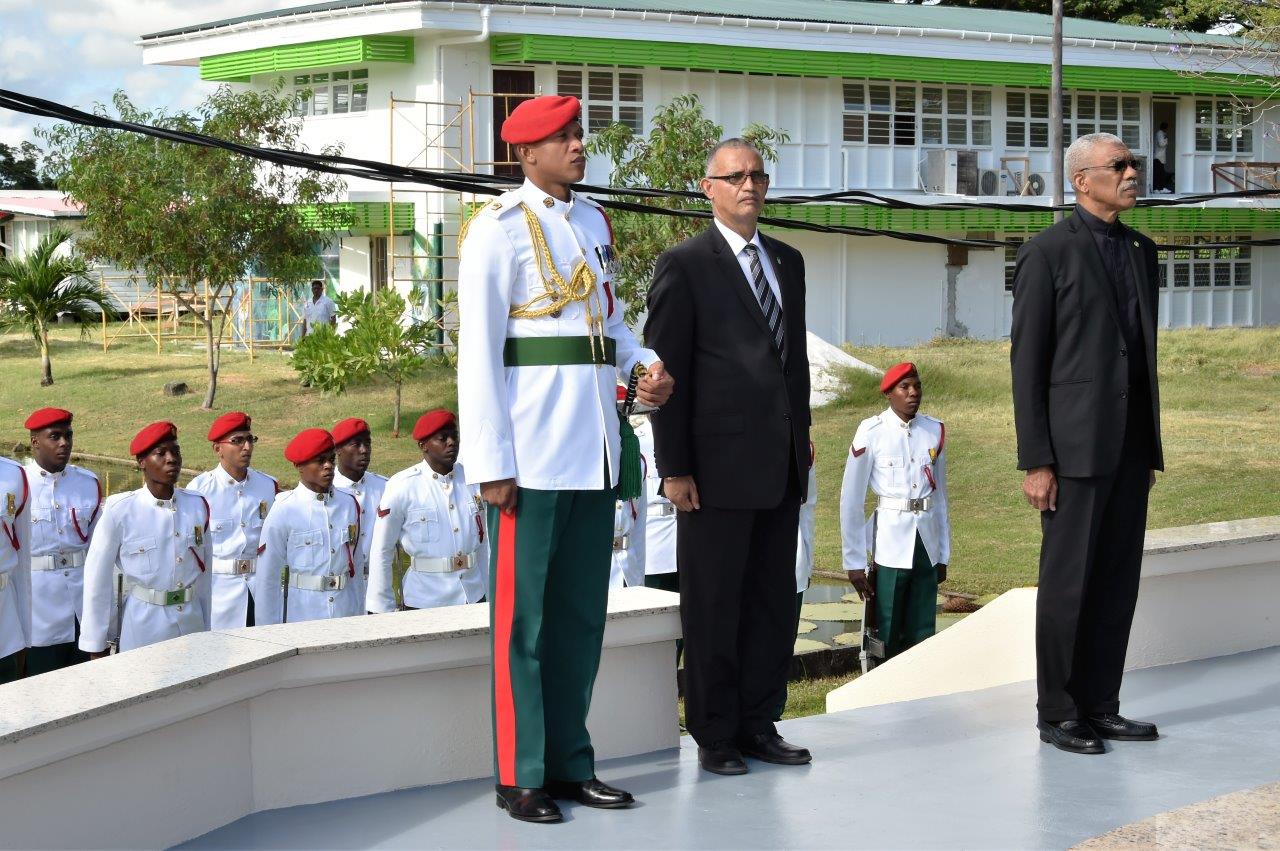 Georgetown, Guyana – (October 6, 2016) President David Granger, this morning, recommitted to ensuring that Guyana remains a zone of peace even as he noted that Guyana will continue to honour the martyrs, who have gone before, when he joined relatives of the victims of the Cubana Air Disaster, Ministers and other officials of the Government and officials of the Cuban Embassy here in Guyana at the Cubana Air Disaster Monument at the University of Guyana’s Turkeyen Campus, to commemorate the 40th anniversary of the catastrophe.

The plane went into a rapid descent, while the pilot unsuccessfully tried to return to the Airport. A second bomb exploded, during the following minutes, causing the plane to crash. Forty eight passengers and 25 crew members lost their lives that day. The Guyanese on board included students and members of their families, who were on their way to Cuba to study in a number of disciplines, including medicine and engineering. Also on that ill-fated flight were five North Koreans and Cuban passengers and crew members.

His Excellency, President David Granger observing a minute of silence for the victims of Cubana Air Disaster.

The Guyanese Head of State said that on this date Guyana will always recall with anguish the loss of life, which resulted from the bombing of Cubana de Aviación Flight CU-455. Though 40 years have elapsed since this the attack on the small states of the Region, the President said that the passage of time has not diminished the pain felt by the relatives of the 11 Guyanese who perished nor that of Guyana.

“The Cubana terrorist attack ensnared the Caribbean Community in a Cold War conflict, which was not of the Region’s making. The terrorist attack constituted an assault on the freedom-loving peoples of the Caribbean. It was an attack on the right of the small states of the Region to determine their international relations in their own national interest. The Heads of State and Government of the Caribbean Community and Cuba, at the Second CARICOM-Cuba Summit in Barbados in December 2005, urged the government of the United States of America to consider favourably, the request for the extradition of the suspect to Venezuela in order to ensure that he is brought to justice on charges of terrorism, in accordance with states’ obligations under international law and their own national legislation,” the President said. 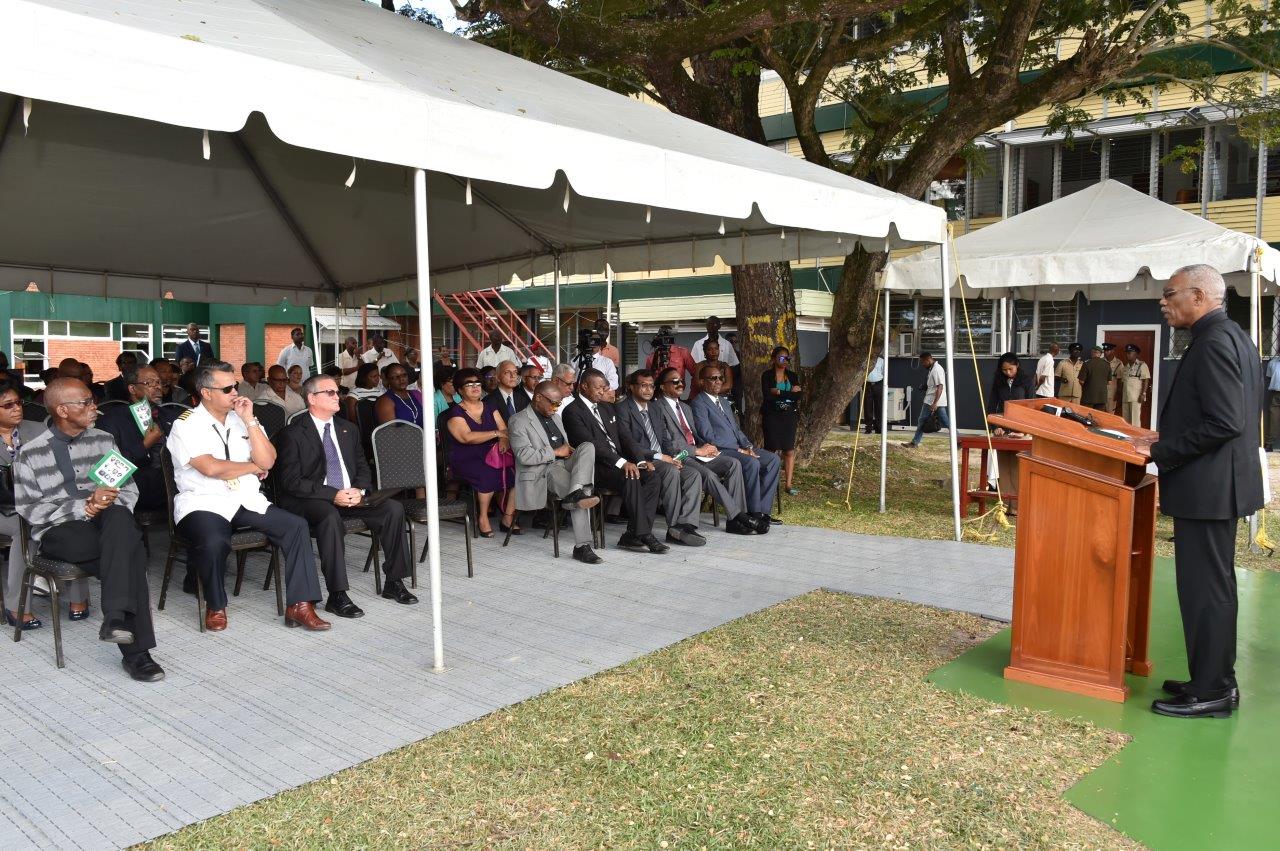 Guyanese, today, President Granger said, remember the victims of the Cubana terrorist attack and assemble before a monument, which memorialises the human cost of terrorism and to consider the political cost to small states, which seek to exercise their sovereignty and independence.

He noted that by remembering the horror of the past at this solemn commemoration, it is intended that present and future generations of Caribbean citizens can be spared the recurrence of such transnational crimes.

“The observance of the 40th anniversary of the Cubana terrorist attack takes place in the year that Guyana celebrates its 50th anniversary of its political independence. We recall that our national independence was won by the sacrifice of those, who were prepared to give their lives for the principles for which they stood. Let it not be that the blood of the victims of this terrorist attack was shed in vain. Guyana abhors the crime of international terrorism, whenever and wherever it occurs. Guyana honours the memory of the martyrs of October 6, 1976. We will never forget them,” President Granger said. 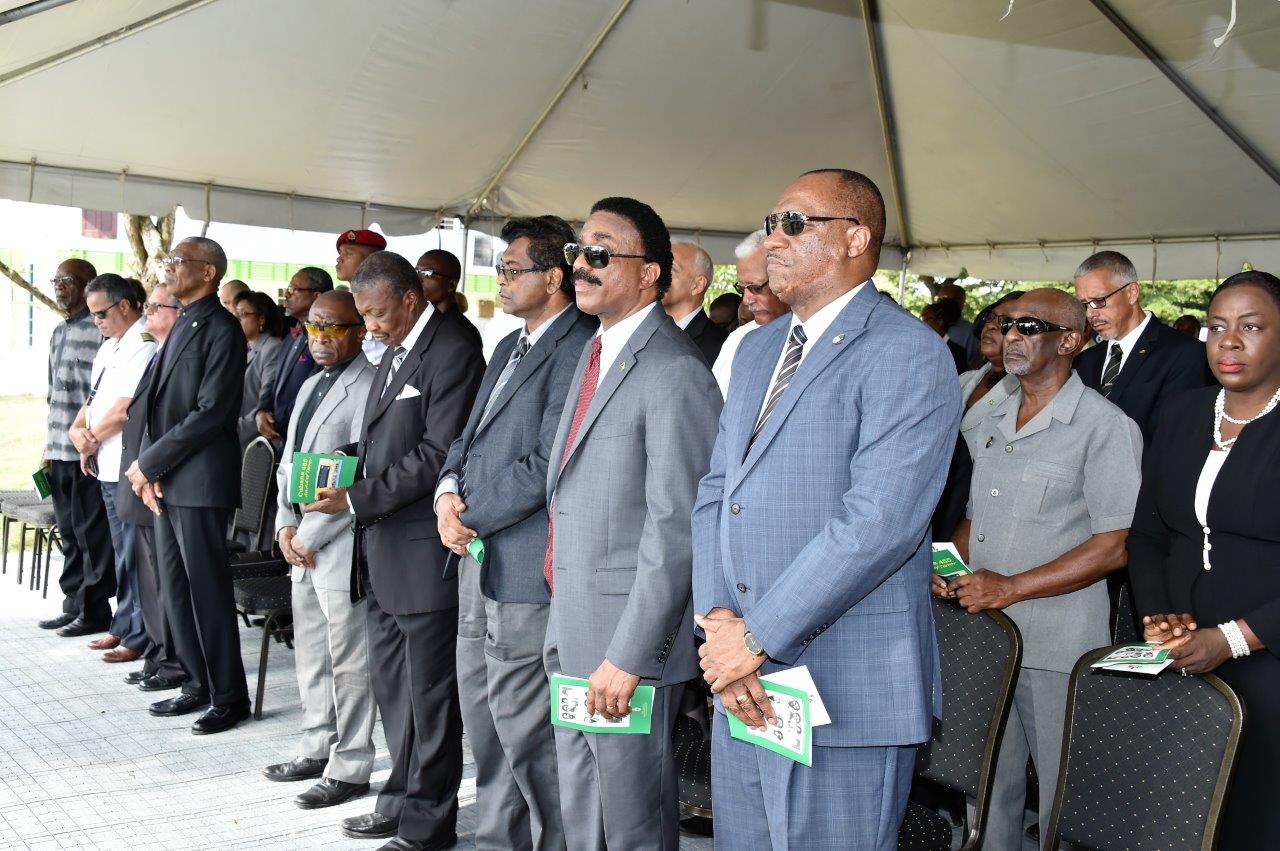 Speaker of the National Assembly, Dr. Barton Scotland, Acting Prime Minister and Minister of Foreign Affairs, Carl Greenidge and other Ministers of the Government, at the commemoration ceremony held earlier today.

Cuban Ambassador to Guyana, Mr. Julio Cesar Gonzalez Marchante, in his remarks, said that the victims were humble workers or students and athletes, who fulfilled with modesty and dedication the tasks, which were assigned by their homelands.

This commemoration, Ambassador Marchante said, will reaffirm the unbreakable will of Cuba to fight terrorism, its deepest rejection and condemnation of all acts, methods and practices of terrorism in all its forms and manifestations by whomever, against whoever and wherever they are committed, whatever their motivations are, including those in which States are directly or indirectly involved.

He noted that Cuba recognises that much still remains to be done in the fight against terrorism even as he called on the international community to take concrete steps towards the adoption of a General Convention on this scourge to define it in its entirety.

“This monument is a remembrance…which also constitutes encouragement in the battle that together we fight against this scourge. On this day, our belief in the strength of patriotism and internationalism are reaffirmed as bastions of the struggle of honest and worthy men of this world and as a guarantee of a victorious future. Our crew, athletes and compatriots cowardly killed on that day will live forever in the hearts of our people and will continue to be the inspiration in the battle against terrorism and for a more revolutionary, more internationalist and socialist homeland. Family members and fellow countrymen of the Guyanese and North Korean brothers cruelly killed, you must know that they will also remain forever in our fervent memory; and by reminding us that terrorism has no borders, they will be a spur in our common struggle,” Ambassador Marchante said. 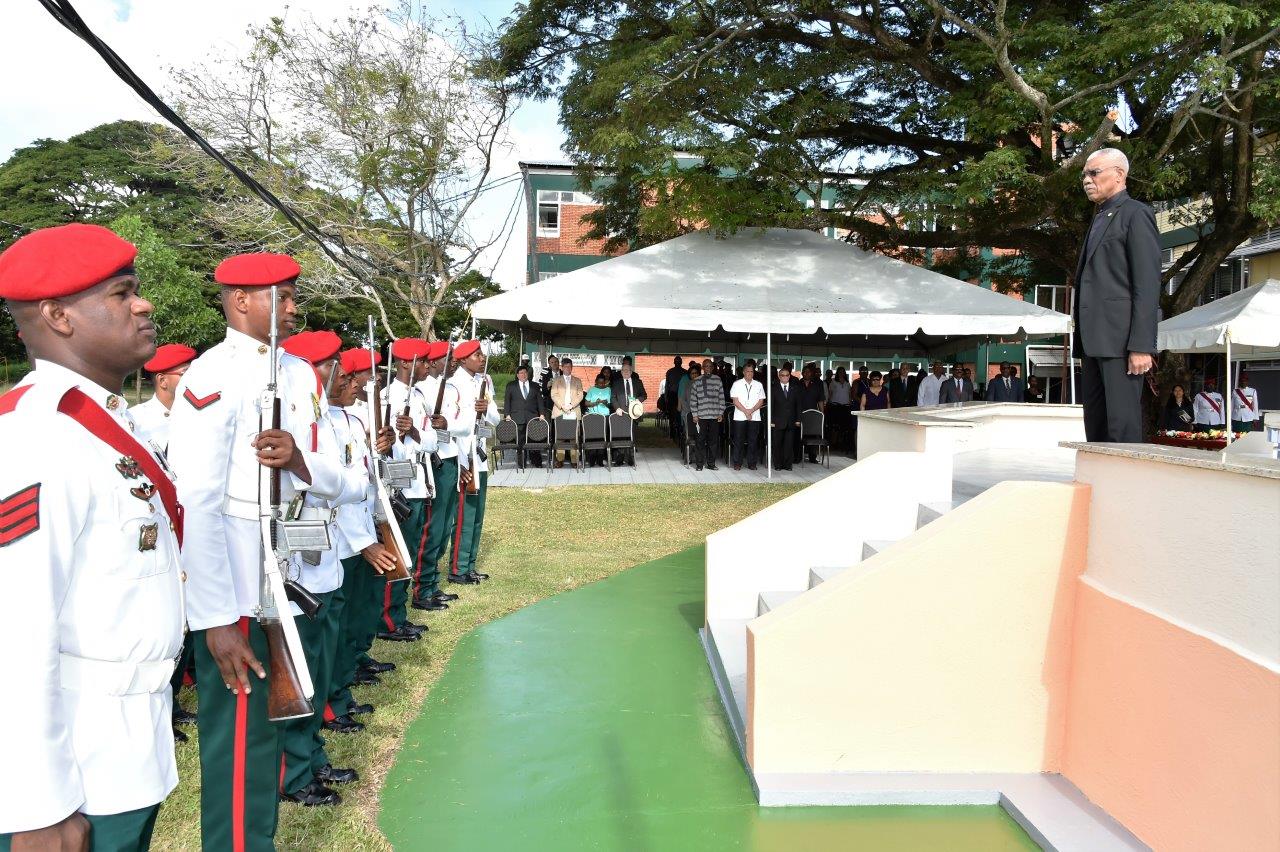 President David Granger takes the Presidential salute from the ranks of the Guyana Defence Force, upon his arrival at the event held earlier this morning.