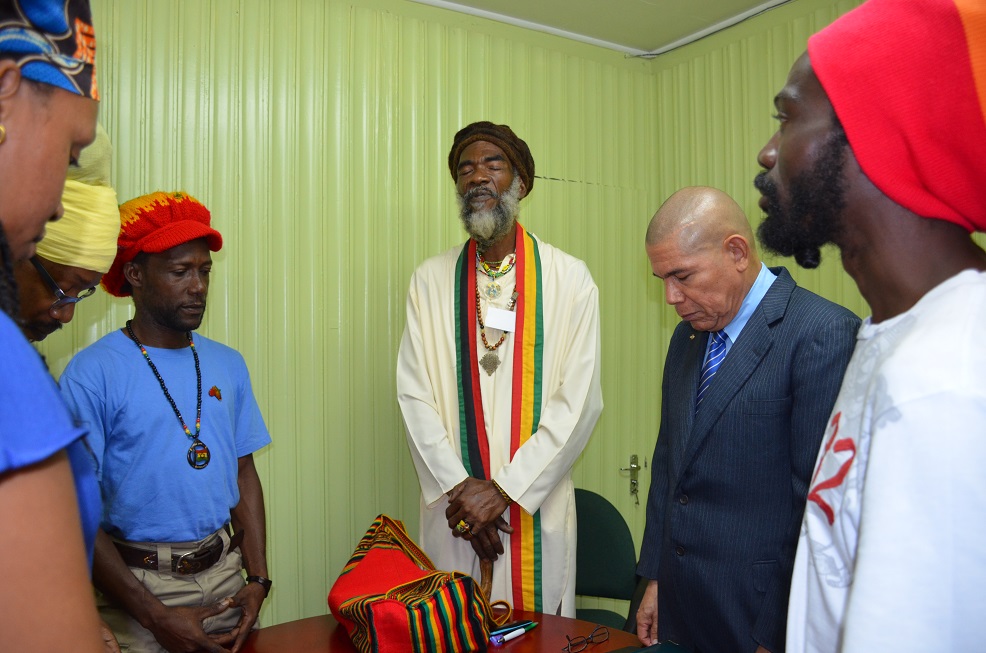 Georgetown, Guyana – (October 4, 2016) First Lady, Mrs. Sandra Granger, yesterday, said that she was optimistic about the impact that the Lusignan Youth Development Initiative will have on its beneficiaries, at a simple opening ceremony, held at the Lusignan Primary School.

Mrs. Granger said that the initiative was birthed from an idea she had about involving parents in the delivery of education to their children. The first project under this initiative was introduced last year in Buxton at the Buxton/Friendship Primary School. “I have to say, based on the results in Buxton, I have high hopes for Lusignan as well because we had kids who had started Grade Four in the Buxton/Friendship area who did not know [how] to read and by the end of the year… there was great improvement,” Mrs. Granger said.

First Lady, Mrs Sandra Granger delivering remarks to teachers and students of the Lusignan Primary School at the launching of the Youth Development Initiative at that school.

Over the past couple of weeks Mrs. Granger met with teachers and parents of students from this school about the initiative and although there were minor setbacks, she believes that they had shown a keen interest in the programme and, therefore, took a decision to go ahead with it. “We felt that since the teachers were so engaged in it [the meetings] we would go ahead with it… What this project aims to do, basically, is to look at the students in the school and help them to achieve their full potential,” the First Lady said.

Meanwhile, Acting Head Mistress of the Lusignan Primary School, Ms. Loretta DosSantos said that the Initiative aims to make the school and community better. “You parents play an integral role in this the education process… Do not feel what we’re doing here is a waste of time. In time to come, you will see the benefits,” Ms. DosSantos said. 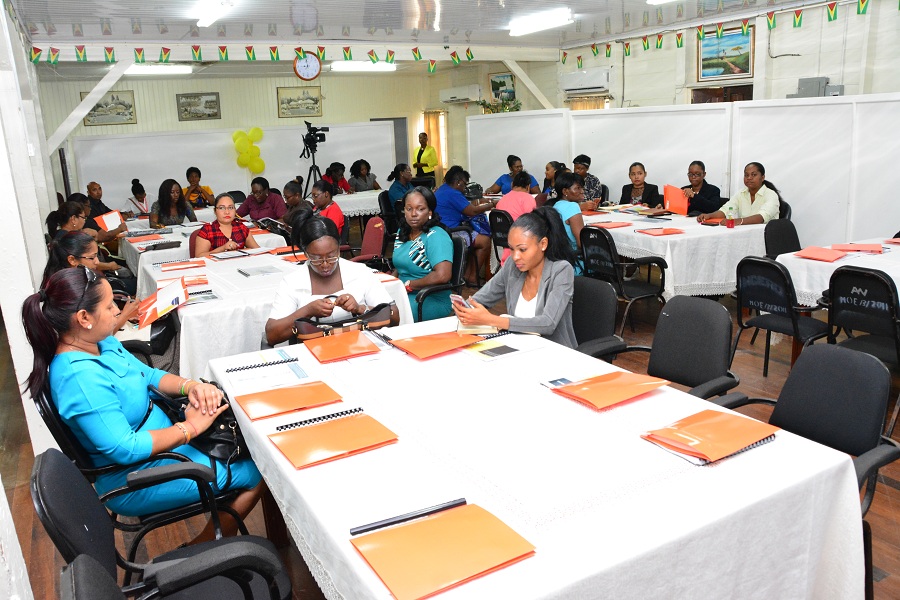 In an invited comment, she expressed confidence about the impact that the initiative will have on the students’ development. “I believe that the children, who are benefiting from this programme would be better off academically, in the areas of mainly, literacy and numeracy… I told the teachers we have to work assiduously to ensure that each child is being given what this programme intends for them to have.”

Several parents expressed appreciation about the First Lady’s initiative and vowed to support their children at home. Mr. Brentnol Halley whose son Jamal Halley is a Grade Four pupil at the school, said he was pleased that the First Lady introduced the project in the school. “For me, as a father I will see that he’s in school and in school regularly… I will play my role at home… I will do what I can do,” he said. 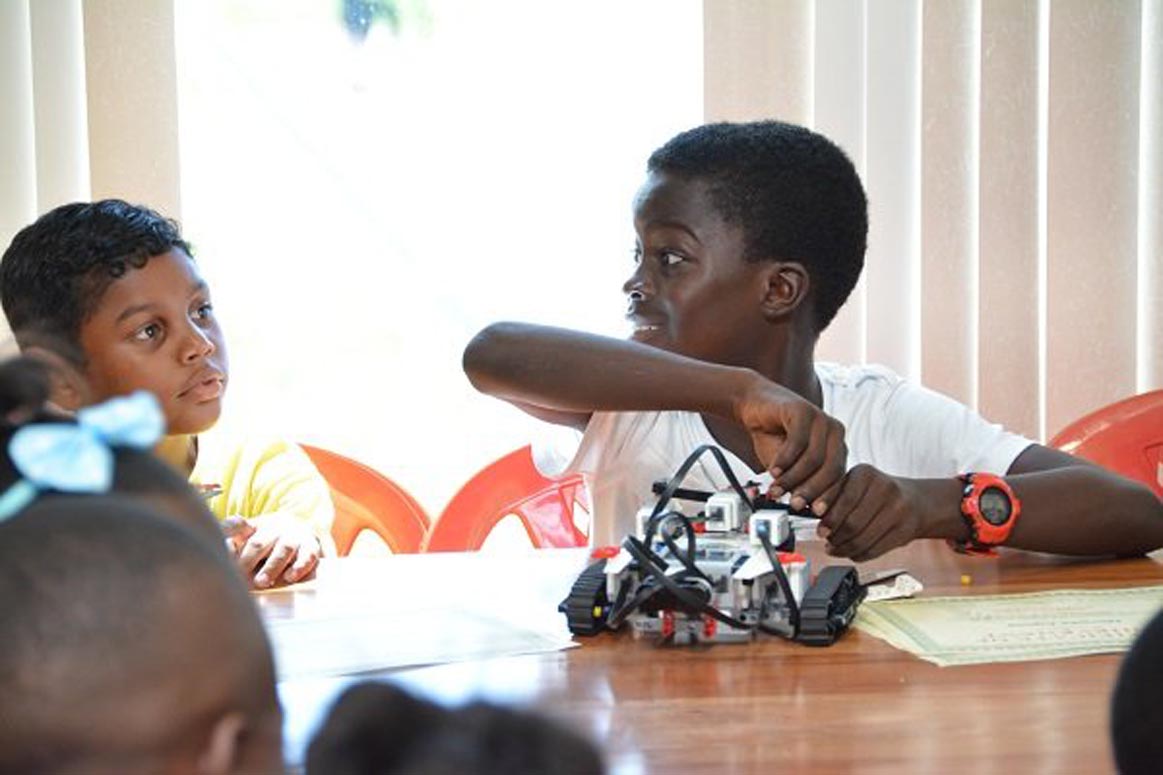 Mr. Brentnol Halley with his son Jamal Halley, who will be participating in the programme.

Ms. Marina Premsukh, whose daughter Hema Persaud is a Grade Five pupil at the school, shared similar sentiments. “This is something good to help the small ones…My [kids are] slow, but I expect better things [before the] year is out, they must learn to read,” she said.

The Initiative is expected to last throughout this school year. Initially, 50 students were targeted for the programme but that number was increased to 80 following feedback from the school. Sessions are expected to be held from Monday to Wednesday, and will focus on Reading and Mathematics. 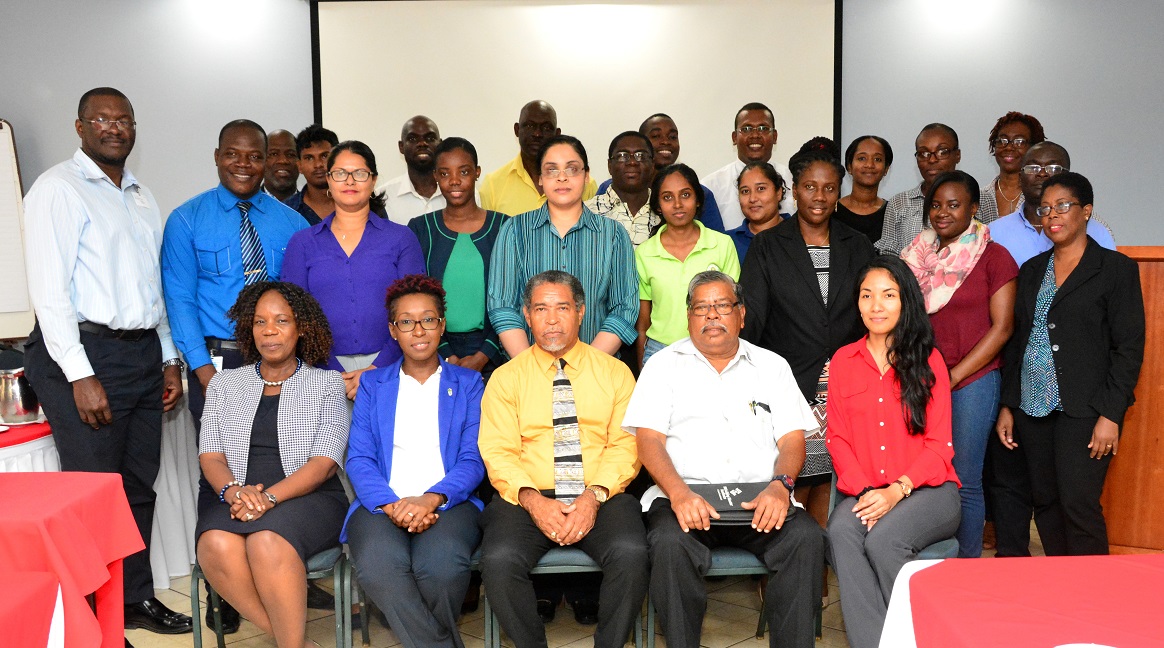 Ms. Marina Premsukh with her daughter Hema Persaud, a Grade Five student who will be participating in the programme.