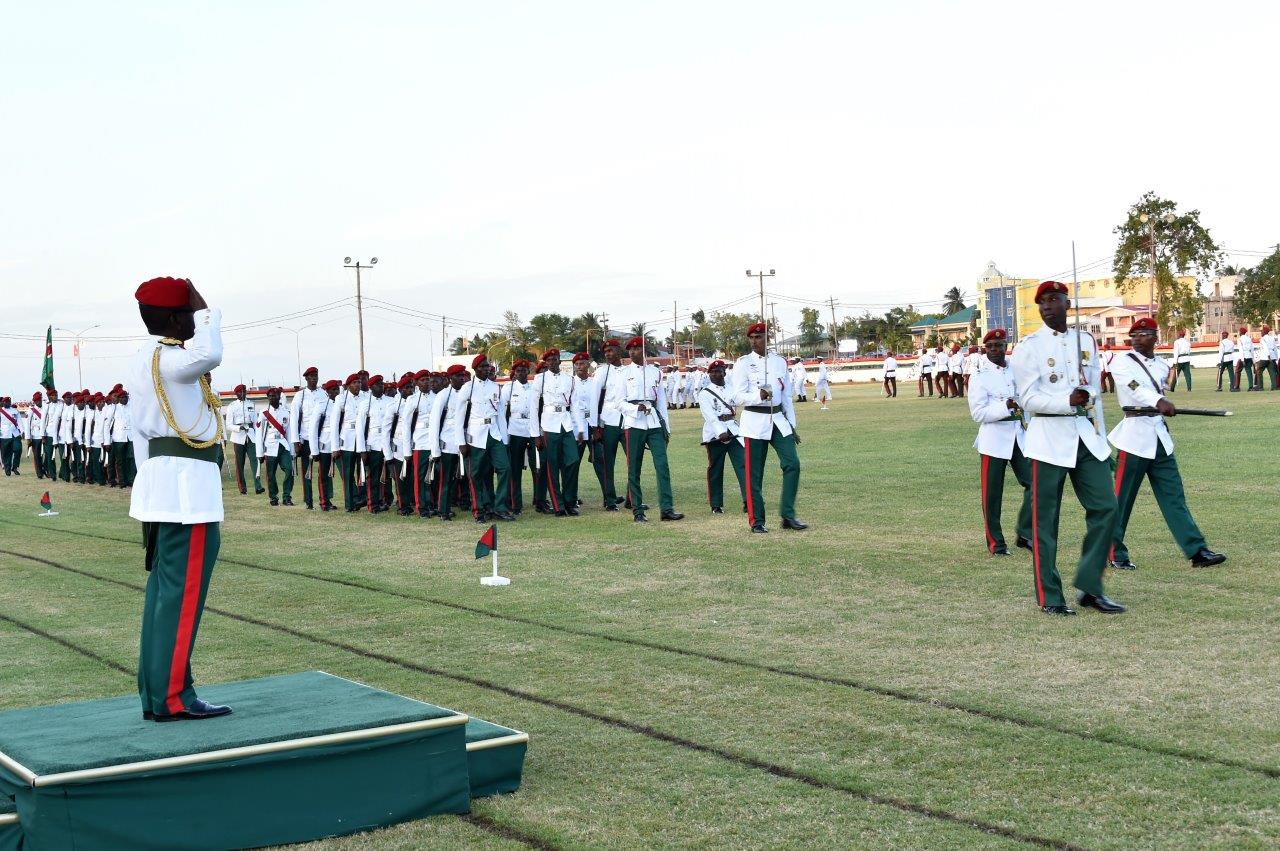 Georgetown, Guyana – (October 3, 2016) Former Chief of Staff of the Guyana Defence Force (GDF) Brigadier (Retired) Mark Phillips, this afternoon, ceremonially handed over the command of the GDF to the new Chief of Staff, Brigadier George Lewis, at a Change of Command Parade at the GDF Sports Ground. President David Granger swore in Brigadier Lewis, earlier today.

Brigadier George Lewis is saluteed from the ranks of the Guyana Defence Force at the Change of Command Parade, held earlier this afternoon to bid farewell to the outgoing Chief of Staff, Brigadier (Ret’d) Mark Phillips.

Brigadier Phillips, in his final address to the ranks of the GDF, said that this tenure has been one, which has spanned more than three decades, and he remains grateful for the opportunity, which had been given to him to serve in country in such a capacity. 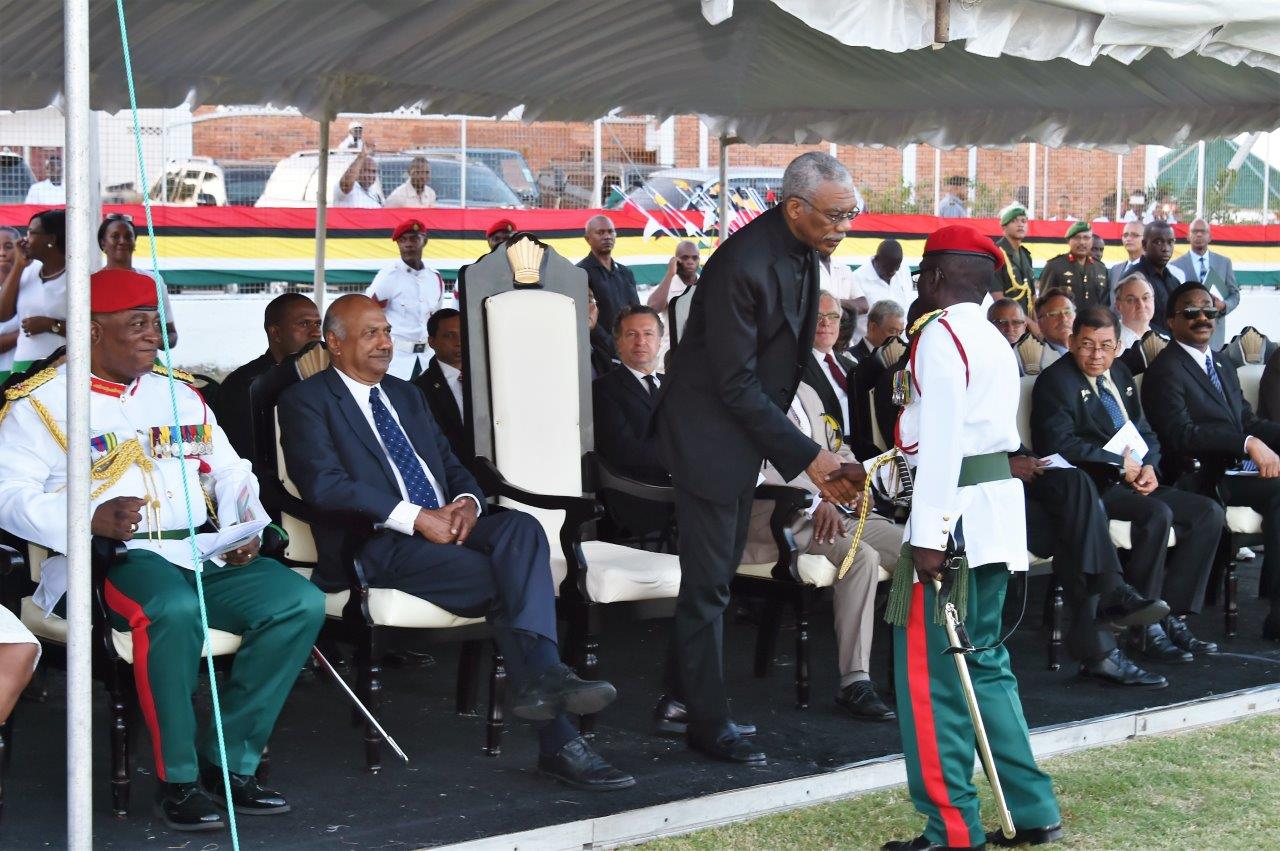