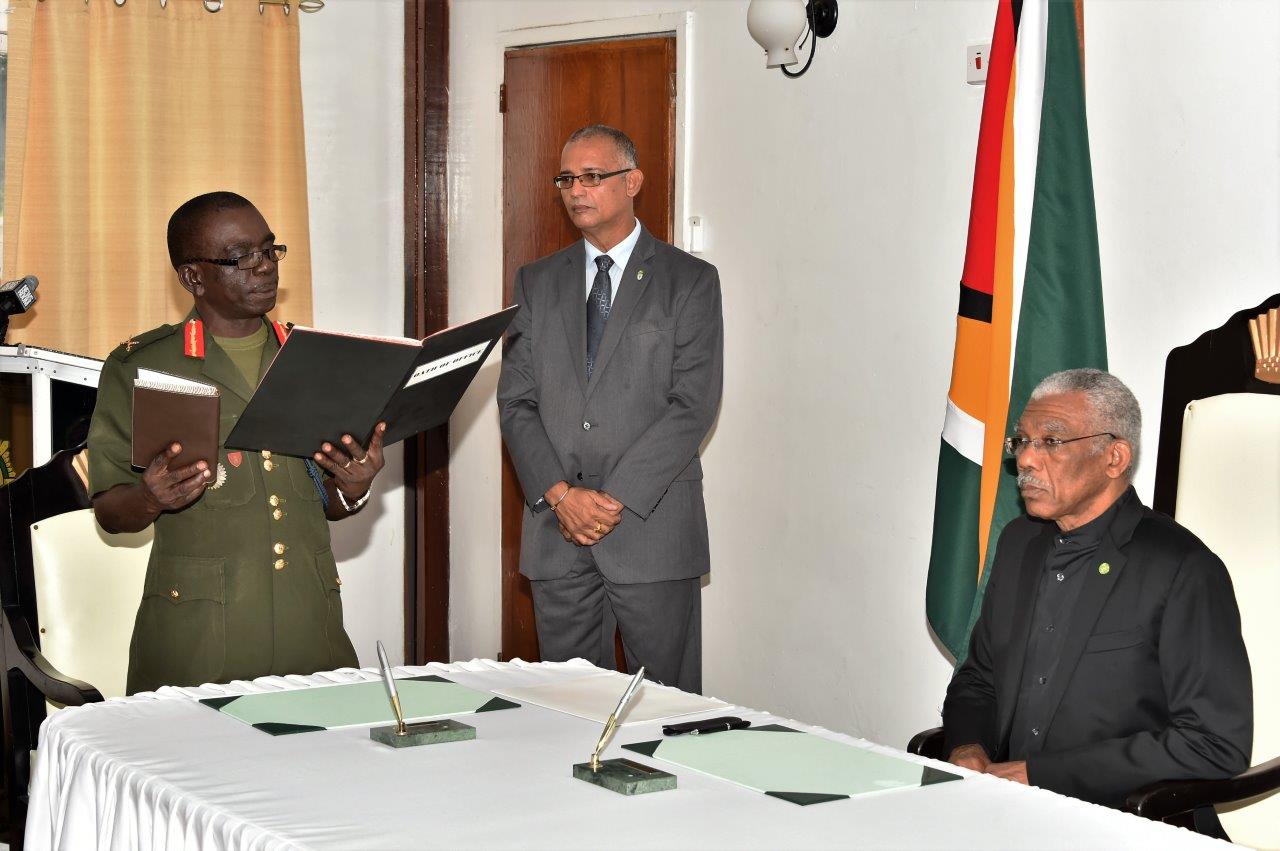 Georgetown, Guyana – (October 03, 2016) Pursuant to a decision taken by the Defence Board on September 28 and in keeping with the succession policy of the Guyana Defence Force (GDF), President David Granger, today, promoted Colonel George Allan Lewis to the rank of Brigadier, before swearing him in as the ninth Chief of Staff of the Force. Acting Prime Minister and Minister of Foreign Affairs, Mr. Carl Greenidge and Minister of State, Mr. Joe Harmon also attended the ceremony, which was held at Base Camp Ayanganna.

President David Granger, in his remarks, informed that the Defence Board deliberated and decided that on the retirement of Brigadier Mark Phillips, the most suitable senior officer to be appointed as his replacement is Brigadier Lewis. “The Board is confident that Brigadier Lewis is the most senior and best qualified officer to perform the functions of the high office of Chief of Staff…the Defence Board has functioned entirely within the ambit of the law,” he said.

The President also thanked Brigadier Phillips for his service as Chief of Staff since August 2013. He enlisted in the Army as an Officer Cadet in December 1980 and was commissioned on February 17, 1982 after attending the Officer Cadet training at the Royal Military Academy Sandhurst (RMAS).

President Granger added that the Defence Board was particularly satisfied with Brigadier Phillips’ conduct of the two military exercises, GREENHEART and HOMEGUARD and the administrative preparedness and operational readiness of the Force during his tenure. 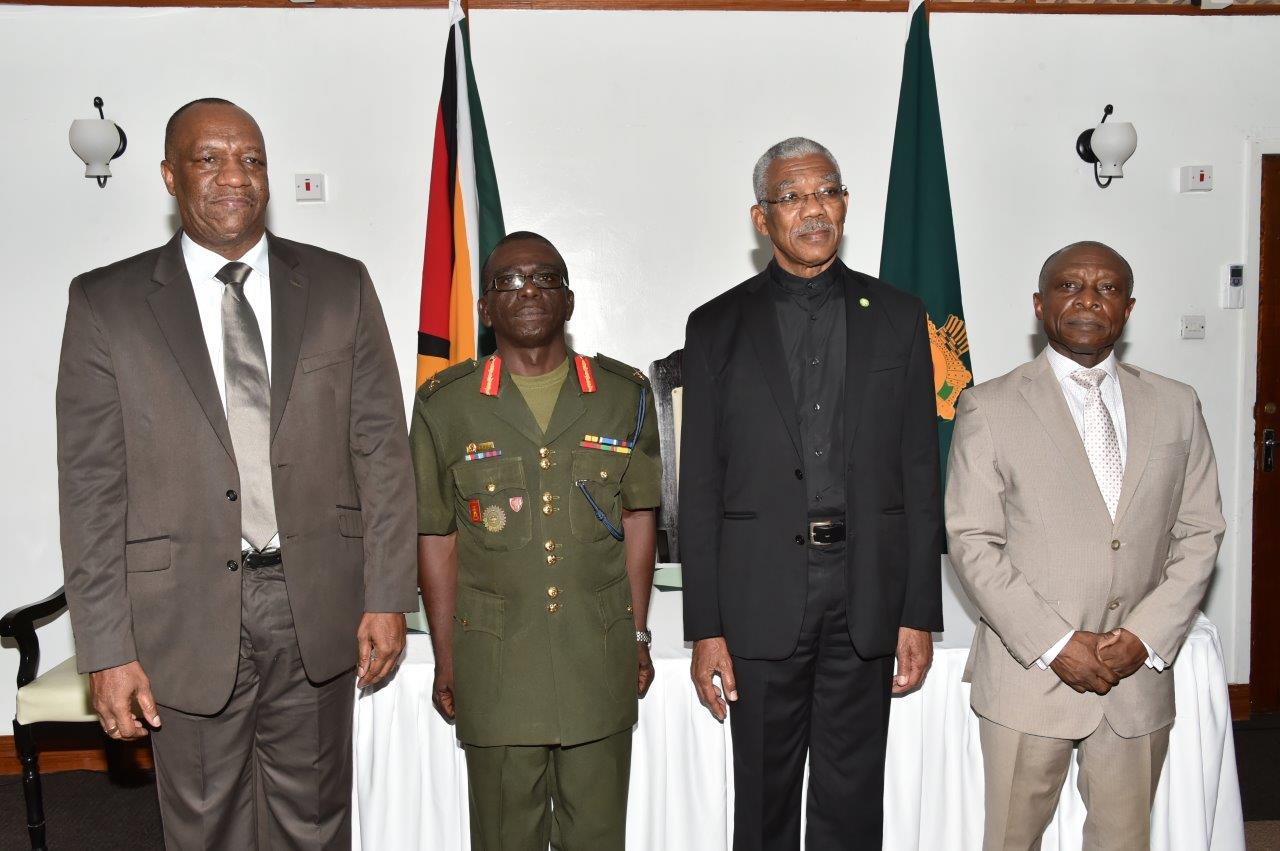 Brigadier Lewis, who enlisted in the Army on September 1, 1981, was commissioned after completing the Standard Officers’ Course (SOC) No.11 in August 1982. After taking the Oath of Office, the new Chief of Staff said that his new appointment is one which he had envisioned since first he joined the Force several years ago.

His immediate plan for the Force is to ensure that there is some amount of recapitalisation and acquisition of new equipment for the Force to strengthen border protection capabilities. “We in discussion with the Guyana Defence Board [and] we have identified the issues and we are working to resolve them,” he said.

Meanwhile, Brigadier Phillips, who served the Force with distinction during his three-year stint, described himself as an “all-rounder”. He said that in the early years of his military he had a deep interest in Special Forces type training such as jungle, amphibious, parachute training.

However, after he gained the rank of Major Lieutenant Colonel, his focus shifted human resources management, financial management and operational planning. “On becoming Chief of Staff, I considered myself well-rounded and prepared for [that] appointment and perhaps that is the reason why during my tenure it was less stressful and more of an opportunity to serve in the interest of the Guyanese people,” Brigadier Phillips said.

Speaking about the legacy he is leaving behind in the GDF, he said that, “I am leaving a team of officers, who are well-trained and well-experienced under my command. We have started a process that we refer to as operational readiness, where we improve our ability to conduct operations in any part of Guyana using whatever resource we have and more importantly improving the quality of life on all military bases and locations throughout Guyana.”