‘Plant a tree that will help to feed your family’ 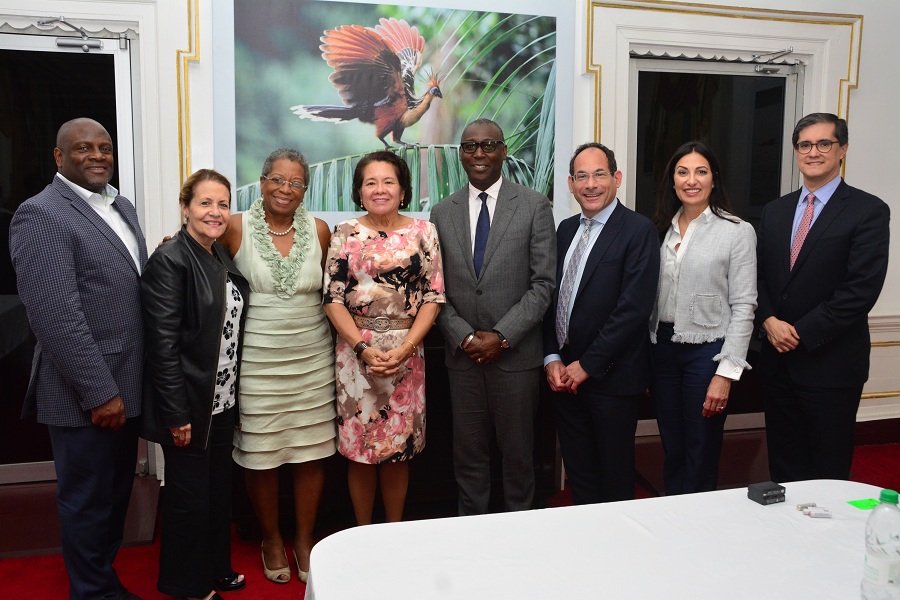 Georgetown, Guyana – (October 1, 2016) The Ministry of the Presidency, today, hosted a tree planting exercise in observance of National Tree Day, which also coincides with the beginning of Agriculture Month. The activity was held in the compound of the Department of Public Service at D’urban Street and Vlissengen Road.

Minister of State, Mr. Joseph Harmon, in his address at the event, said that the current Administration inherited a programme called the Low Carbon Development Strategy (LCDS), which was meant to reduce carbon emissions. However, the Government, as part of its ‘green’ agenda, has expanded on that programme. “National Tree Day forms a part of that strategy to ensure that we have a greener Guyana, which will help us to feed ourselves,” he said.

Minister of State, Mr. Joseph Harmon (second, right) looks on as some staffers assist Permanent Secretary of the Ministry of the Presidency (Ag.), Ms. Abena Moore to plant a tree in the compound of the Department of Public Service at D’urban Street and Vlissengen Road.

The Minister also spoke of the Government’s plan to establish a Department of the Environment with the aim of ensuring that the environmental architecture of Guyana is fixed in a way that can sustain the country for a long time. That department was officially launched later in the day it the Iwokrama International Centre for Rainforest Conservation, where President Granger attended a National Tree Day exercise, organised by the Ministry of Agriculture.

“We want to send [a message] to the rest of the world that we take our environment serious… Today the exercise of planting these trees is an exercise in assisting us in providing a better quality of life not only for Guyana but for the world… Plant something that will not only help with the green coverage in Guyana, but will also help to feed you and your family,” Minister Harmon said. 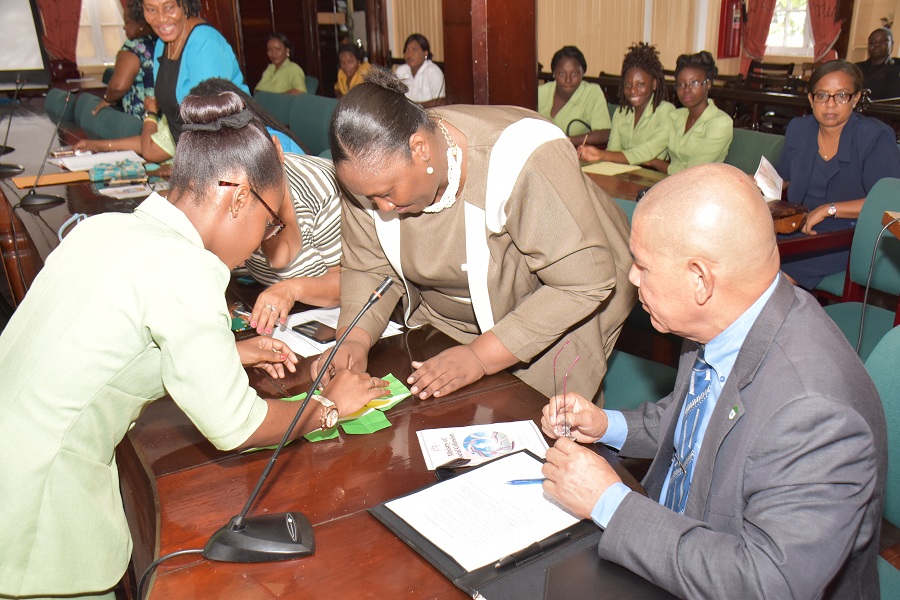 National Tree Day, which was launched by President Granger last year, will be observed every first Saturday in October in coming years to promote environmental consciousness and the development of Guyana’s ‘green’ agenda.