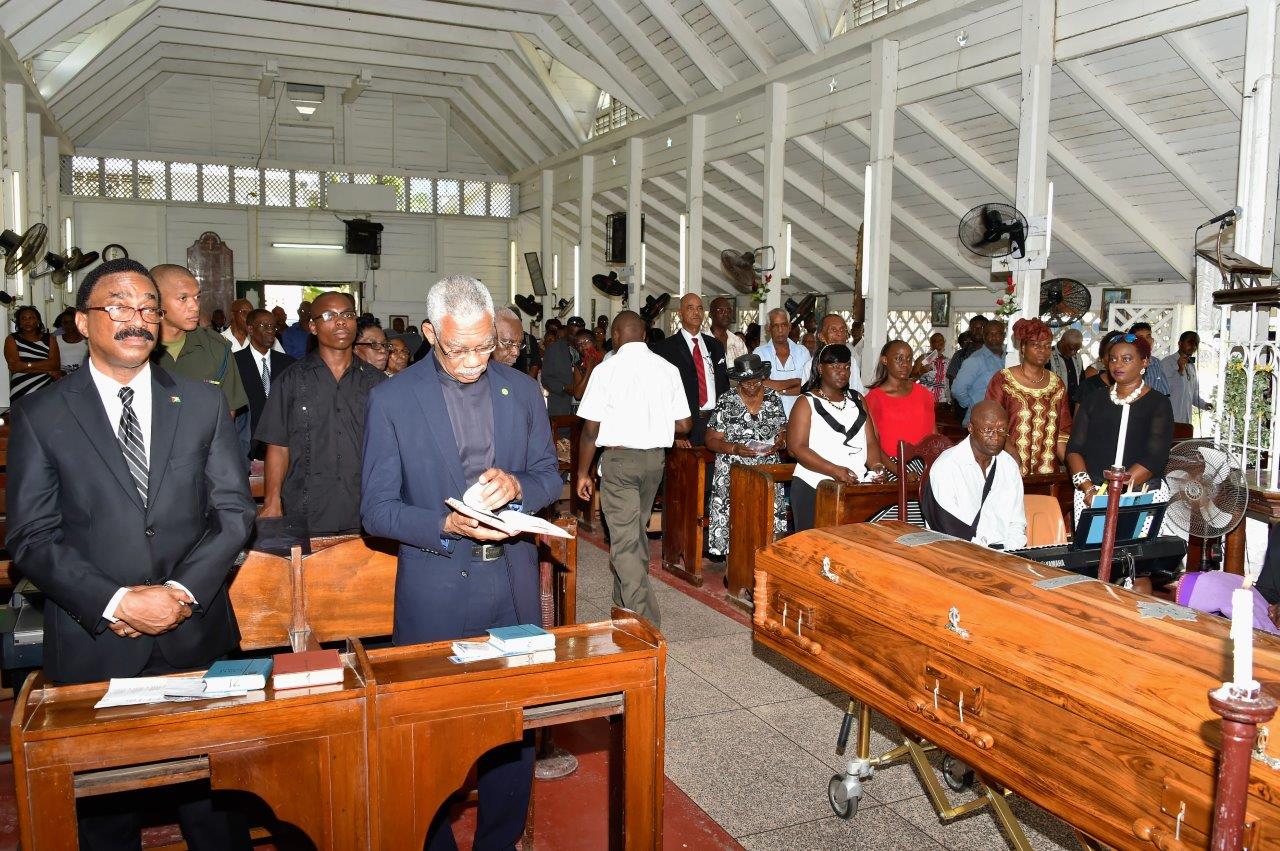 Georgetown, Guyana – (September 30, 2016) President David Granger, this morning, attended the funeral service of former Regional Minister and Minister of Forestry, the late Mr. Fitz Uriel Alexander Carmichael, who died on September 22 at the age of 81. The service was held at the St. James The-Less Anglican Church, Kitty, Georgetown.

Attorney General and Minister of Legal Affairs, Mr. Basil Williams, who spoke on behalf of the People’s National Congress (PNC), described the former Minister as a staunch member of the Party, which he served illustriously. He recalled his exchanges with Mr. Carmichael at past Party congresses and said that, “he was always prompted to offer advice in terms of improving the People’s National Congress.”

The late Mr. Carmichael was born on August 10, 1935 at No. 28 Village, West Coast Berbice. He was the eldest of four children. He was a trained teacher, who was posted to several locations including Suddie, Hopetown and Port Kaituma.

In 1973, he was elected a member of the National Assembly representing the PNC and served as Regional Minister of the Northwest District, Barima-Waini (Region One) and Lethem-Rupununi, Region Nine until 1981. He was then appointed Minister of Forestry in the Ministry of Agriculture.

He leaves to mourn his son, Mr. Kenwyn Carmichael, his sister Ms. Myrtle Stewart and other relatives.

Message of Condolence from His Excellency Brigadier David Granger, President of the Cooperative Republic of Guyana, on the passing of Professor Emeritus, Dr. Doris Elrina Rogers