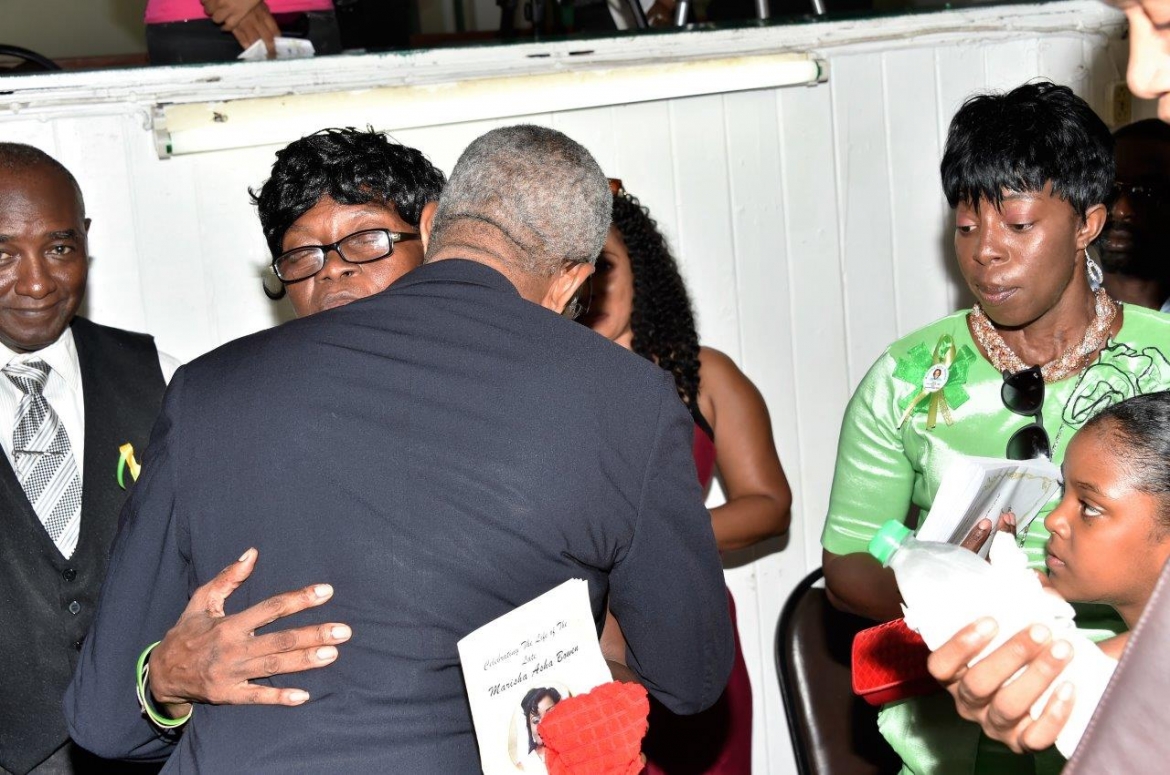 Georgetown, Guyana – (September 30, 2016) President David Granger, this afternoon, attended the funeral service for the late Ms. Marisha Asha Bowen, who was found dead in her Nassau, Bahamas apartment on September 9 with multiple stab wounds. The service was held at the Jesus Deliverance Mission International Church located at Thomas and Alexander Streets, Kitty.

Ms. Bowen, a Guyanese by birth, migrated to the Bahamas three years ago, where she taught at the Charles W. Saunders School. She was an active member of the People’s National Congress (PNC) and the Guyana Youth and Student Movement (GYSM).

Minister Williams who delivered a tribute on the Party’s behalf, described Ms. Bowen as a beautiful and vivacious woman of energy and commitment. He said that she was an inspiring life whose light has been brutally snuffed out.

“I trust that the young people in this party will try to emulate her. She made an indelible mark in her service to the People’s National Congress,” he said.

The Minister also spoke out against senseless interpersonal violence and urged Guyanese to avoid situations of anger that could lead to loss of life. 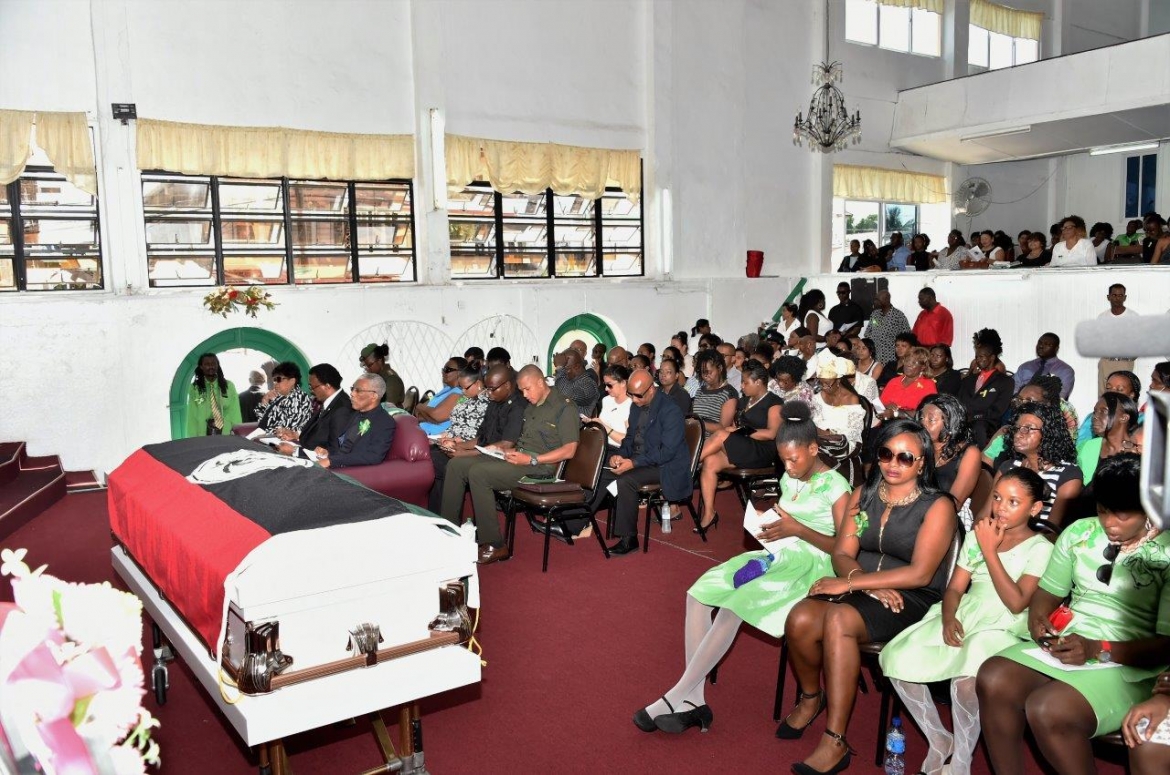 The PNC flag draped over the casket bearing the body of the late Ms. Marisha Bowen

Marisha Bowen was born on August 4, 1981 to Ms. Angela Earl and the late Mr. Steve Bowen. She graduated from the Cyril Potter’s College of Education (CPCE) and the University of Guyana with a Degree in Primary Education. She later pursued her Master’s Degree at the Walden University.

Message of Condolence from His Excellency Brigadier David Granger, President of the Cooperative Republic of Guyana, on the passing of Professor Emeritus, Dr. Doris Elrina Rogers