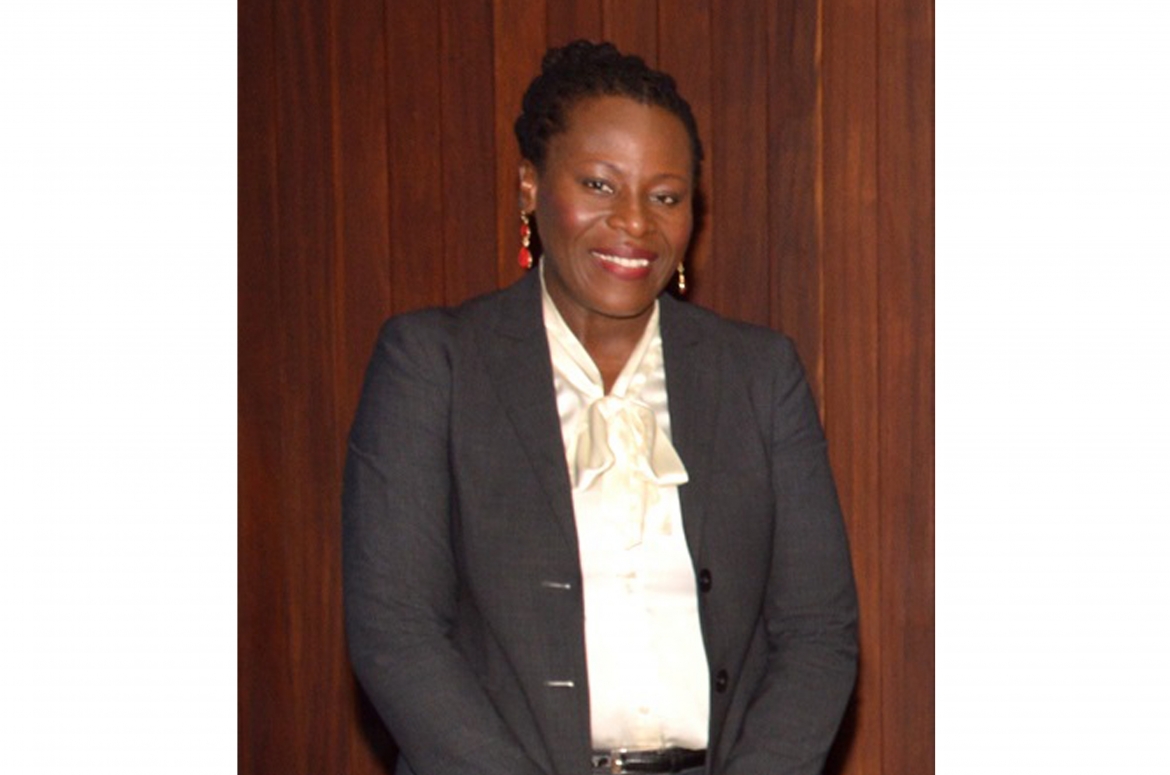 Georgetown, Guyana – (September 30, 2016) With a packed mandate for Guyana’s development along a green pathway, the government has held true to its promise of establishing a Department of Environment (DoE), which will be headed by Advisor on Climate Change at the Ministry of the Presidency, Ms. Ndibi Schwiers.  Her appointment as Head of the department will be officially announced tomorrow on National Tree Day at Iwokrama by President David Granger. Ms. Schwiers holds a Bachelor of Science (BSc) in Forestry and a Master of Science in Environmental Pollution Management. She holds core competencies in Environmental Regulations, Environmental Management, Waste Management among other related areas.

The Department, which falls under the Ministry of the Presidency, will oversee the activities of environmental compliance and management, protected areas development and management, national parks management and wildlife conservation and protection. It will be directly responsible for the Environmental Protection Agency, Protected Areas Commission/National Parks Commission and the Wildlife Division.

Prior to the establishment of the Department, these agencies fell under the aegis of the Ministry of Natural Resources, but President Granger has identified the need to separate matters of biodiversity protection and management from the extractive industries.

“The President has articulated his strategic vision for the development of the country along a green path. His vision is gaining traction in Guyana and internationally. One of the key elements of this green economy is environmental sustainability. So now, more than ever before, there is a need to place emphasis on improving the quality of the environment,” Ms. Schwiers said.

The Department will also work closely with other government agencies with an environmental mandate, research agencies, the private sector, civil society and Non-Governmental Organisations (NGOs) to advance the government’s mandate. “The Department will not seek to usurp the role or functions of these agencies, but will coordinate its mandate so that it can catalyse actions so as to improve environmental management nationally,” the Head of Department said.

A key point to note, she said, is that the environment is a complex and interrelated, unified system. However, the current assignments of various agencies do not reflect this primary characteristic. “We tend to operate separately, so that is how we need to start looking at the environment. So the department acts as a means of ensuring that the work of these agencies is coordinated; so that the elements of the environmental are treated holistically,” she said.

With its core focus centred on the development of policies and programmes that will achieve its mandate within the country’s ‘Green Agenda’, the first order of business for the Department would be to meet with the related agencies and Ministries to assess those policies and programmes, which currently exist.

“There exists a plethora of policies on the environment along with various pieces of legislation that guide the functions of these agencies. The Department will have to get an understanding of what currently exists [and] then see where gaps lie. When we do that then we will be able to develop bridging policies to deal with those gaps,” she said.

The Department has also begun consultations with the United Nations Development Programme (UNDP) for the continued development of a green strategy approach, which surpasses the Low Carbon Development Strategy (LCDS). Other areas of focus include coastal zone management, waste management and other priorities, but the establishment of the right policies to tackle these issues remains paramount. “A lack of policies is a precursor to catastrophe, so the setting up of the DoE is a far reaching step by the government so that we ensure that Guyana not only keeps reference of our potential, but that we work towards ensuring that we can harness that potential,” she said. She added that environmental sustainability is one of the tenets of sustainable development, therefore, much focus has to be placed on the strategic steps that will be taken so as to achieve the sustainable development that will go hand in hand with Guyana’s Green Agenda.

The Department of Environment was officially gazetted on September 1, 2016 and holds the mission: “To develop a robust, world-class environmental system that safeguards the integrity of the natural environment and protects public health through the development and adoption of appropriate, sustainable and coherent policies and programmes. It will further work to nurture this system through the utilisation of best available science, up to date information and the engagement of all stakeholders to effectively advance the environmental initiatives of the government for the benefit of all Guyanese and the global community.”

The establishment of the DoE is seen as a critical one which will help to advance the “greening” of Guyana’s Economy which aims at the long term well-being of the country and is a goal which President David Granger believes holds the key to environmental sustainability and economic development in Guyana.